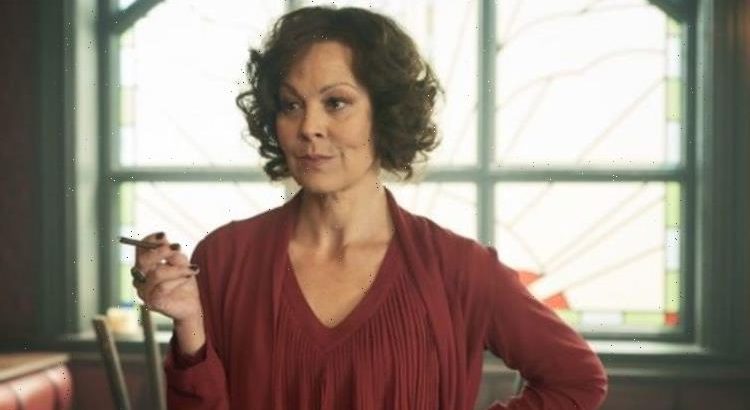 Peaky Blinders is the award-winning gangster drama set in Birmingham after the First World War. Helen McCrory’s Aunt Polly was a force to be reckoned with in the drama and it is impossible to imagine anybody else taking on the role. However, things could have been very different if McCrory’s mind was not changed. Why did Helen McCrory initially turn down the role of Aunt Polly in Peaky Blinders? Express.co.uk has everything you need to know.

Why did Helen McCrory initially turn down Aunt Polly role?

She is also the treasurer of the Peaky Blinders, a certified accountant and company treasurer of Shelby Company Limited.

When her nephews were fighting on the Western Front, Polly managed the Peaky Blinders and was the unofficial head of the gang.

In season two, Polly was reunited with her son Michael Gray (Finn Cole) after 18 years, who despite her protests, joined the Peaky Blinders. 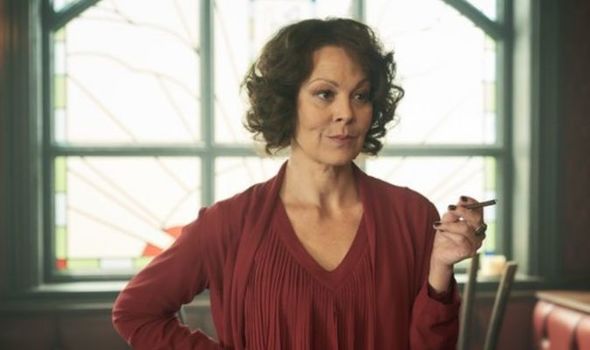 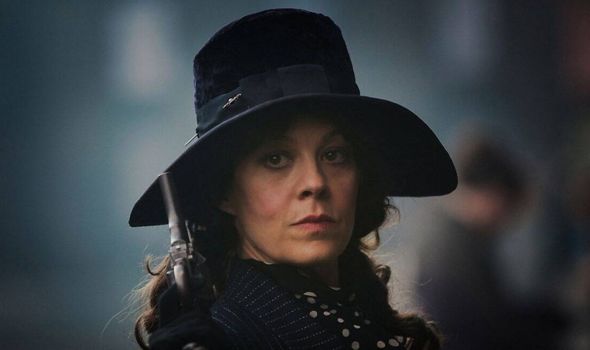 In season five, Polly accepted a proposal from Aberama Gold (played by Aiden Gillen) but sadly, he died in the ambush at the end of the season five finale between the Billy Boys and the Peaky Blinders.

Speaking to Idler, McCrory revealed she initially turned down the role due to the treatment of migrants in 1920s Birmingham.

She initially said no to the role, due to her migrant ancestry.

McCory was born in Paddington London to her Welsh mother and Glaswegian father. 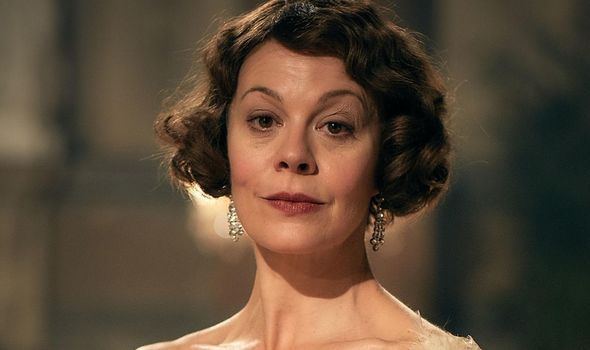 The first series of Peaky Blinders begins in 1919 and the sixth and final series will end with the outbreak of the Second World War on September 1, 1939.

Although much of the drama focuses on the dealings of the Peaky Blinders gang, the wider context touches on inner-city Birmingham life.

In the early 20th century, many migrants, many of who were Irish, were living in poor, slum-like conditions and searching for work.

Additionally, the fourth series of Peaky Blinders addressed the factory workers strike over poor pay and conditions in the 1920s.

Speaking to Idler, McCrory explained: “When they first approached me, they said ‘Would you like to play Aunt Polly in this gangster drama set in Birmingham?’ And I was like: ‘No.’

“I looked at the history of that time and the slums of Birmingham. My own grandparents grew up in the slums of Glasgow and were miners’ kids in Cardiff, and I thought I was going to be there with a mangle saying things like: ‘Gotta get up early to get a wash on in the backyard.’

“Then [writer] Steve Knight said: ‘Do you like Westerns?’ When I was at drama school in Chalk Farm I would go down to a stall in Camden Lock that used to sell these 5p Western novels. I used to read them to relax on the weekends and I loved them.

“So he said: ‘That’s how we are gonna do it, we are gonna film it as a Western and we want that epic quality.

“We don’t want this kind of apologetic drama we are so good at doing in Britain – the kitchen sink, those angry young men.'” 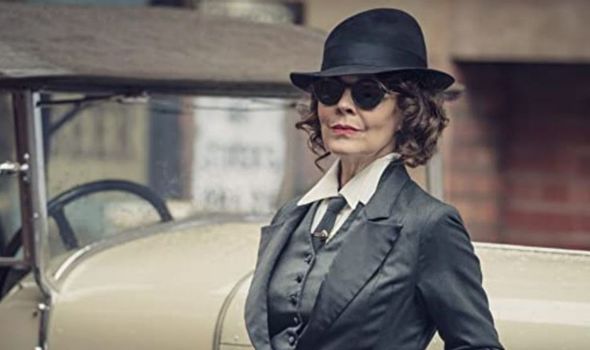 The news was confirmed by her husband, Damian Lewis vi aTwitter.

In a statement, Lewis announced: “I’m heartbroken to announce that after a heroic battle with cancer, the beautiful and mighty woman that is Helen McCrory has died peacefully at home, surrounded by a wave of love from friends and family.

“She died as she lived. Fearlessly. God, we love her and know how lucky we are to have had her in our lives.

“She blazed so brightly. Go now, Little One, into the air, and thank you.”

Fans of McCrory’s work around the world were saddened to hear the news alongside her Peaky Blinders family.

The official Peaky Blinders Instagram page shared a moving tribute to her on a slate board as they continue to film season six. Director Anthony Byrne gave some context over the drawing, admitting it was a “strange and sad and surreal” day on set in Manchester.

In the photo shared on Instagram, she is seen drawn on a slate board with the words “Rest in Peace Helen.”

The post was captioned: “Forever part of the Peaky Blinders family.”

Director Anthony also shared more insight about the picture on his own Instagram, saying it was designed by tattoo artist Lauren Marie Sutton.

He wrote: “Today was beautiful and strange and sad and surreal. We found ourselves in the most beautiful environment.

“The sun beating down on us and it felt ok. It was incredible but not surprising to read the many tributes and articles dedicated to Helen over the weekend.

“This is our ‘A’ camera board and Polly Gray is always in front of our cameras.

“This board was designed by @lo_marie_s a super talented tattoo artist in Manchester. It has meant a huge amount to me and the crew on Peaky to have an image of Helen on set with us every day.

“Thanks to @francesca.caterina for marking up the clapper board like that.”

Tommy Shelby actor Cillian Murphy said: “I am broken-hearted to lose such a dear friend.

“Helen was a beautiful, caring, funny, compassionate human being.”

He went on to add in a statement: “She was also a gifted actor – fearless and magnificent.

“She elevated and made humane every scene, every character she played.

“It was a privilege to have worked with this brilliant woman, to have shared so many laughs over the years.

“I will dearly miss my pal. My love and thoughts are with Damian and her family.”

Peaky Blinders is streaming on the BBC iPlayer now