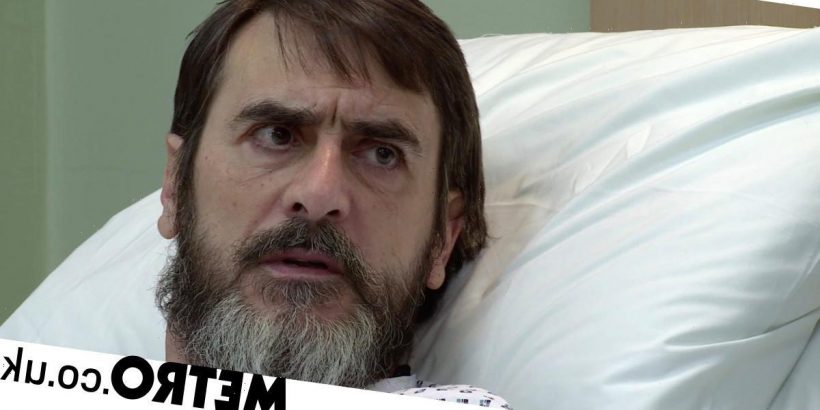 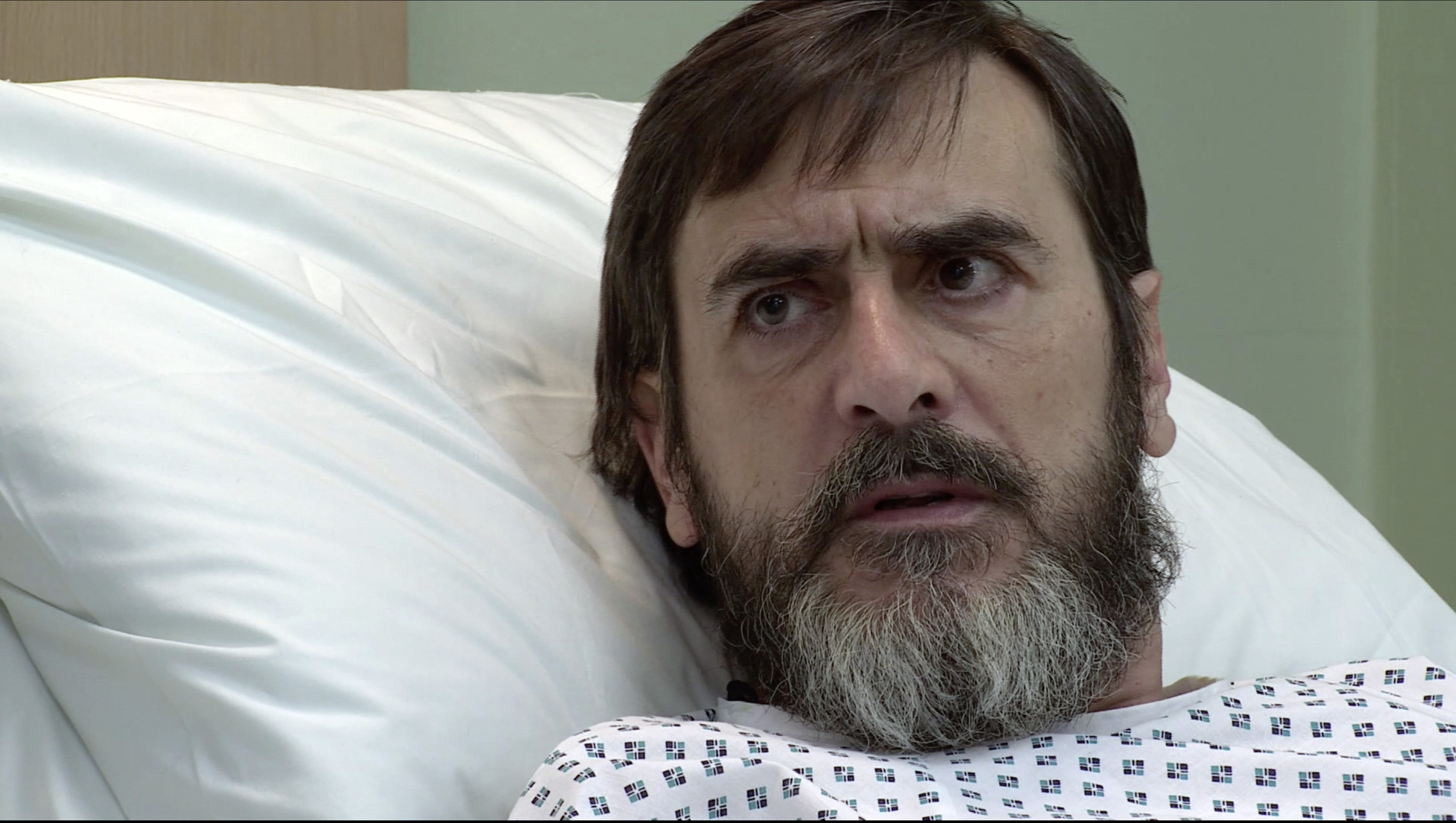 The life of Peter Barlow (Chris Gascoyne) has been left hanging in the balance on tonight’s Coronation Street after his hospital doctor took him off the waiting list for a new liver.

The news came as part of a double blow for an ailing Peter, who’d first been told that the liver which medics had potentially lined up for him to receive wasn’t actually a match.

But following a fracas in the hospital that saw Peter leap to Simon’s (Alex Bain) defence as he was being chased by one of Harvey’s heavies, it transpired that his consultant no longer considered him to be responsible enough to be on the receiving end of a transplant operation.

‘A transplant is a way of life, Peter. It’s not just an operation,’ chastised the physician. ‘You need stability as well as strength. Getting into fights? Apart from the physical dangers, it suggests to me that you might not be in the right place to go ahead with the transplant.’

But as Carla (Alison King) instructed her partner to stop endangering himself in order to get back on the list, Peter made it plain that he wouldn’t hesitate to put himself at risk again if it meant he could protect Simon.

Yet with little life left in his liver, Corrie fans will now be fearing that Peter won’t have much of an opportunity to help his son if he’s six feet under.

Next week’s episodes of Corrie find Peter no less determined to prioritise Si and, after being discharged from hospital, he’s witnessed by another of Harvey’s underlings showing the address of his son’s hideout to Carla.

But with their movements now being tracked, is the trail set to lead to Leanne, Nick and Simon’s secret location? Or will Peter experience another health crisis before the fugitives’ cover is blown?

Coronation Street continues Monday May 3 at 7.30pm on ITV.