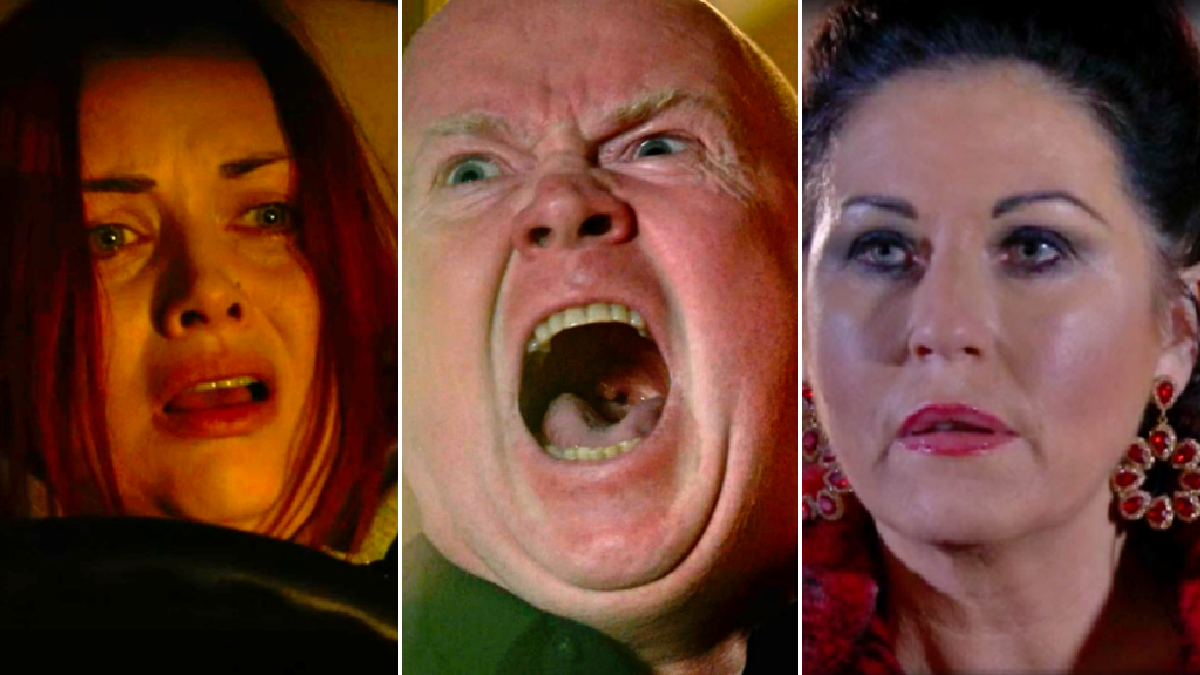 EastEnders legend Phil Mitchell (Steve McFadden) was on the warpath tonight (May 13), after Kat Slater (Jessie Wallace) was left to die in the middle of the road, following an hit-and-run.

The question is: will he find out that Whitney Dean (Shona McGarty) was responsible?

Whitney – angered that Ben Mitchell (Max Bowden) got his happy ending – set out on a mission to avenge Kush Kazemi (Davood Ghadami).

She believes that Ben murdered Kush, which – as viewers will know – simply isn’t the case.

After discovering that Ben was nearby, Whitney stole Gray Atkins’ (Toby-Alexander Smith) car keys, got in his vehicle and sped towards him.

Ben, however, was not alone. He was in the company of husband Callum Highway (Tony Clay), Phil and Kat.

Whitney collided with Kat, before heading off – instantly regretting what she’d done.

Kat was taken to hospital, and eventually woke up.

She seemingly remembered that it was Whitney who knocked her down – something viewers picked up on given the use of flashbacks – but she ultimately refrained from telling Phil such a thing.

Phil made clear that there will be hell to pay when he finds out who it was that left her for dead.

Will he discover that Whitney was involved? If so, will he resort to violence once more?

EastEnders continues Friday May 14 at 8:30pm on BBC One.