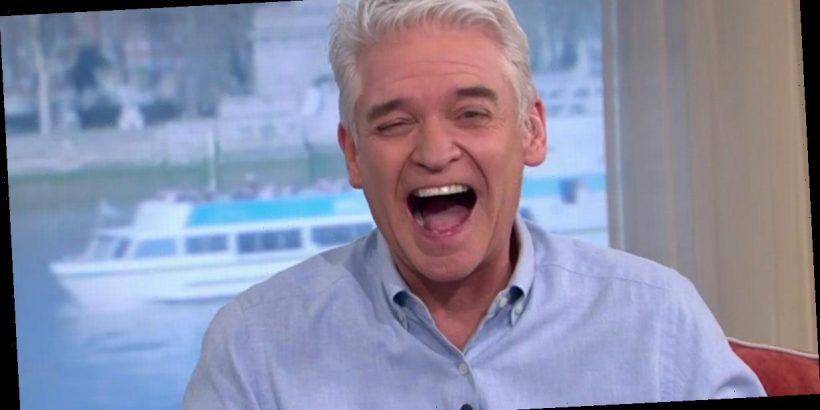 Phillip Schofield was told to "shut up" by Downton Abbey star Jim Carter on Thursday's episode of This Morning.

The ITV favourite had been asking Jim about the next Downton Abbey film, but couldn't help asking about his family members' projects – namely his wife Imelda Staunton in The Crown.

The Netflix smash hit will see Imelda as Queen Elizabeth II in the fifth season, and she will reprise the role in the sixth and final season.

When Phil asked Jim about how the next season was coming along, Jim simply told him: "Shut up."

He told Phil: "Honestly, shut up."

Before adding: "Well, she's going to be in Downton, we think, so that's good.

"Then The Crown's coming up later in the year… allegedly."

Jim and Imelda's daughter Bessie Carter is also an actress, and most recently appeared in Netflix favourite Bridgerton as Prudence Featherington.

Holly Willoughby and Phil asked about a second season of Bridgerton.

Jim told them: "They're talking about another one. Again, like Downton, I can't 100% say, but watch this space."

While Jim wasn't too certain about a second season for Bridgerton, fans can get excited as the streaming giant's runaway success was confirmed to be returning in January this year.

Bridherton became the most-watched series on Netflix, with a viewership of 82million after it launched on Boxing Day last year.

It reached the No1 spot on Netflix in a whopping 76 countries – so they'd be mad not to bring it back for a second season.

Meanwhile, The Crown's fourth season launched on Netflix in November 2020, following the pattern of a release date later in the year.

The fifth season has not yet been filmed, and filming is due to begin in June this year.

Surprisingly, this was always the intention, and not as a result of the coronavirus pandemic.

This would suggest the series might not launch this year – which would also follow the trend which saw a year-long delay between seasons in which the cast was changed.

The first two seasons of The Crown followed the earlier years of Queen Elizabeth II's reign, and she was played by Claire Foy.

Season three launched two years after the second, with Olivia Colman as the monarch.

But in seasons five and six, Imelda will portray the Queen as the show catches up closer to current times.