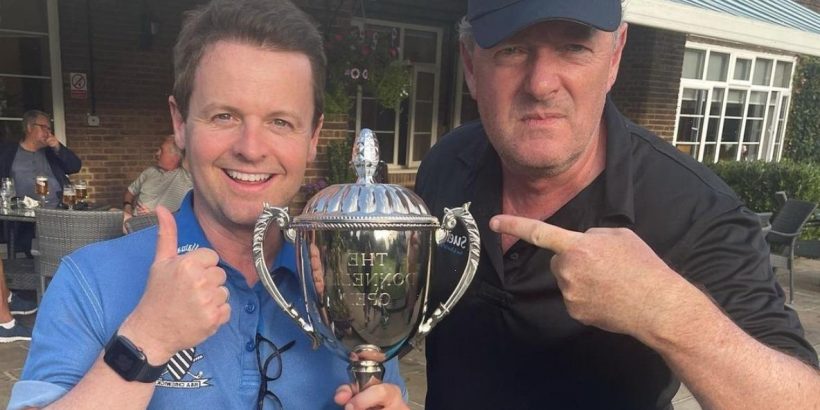 PIERS Morgan has taken a swipe at Dec Donnelly's "insufferable, smug grin" after their rivalry at the National Television Awards.

But it was all in good jest as the pair came face to face on the golf course today to compete yet again. 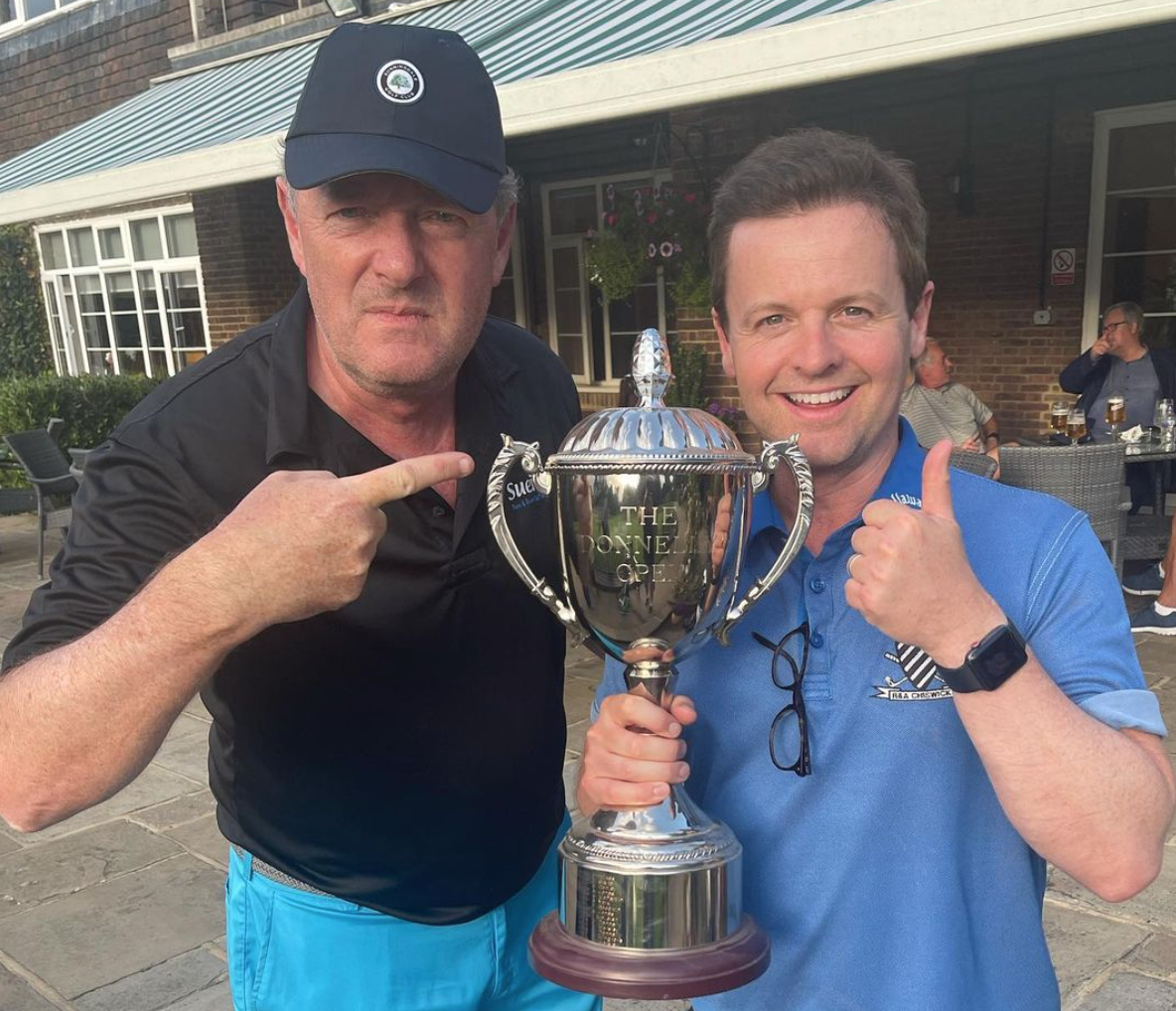 It comes weeks after Piers was beaten to the best presenter gong as Ant and Dec won for the 20th year in a row.

Pulling a grumpy face, Piers said: "Everywhere I bloody go, up they pop with silverware in their hands & those insufferable smug grins….

"So ‘nice’ to catch up Declan, and many congrats on winning YOUR OWN COMPETITION."

The Geordie duo continued their incredible two-decade long streak by taking home the fan-nominated award at the NTAs – despite Piers lobbying to win.

On Twitter he wrote: "Wow! What a shock! Congrats to Ant & Dec. Thoroughly deserved 20th consecutive win – the way they held those jungle contestants to account during the pandemic was absolutely brilliant."

"Just as well I’m not there," he added, alongside a GIF of his now iconic on-air walk-off moment.

Ant and Dec later brushed off comments made by furious Piers who got friendly boos from the O2 crowd.

Ant said: "I don’t think we need to say anything about Piers Morgan.

"The room said it all when his name was mentioned.”

“It’s not about him tonight," Dec added.

But despite their tough talk – the trio are good pals off-screen.

And Piers was finally given the praise he deserved as he was awarded for Best News Presenter at the TRIC awards.

He sweetly shared the moment with his former GMB co-star Susanna Reid by bringing her up on stage to accept the gong with him.