Piers Morgan has outdone himself.

While we’ve come to expect the outspoken TV personality to throw his unsolicited opinions into situations that don’t concern him, his latest commentary was downright irresponsible.

In case you’ve been missing the headlines, celebrity contestant Seann Walsh was publicly dumped by his girlfriend, Rebecca Humphries, after photographs emerged of him kissing his Strictly dancing partner, Katya Jones.

Seann’s now-ex released a statement on Twitter, making it clear that the situation marked the end of their relationship. Humphries also highlighted some worrying patterns of behaviour that she alleges had been going on behind closed doors.

Discussing Seann’s “aggressive” reaction to being confronted, Rebecca explained that she “told him” that his actions since the start of the Strictly live shows had “led me to believe something inappropriate was going on.” 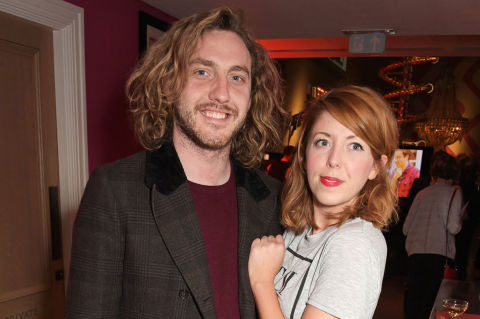 She said that he “repeatedly, called me a psycho / nuts / mental” when questioned about his “inappropriate, hurtful behaviour”.

“I have a voice and will use it by saying this to any woman out there who deep down feels worthless and trapped with a man they love: Believe in yourself and your instincts,” she added.

Now let’s get back to Piers. Talking on Good Morning Britain, the breakfast show host questioned Rebecca’s claims – even going as far as to attempt to discredit them because of how ‘happy’ she previously looked.

“That’s not a woman to me who hates her husband,” Piers said (via The Mirror), following a clip of Rebecca showing adoration for Seann during Saturday’s episode of Strictly – one day before the cheating scandal emerged.

“Why would a woman who is being tormented and tortured apparently in the way that she claims, why would she go and do that on primetime TV?” he said, displaying a worrying ignorance of how coercive relationships can play out.

A Women’s Aid spokesperson issued a warning about the kind of behaviour laid out in Rebecca’s open letter. Katie Ghose, the charity’s Chief Executive, has said that it “can be part of a pattern of psychological abuse.”

For Piers to be so blasé about the issues raised, even going as far as to write off someone’s personal experience, particularly on such a high-profile platform, is very damaging indeed – not only for those who identify with Rebecca’s words, but also for anybody currently questioning whether they may be experiencing this kind of manipulative behaviour themselves.

It is worth noting that GMB draws in an average of 700,000 viewers a day. In fact, in July of this year the daytime show hit its biggest audience ever. 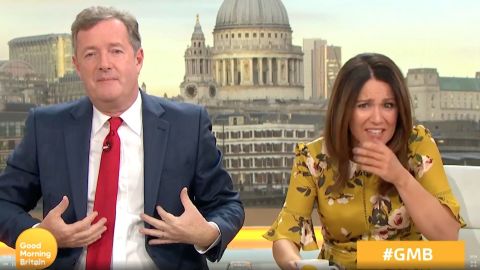 That’s a lot of people open to influence.

Of course, Piers is entitled to his opinion, no matter how controversial. But as one of the leading conversationalists during these topical TV news segments, he does have an obligation to present information in a way that is both responsible and fully researched.

This is especially true when discussing a topic that has such far-reaching consequences, and which is still so widely misunderstood. Someone in a coercive relationship (whether that description applies to Rebecca Humphries or not) may not appear – especially in such a public setting – to be in trouble.

And when someone does speak up, they shouldn’t be written off because they don’t fit the bill of what you’d expect a “victim” to look like. 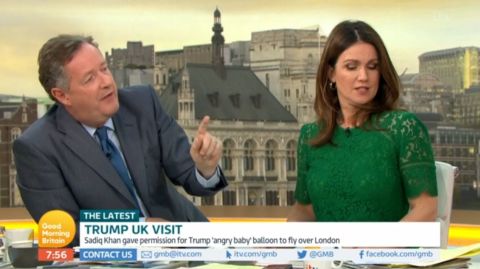 It’s hardly the first time that Piers has used his far-reaching platform to voice a problematic, and potentially damaging, opinion.

As women, we do not need Piers Morgan to tell us how to behave, or how we should feel – nor do we need a prominent TV news anchor to undermine us in front of a wide television audience.