The actor looked down in the dumps during the depressing scenes at the Old Royal Navy College in Greenwich, London, on Saturday. 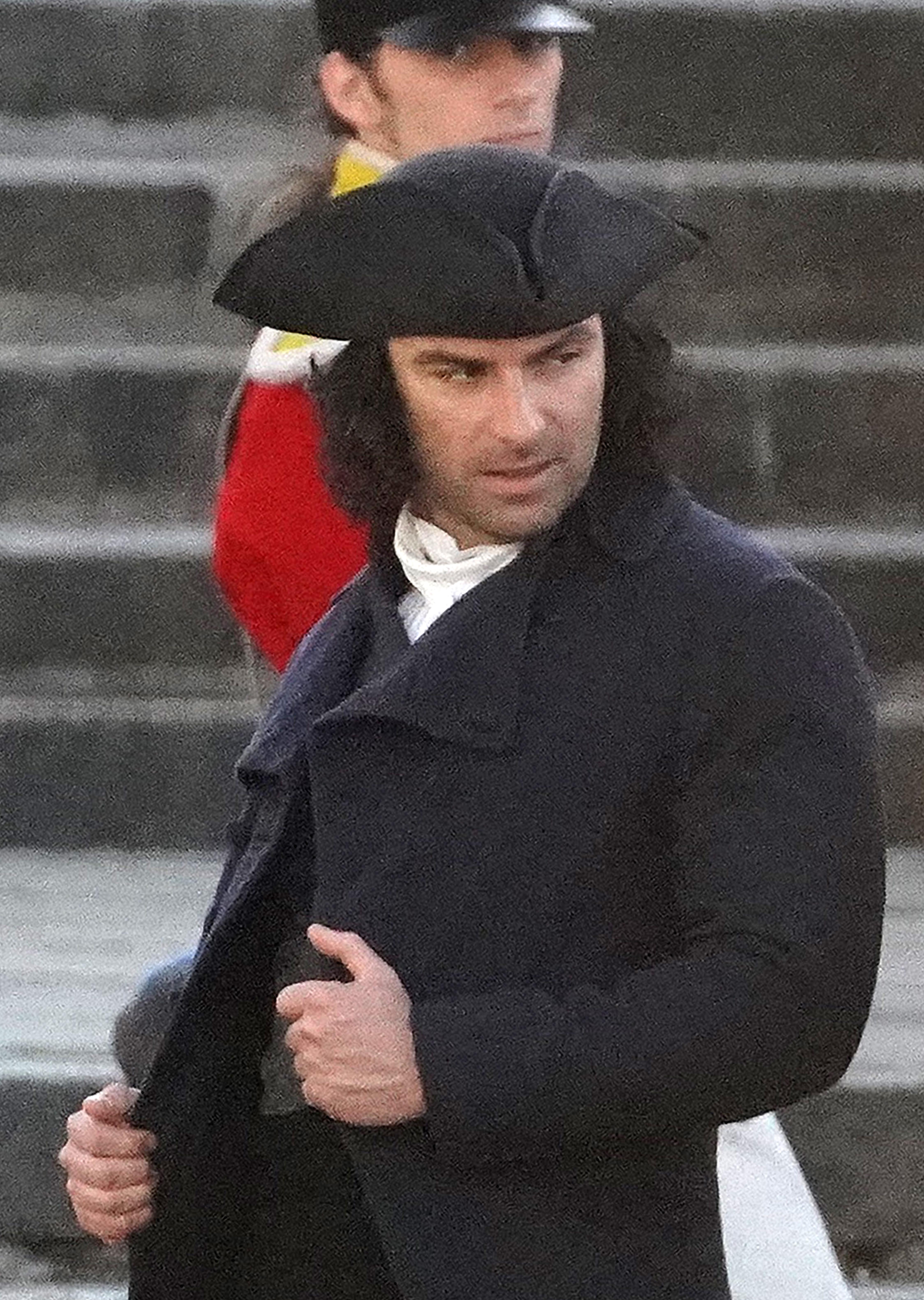 The 35-year-old, who plays Ross Poldark, looked dapper in his dark suit with his trademark dark curly locks falling under his hat.

The tense scene involved a character hanged at the gallows.

Passers-by were warned to look away as the depressing scene was filmed. 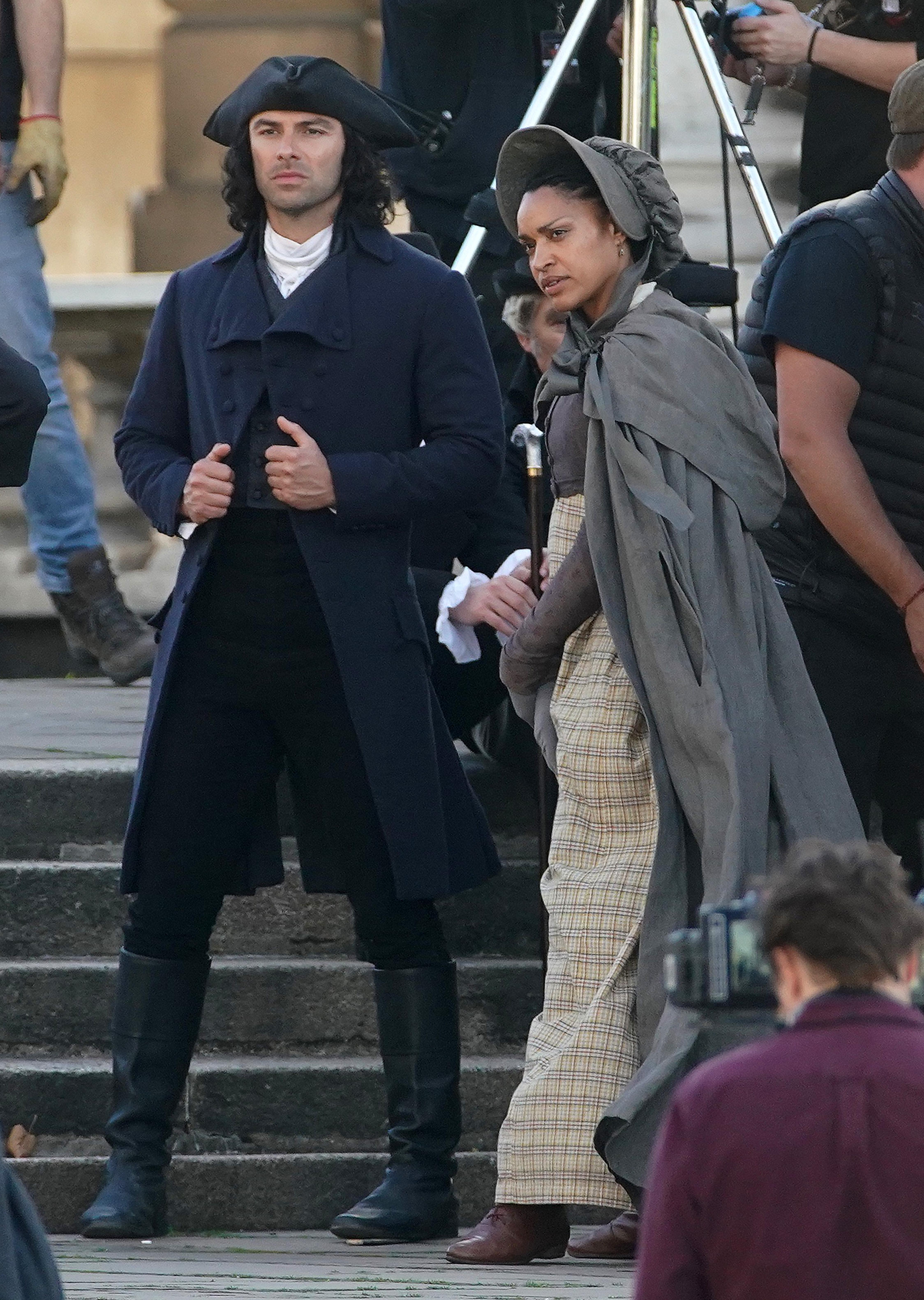 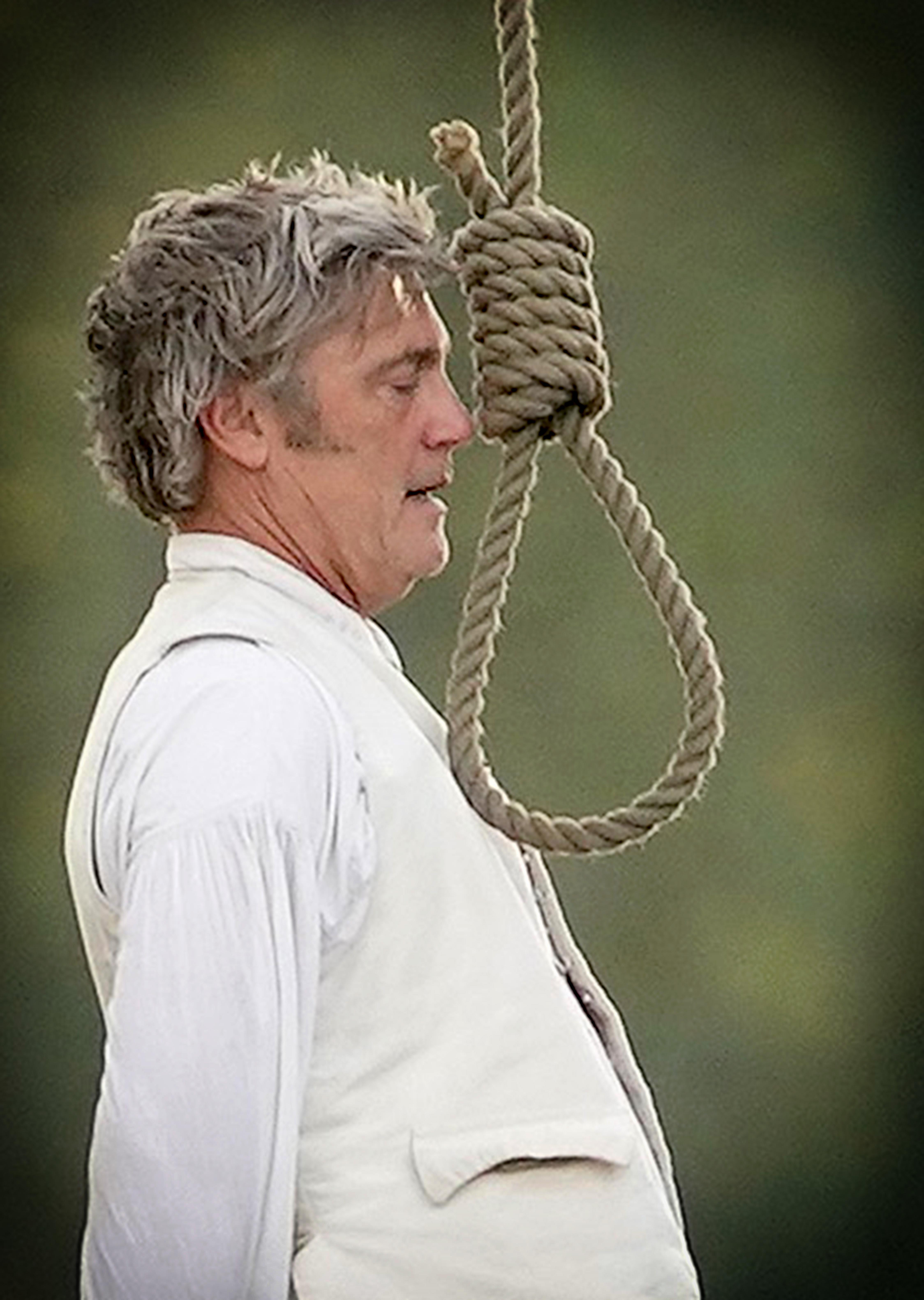 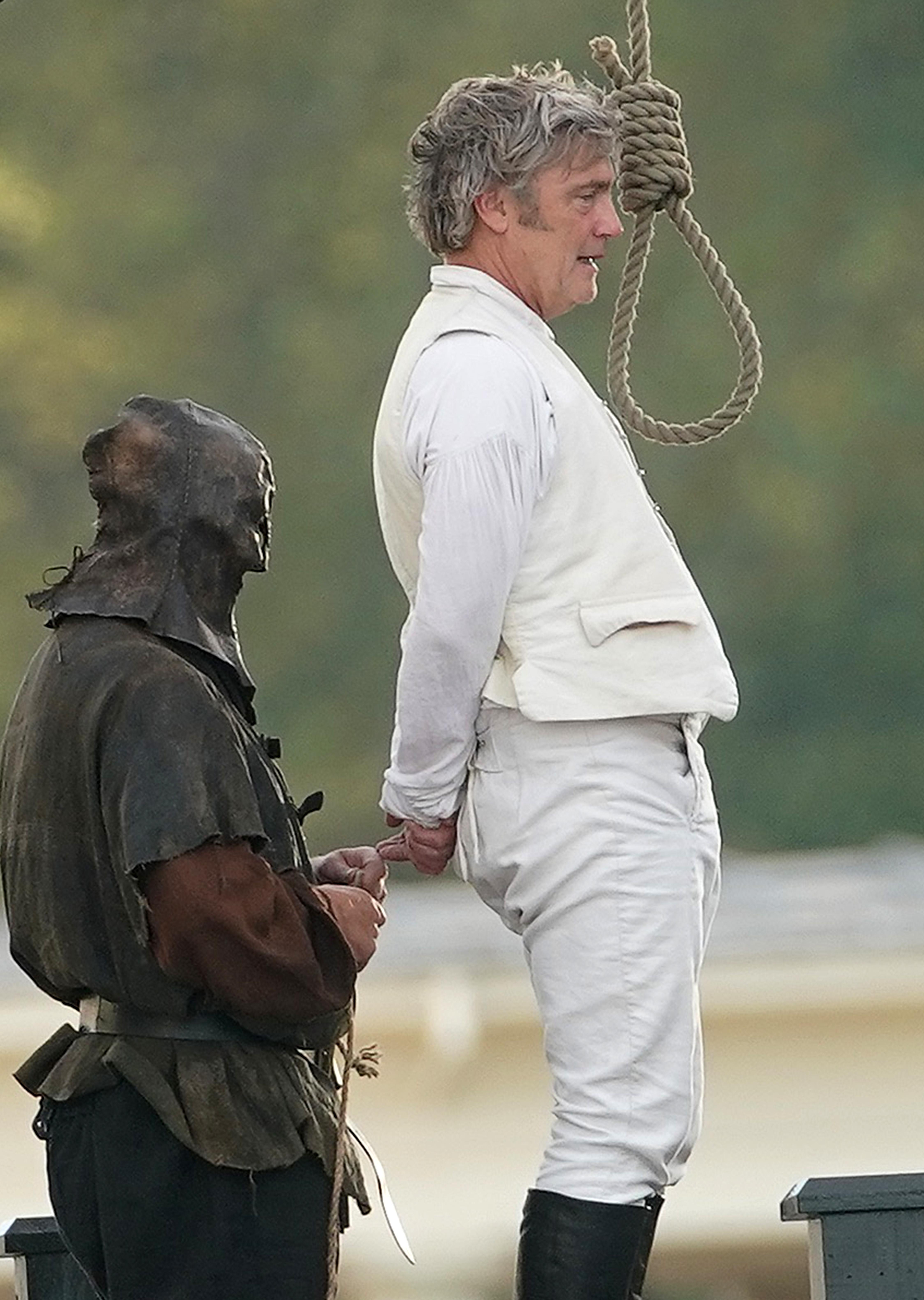 The character hanged was newcomer Ned Despard, played by actor Vincent Regan, who was dressed in white.

The closing episode of this series saw the normally unbreakable hero -played by Aidan- reduced to tears by the death of Elizabeth Warleggan.

The Icelandic beauty who plays her, Heida Reed, 30, spoke of her sadness at bowing out of the hit BBC1 drama after three years in the leading role. 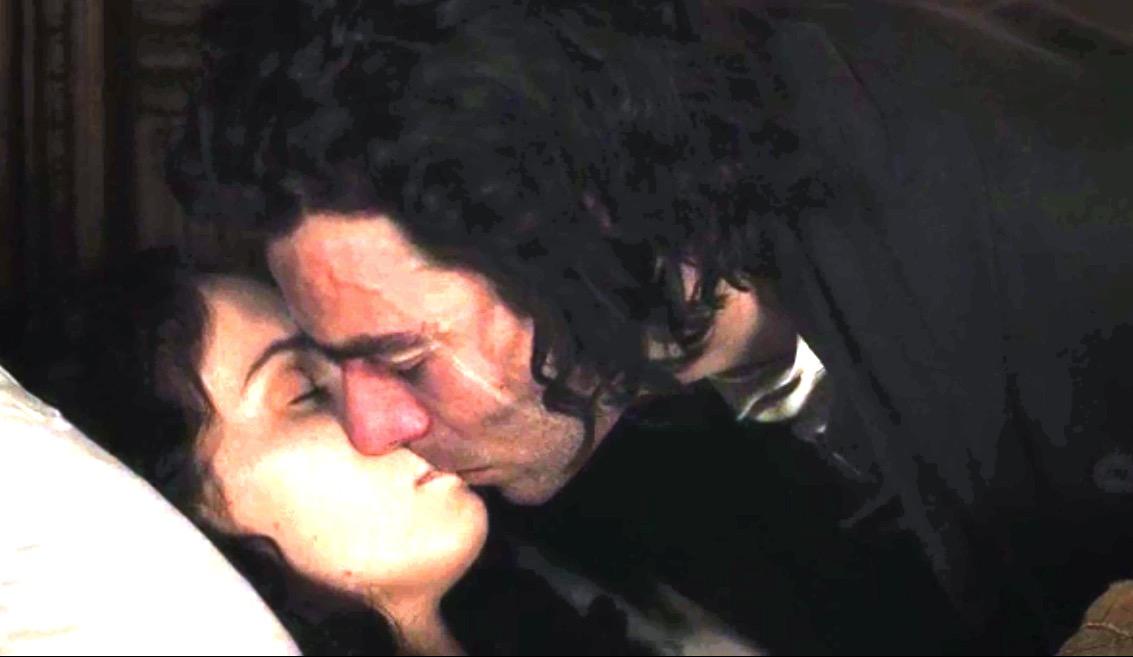 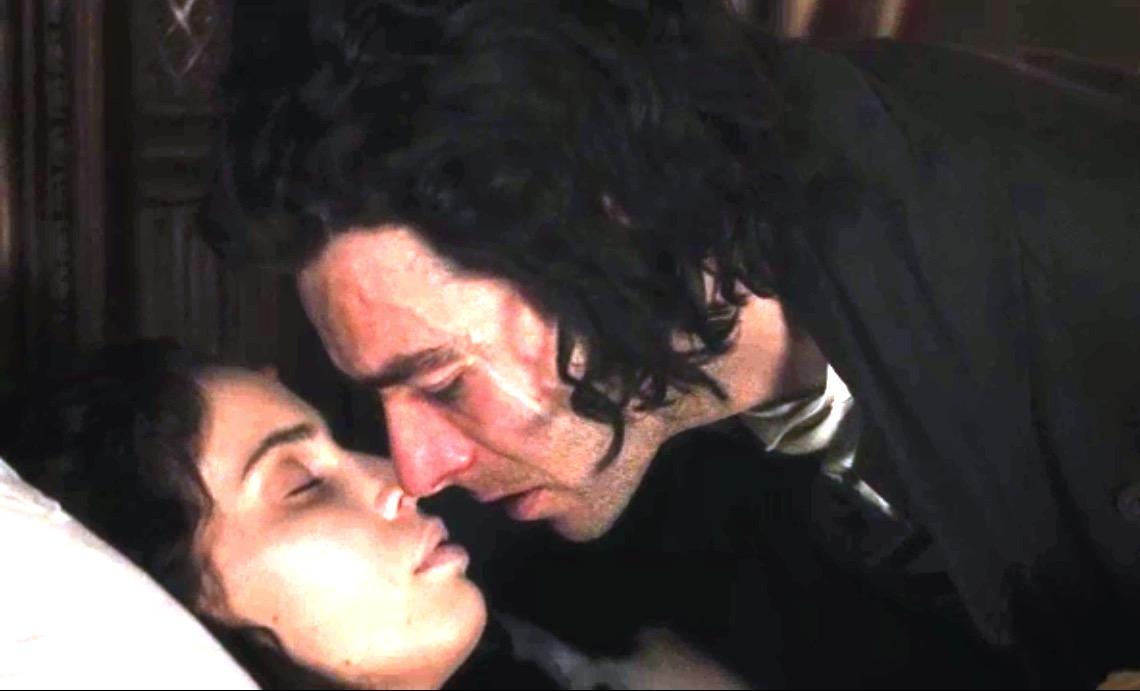 She told The Sun: “I knew Elizabeth’s death was coming for a long time so I had some time to get used to the idea but I will miss her dearly.

“I will miss everyone so much…except my corset — I won’t miss that.

“I cannot even articulate how fortunate I feel to have been a part of this wonderful journey that is Poldark.” 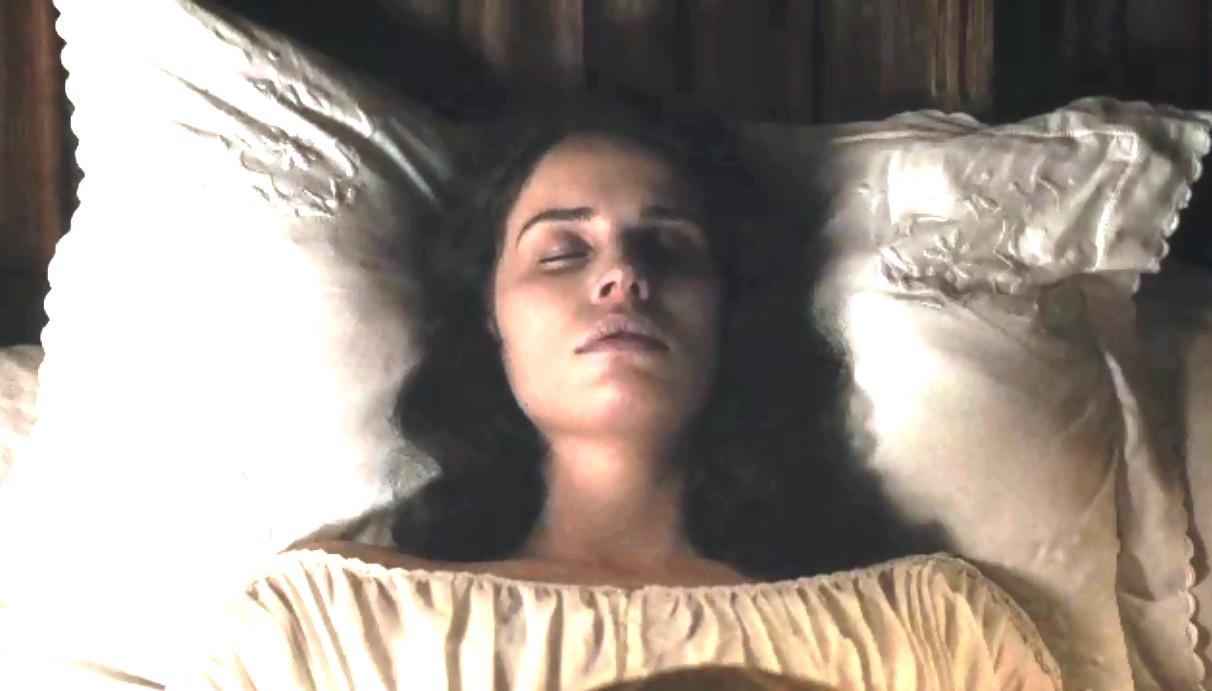 Elizabeth was at the centre of a love triangle between Ross and his wife, Demelza, played by Eleanor Tomlinson, 26. But she married George Warleggan, played by Jack Farthing, 32.

She added: “My deepest gratitude goes out to all the Poldark fans for sticking with us and letting us tell you this brilliant story. If it wasn’t for you we wouldn’t be where we are today.

“Thank you all from the bottom of my heart.”

Poldark will return next year for a fifth and final series.