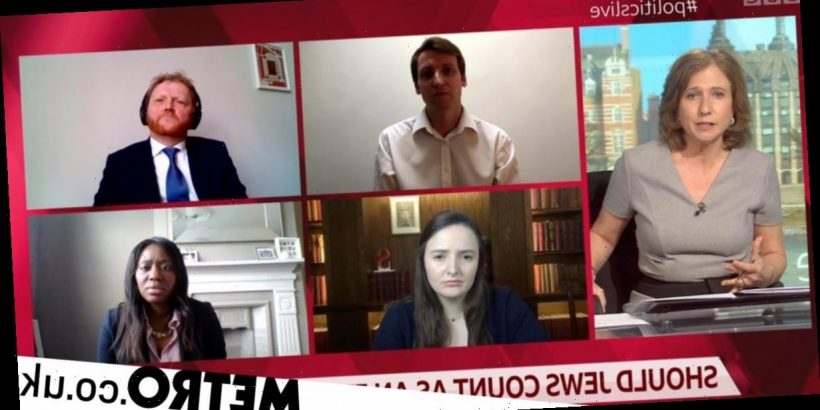 BBC’s Politics Live has come under fire online after a contributor noted four non-Jewish people were asked if Jewish people should be considered an ethnic minority.

Benjamin Cohen, CEO of Pink News, appeared on Monday night’s episode to discuss a tweet in which he asked Labour party deputy Angela Raynor if ‘Jews don’t count’ as a minority.

Raynor had previously posted a message congratulating Scottish Labour leader Anas Sarwar as the ‘first ever ethnic minority leader of a political party anywhere in the UK’.

Host Jo Coburn, who is Jewish, first spoke to Benjamin about the tweet, before the discussion was opened up to this week’s panel – none of which are Jewish.

Lee Rowley MP, deputy chairman of the Conservative Party; Labour life peer Lord Wood; Kate Andrews, The Spectator’s economic correspondent; and Miatta Fahnbulleh from the New Economics Foundation all appeared for the entire episode, and were asked for their input.

Host Jo asked Benjamin: ‘Isn’t there a wider point that actually, perhaps the fact that Angela Rayner didn’t immediately recognise previous Jewish political leaders in her tweet, underlines the fact that many Jews have succeeded in reaching high political office, and therefore, don’t need to be seen as a group needing recognition in the in the same way as others?’ 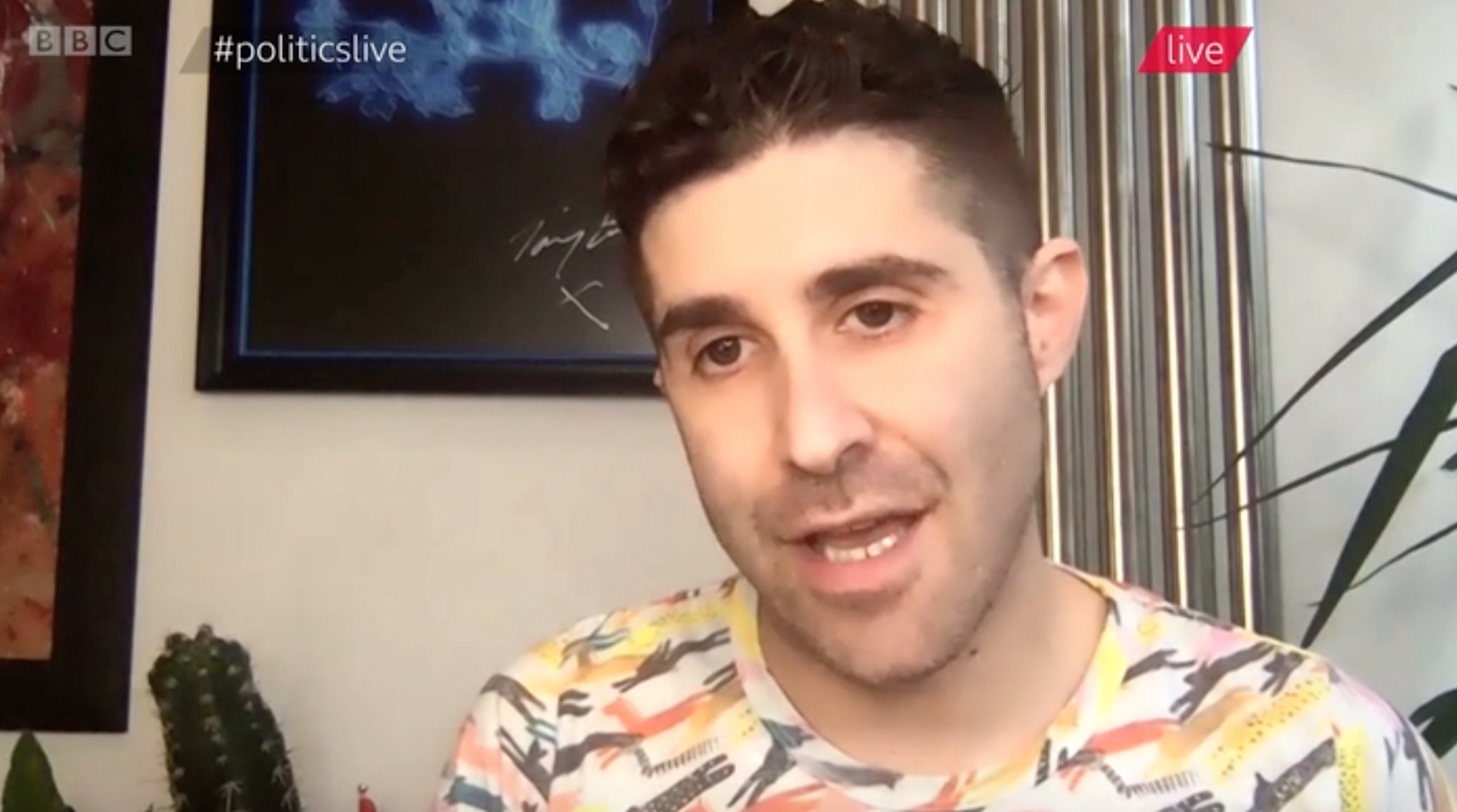 He responded: ‘We face antisemitism and racism, very clearly. We’ve just seen that with many years of racism and antisemitism within the Labour Party, so to suggest that Jews don’t face racism, and therefore we’ve reached such a high office, that we’re not an ethnic minority it’s frankly ridiculous.’

Benjamin added that while he was sure Angela ‘didn’t mean to say what she said’, she should have responded to the issue on Twitter to correct herself.

‘I understand why people are confused because there is a religion, called Judaism that majority Jews do subscribe to,’ he continued. ‘But you are Jewish whether or not you practice the Jewish religion.

‘You are just Jewish by the fact of your birth and your ethnicity – and that’s the difference.’

Benjamin later spoke out about his appearance on the show, and tweeted: ‘I’ve just been on the BBC’s Politics Live where the BBC literally just asked four non-Jews if they agreed with me that Jews are an ethnic minority.

‘Imagine if I was Black and four white people were asked to judge if I was a member of an ethnic minority. It would be as offensive.’

‘Just to add that all of the panel gave fine answers to the ridiculous question and some of them have specifically got in touch with me about it,’ he continued.

Broadcaster Victoria Coren Mitchell was among those speaking out after the segment, mocking its tone as she wrote: ‘Also on Only Connect we’ll be asking if Jews count as an ethnic minority.

‘NO WE WON’T. BECAUSE WE ASK DIFFICULT QUESTIONS, NOT F***ING MORONIC ONES.’

The Board of Deputies of British Jews later posted a statement about the segment, and said: ‘We were disappointed by the lack of sensitivity shown by the BBC as regards this discussion. Jews, regardless of whether they are at all religious or not, are subjected to antisemitism every day – and have been subjected to mass murder, in living memory, on the basis of their ethnicity.

‘Our community should expect solidarity and support, not questions about whether we deserve any.’

When approached by Metro.co.uk, a BBC spokesperson said: ‘We invited Benjamin Cohen on to the programme to discuss his tweet which objected to Angela Rayner’s assertion that Anas Sarwar was the first ethnic minority leader of a political party in the UK. The discussion reflected the fact that many official ethnic minority monitoring forms do not include a category for Jews.

‘The programme covers a variety of topics so our panel is not constructed specifically to address one story, but we ensured that Mr Cohen’s contributions were given appropriate prominence during this discussion.

‘Our presenter was not sharing her own view or saying whether this was the correct view, but her job is to explore why people see things the way they do.’