The Toronto International Film Festival gives, and takes away. Toronto’s notoriously friendly audiences are not to be trusted entirely — with the exception of the People’s Choice Award, which has gone to Best Picture winners as “Chariots of Fire,” “American Beauty,” “Slumdog Millionaire,” “The King’s Speech,” “12 Years a Slave” and “Green Book.”

So when TIFF audiences give a standing ovation, you have to figure out what it means. They enthusiastically applauded Netflix’s “Marriage Story” with Adam Driver and Scarlett Johansson on hand, which continues to build momentum from Venice to Telluride and Toronto, followed by New York, where it will play like gangbusters on its home turf. (It’s sitting at 96 on Metacritic.)

Never-nominated Johannsson is duking it out in the Best Actress race with thrice-nominated Oscar-winner Renée Zellweger (“Cold Mountain”), who channels emotional wreck Judy Garland at the end of her tragic life in “Judy.” After its strong Telluride debut, “Judy” drew a rousing and lengthy ovation at TIFF that left the actress in tears. And debuting well at TIFF was Kasi Lemmons’ “Harriet,” starring British actress-singer Cynthia Erivo as heroic ex-slave-turned-abolitionist Harriet Tubman.

Also riding waves of TIFF buzz is Lorene Scafaria’s “Hustlers,” the story of a strip club newbie (Constance Wu) who is taken in hand by a stunning pole dancer (Jennifer Lopez). There’s no question that JLo’s star-wattage lights up this commercial confection. STX could get some box office out of it. But is it an Oscar contender? Don’t believe the hype. If Lopez were to squeak in, it would be as a supporting contender. It’s Wu’s story.

Every Oscar contender crafts a narrative to get them to the win. Johansson is the movie star who is proving her bonafides as a dramatic actress working for a respected auteur, Noah Baumbach, and “Marriage Story” is the perfect Oscar narrative: Johansson started as a child actress who grew up before our eyes, from Robert Redford’s “The Horse Whisperer” through indie “Ghost World” and global hit “Lucy” and her recurring role as Black Widow in the Marvel movies, which will finally yield a spin-off standalone carried by Johansson.

Where Oscars are concerned, it’s far better to star in a praised movie than a weak one. That’s the challenge for Zellweger. She’s a 50-year-old chameleon (the “Bridget Jones’ Diary” series, “Jerry Maguire”) who last scored a nomination in 2004, took herself out of the limelight for six years, and returned in a series of small indies before landing this juicy comeback role. Although she never trained as a musical player, she convinced everyone of her Broadway chops in her nominated role as Roxie Hart in Rob Marshall’s “Chicago.” And she does it again in “Judy.” Zellweger, like Garland herself, is drawing sympathy. 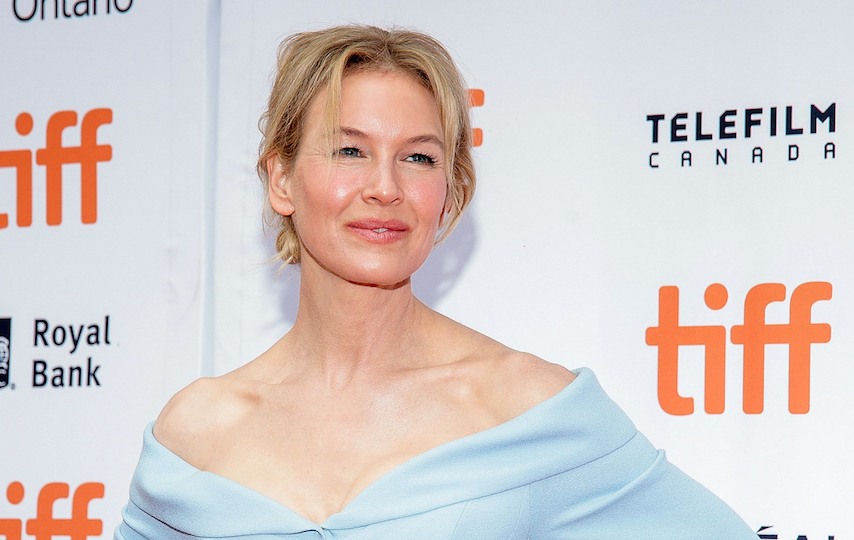 But the movie she’s in, directed by Rupert Goold, is not that strong. (It’s at 66 on Metacritic.) Roadside Attractions is chasing two goals: to open the movie September 27, riding the great word of mouth generated from the festivals, and push for Zellweger’s Oscar. The distributor, with the right stuff, has delivered such Oscar-contenders as “Biutiful,” “Winter’s Bone,” and “Albert Nobbs.” “Judy” should draw audiences in theaters on the road to Zellweger SAG, Golden Globes and Oscar nominations. Beating Johansson is another matter.

Two social-action dramas could compete with each other for a Best Actress slot. Erivo has the heat from Toronto for her athletic and fierce title role in “Harriet.” But Focus Features will need to lure audiences to see her in theaters, and the African-American audience can be fickle. They should respond well to this rousing piece of American history. But again, reviews are at 65 on Metacritic. 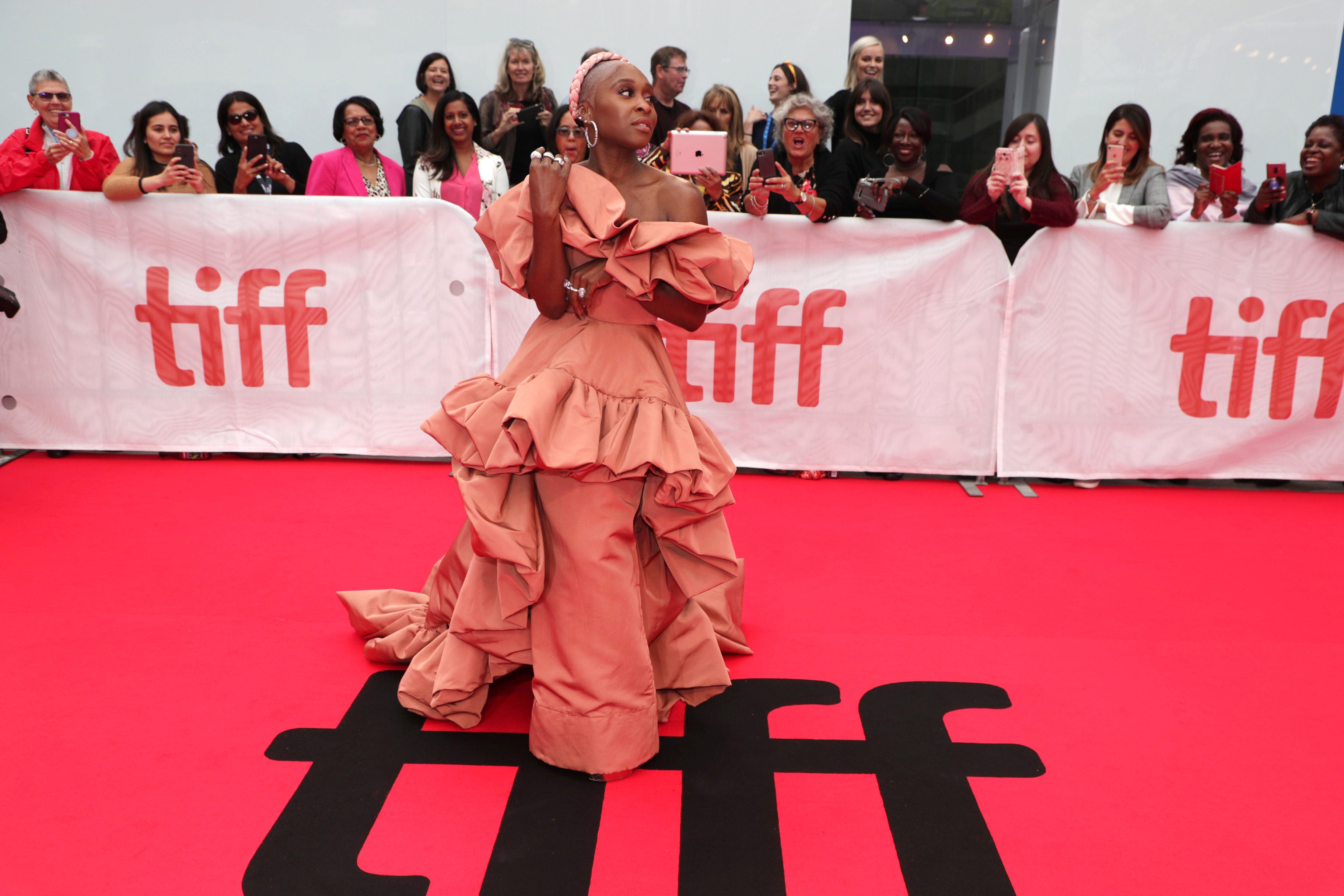 Landing better reviews was the Sundance breakout (Metascore: 75) from writer-director Chinonye Chukwu, prison drama “Clemency” (December 27, Neon). Alfre Woodard stars as a prison warden under duress. Hard-hitting death-row dramas have a long history with the Academy: think Oscar-winner “Dead Man Walking,” which earned a Best Actor nomination for Sean Penn and a Best Actress win for Susan Sarandon. Woodard hasn’t been nominated since her breakout role in “Cross Creek” in 1983. “Clemency” won the U.S. Dramatic Competition Grand Jury Prize before opening New Directors/New Films at MoMA. But that was in January, and the movie is opening almost a year later.

Last year, Jordan Peele’s brainy horror thriller “Get Out” was such a critical and box-office zeitgeist hit that it yielded four 2018 Oscar nominations, including Best Actor Daniel Kaluuya and an Original Screenplay win for Peele. This year, Blumhouse’s follow-up horror release “Us” (March 22, Universal) delivered comparable reviews and box office. But the genre movie was also met with high expectations.

Oscar-winner Lupita Nyong’o (“12 Years a Slave”) is likeliest to return to the awards fray for her layered dual performance, but she faces competition from Awkwafina, breakout star of the Sundance hit of the year, Lulu Wang’s Mandarin-language family dramedy “The Farewell” (A24), which has passed $16.8 million and is still hanging in theaters.

Post-TIFF, they’re the top five contenders for Best Actress starring in movies that have been screened.

Never underestimate Meryl Streep, however. Oscar nominated a record 21 times, she stars in a juicy, comedic character role in Steven Soderbergh’s comedic “The Laundromat” (September 27, Netflix), written by the Oscar-winning “Traffic” director’s long-time collaborator Scott Z. Burns and co-starring Oscar-winner Gary Oldman (who presented Oscar perennial Streep with an Actress award at TIFF’s awards gala). Inspired by the Panama Papers, the movie follows a group of journalists who discover and reveal 11.5 million files linking the world’s power elite to hidden bank accounts they used in order to skip paying taxes. But after playing Venice and Toronto, the movie has earned a modest 59 Metascore.