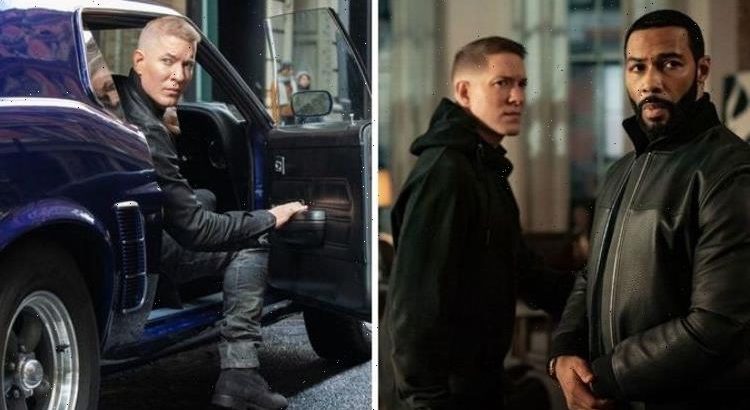 Power’s easily angered fan-favourite is set to be making his big return to Starz with his very own spin-off, Power Book IV Force. Tommy star Joseph Sikora treated his patient fans with a first-image as they awaited the premiere. This caused a frenzy in his comment section, which saw other celebrities including Omari Hardwick sharing their excitement.

Joseph took to Instagram, to share a photo of his iconic character, captioned: “Damn I miss you guys.”

As one of the very few teasers to be released from his spin-off, this photo caused fans to go wild with excitement in his comment section.

Mookie responded: “Dude we missed you my favourite character, I need me a Tommy in my life.

“We need you to be back ASAP, it ain’t been the same,” wrote Andre.

Chelo commented: “Not as much as we missed you, ain’t that right.”

As well as viewers commenting, his co-star and on-screen best friend Omari Hardwick, who played James ‘Ghost’ St Patrick in the original series commented: “Go get it.”

After Power came to its shocking end in 2020, Tommy made a small appearance in the spin-off which followed, Power Book: Ghost.

It focused on Ghost’s son Tariq St Patrick (Michael Rainey Jr) as she tried to juggle university and getting his mother out of prison for killing Ghost, even though he pulled the trigger.

Even though Tommy and Ghost were self-proclaimed brothers, his meeting with Tariq wasn’t a friendly family reunion.

With the help of a slick-talking lawyer, Tariq was able to get his mother, Tasha St Patrick Naturi Naughton) out of jail on the basis he said Tommy did it.

After hearing he was going to be framed for kill Ghost, he made a shocking appearance, filled with rage, Tommy wanted to murder Tariq.

Thankfully, the teenager’s business associate, who he’d been selling drugs for Monet Tejada (Mary J Blige) snuck up behind Tommy and was also pointing a gun at him.

This made Tommy recoil and even though Tariq was willing to help Tommy come up with a way to fake his death, he wasn’t having any of it.

Power Book IV Force is set to give fans a highly desired insight into what the character had been up to, since moving from New York to Chicago.

As Tommy and Ghost ran a drug-smuggling empire in the original series, many wondered if he had continued his illegal business or kept off the grid completely.

Others speculated perhaps he found love in the city, after experiencing a tragic heartbreak with LaKeisha (Lala Anthony) who was killed by Tasha.

During a Q&A session with fans on Instagram live, Joseph teased what fans could expect from the spin-off.

He said, “What you can expect on the show is a lot more of the same from Tommy.”

“But he’s got nothing, so remember, he left New York with nothing. He left with a bunch of money, some guns, some burners, and that’s it. Just everything he had on his person.”

This spin-off will be the third to air from the Power franchise, as Raising Kanan which followed the upbringing of Kanan Stark wrapped up season one last month.

Power Book IV Force is expected to premiere on Starz in 2022.

Power seasons 1-6 are available to stream on Starz and Starzplay.