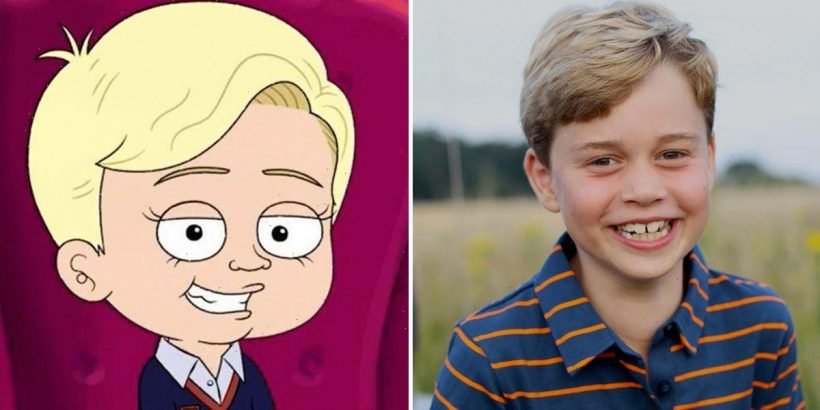 A new series by HBO called The Prince that takes aim at the Royal Family has got people hot under the collar and insisting that "children are off limits."

It's created by Family Guy writer Gary Janetti, and the theme of the show revolves around the imagined behind-the-scenes life of the Royal Family, told through the eyes of Prince George.

The oldest child of the Duke and Duchess of Cambridge is mocked in the trailer, and as he is just eight-years-old, it has upset plenty of people.

A trailer for the show has been released, which features Prince George (voiced by Gary) asking for tea that "doesn’t taste like p**s".

Some social networkers are furious, and have been tweeting their anger.

"Very bad taste HBO" fumed one: "Leave children out of this. You could be subjecting real children to bullying and harassment all because of your greed."

Another added: "With The Prince debuting today, we'd like to remind you these are innocent children who don't deserve to be caricatured &mocked. They as every other child deserves privacy. These are lives, not 'tea.'

"Disgusting. Exploiting a small boy to prop up a TV show and make money," someone else raged.

Another insisted: "Whatever your thoughts on the Royal Family, I think everyone can agree that children should be off limits. This is so gross and I cannot understand how it ever got made."

One Twitter user came up with an alternative idea: "No no no no. The adults of the royal family, fine do whatever you like I guess."

"But George & the other royal children should be off limits and that they should have 'made up a royal family' and used Guy’s Stewie Griffin as a prince instead.

As well as Gary voicing George's prince, the series stars Orlando Bloom as Prince Harry, Lucy Punch as the Duchess of Cambridge, Dan Stevens as Prince Charles and Prince Phillip and Sophie Turner as Princess Charlotte.

The show was originally meant to air in May, but was delayed following the death of Prince Phillip.