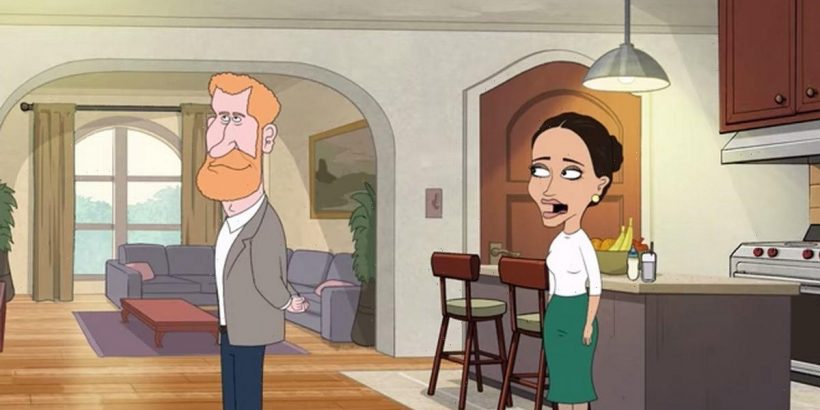 The Royals are at the centre of a brand new satirical cartoon on HBO Max.

HBO Max's first trailer for The Prince dropped on Twitter yesterday and has already caused a stir online.

Pirates of the Caribbean star Orlando Bloom takes on the role of Prince Harry in the new show, who like the rest of the Royal Family, is brutally mocked in the trailer.

A less-than-impressed Prince George, played by Gary Janetti, receives a postcard from Harry and Meghan in Los Angeles, following them stepping back from their senior royal roles.

The trailer then sees Harry and Meghan, played by Condola Rashad, viewing an apartment in Hollywood, with Harry appearing to be somewhat out of his depth.

Looking around the modest Melrose apartments, Harry turns to Meghan and says: "This might be the smallest apartment I've ever been in."

To which Meghan replies: "Well, it's an apartment."

"Yes, an apartment palace, I know that," says Harry, adding: "Lots of tiny palaces inside one big palace."

The show, which is available to stream from July 29 on HBO Max also sees Prince William carried to the toilet by his butler after feeling "a s**t brewing," while a furious Queen accidentally shoots one of her butlers after he startles her.

There are many other famous faces amongst the cast, with Game of Thrones star Sophie Turner starring as Princess Charlotte and Dan Stevens taking on the roles of Prince Charles and Prince Phillip.

The cartoon series has 12 episodes in total, with all of them being available to stream at once.

Gary Janetti, who takes on the role of Prince George, was also the creator behind the show, after popularising the character of Prince George and his royal endeavours on his Instagram page.

The Prince was scheduled to be released in May but was delayed in the wake of Prince Phillip's death.

As well as the star's regular cast, there will be an abundance of famous guest stars popping up throughout the series, including Andy Cohen, Brad Goreski and Kelly Ripa.