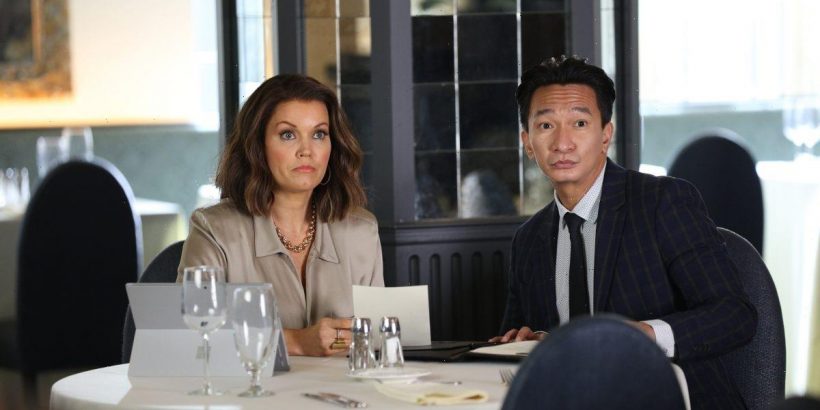 Although the new TV series on ABC reuses a common phrase, Promised Land, it’s a show you’ve never seen before. One definition of the promised land is “a place where dreams or hopes can come true.” In one storyline, Carlos Rincón (Andres Velez) and two sisters, Juana (Katya Martín) and Rosa Sánchez (Ariana Guerra), cross the U.S. border from Mexico, searching for a better life. They share their hopes and dreams of going to America while they travel together

Meanwhile, Joe Sandoval (Ortiz) congratulates his daughter, Veronica Sandoval (Ochoa), on her promotion to CEO of the family wine business. The Sandoval patriarch also immigrated to America and used his father-in-law’s vineyard to create his American dream. However, his now ex-wife, Margaret Honeycroft (Bellamy Young), wants her family’s vineyard back. Plus, the second-generation Sandovals fight over the rights to the booming wine business. It has a Succession-like feel as the children vie for their father’s attention and business in Promised Land Episode 1.

When viewers watch Promised Land Episode 1, the producers introduce the large Sandoval family. Joe Sandoval and Lettie Sandoval (Suárez) celebrated their 20th anniversary. When the couple married, Joe brought his three children from his first marriage with Margaret to the family — Veronica, Antonio (Tonatiuh Elizarraraz), and Carmen (Mariel Molino). Lettie also had one son before the couple married — Augusto Aguilera portrays Mateo Sandoval. After they married, they completed their family with Joe Junior (Miguel Angel Garcia).