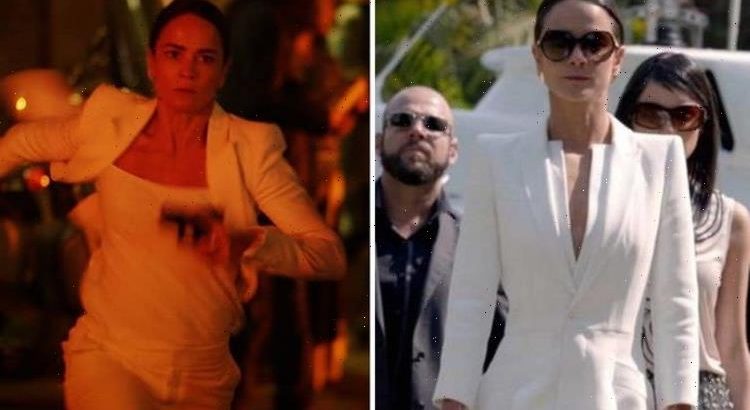 Queen of the South’s final season has only got a handful of episodes left to go before it is over for good. Fans have been following Teresa Mendoza’s (played by Alice Braga) epic journey since 2016, going from back street money changer to a queenpin. There have been signs from the very start that this isn’t going to last with her life hanging in the balance thanks to a mysterious sniper.

WARNING: This article contains spoilers from Queen of the South.

Are the flash-forward scenes going to come true?

Queen of the South’s very first scene was a flash-forward moment with Teresa walking up to her luxurious mansion with an entourage behind her.

She is then in her bathroom when she is shot and killed instantly, with blood pouring onto the floor.

In season two, there was Teresa with an unknown man in a lavish hotel room.

Just moments after sleeping together, she shoots him with a gun that was stashed underneath her pillow. 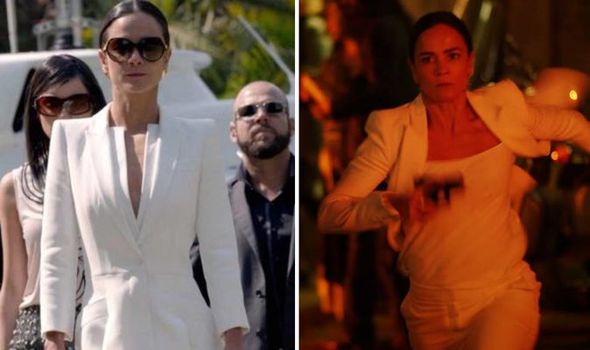 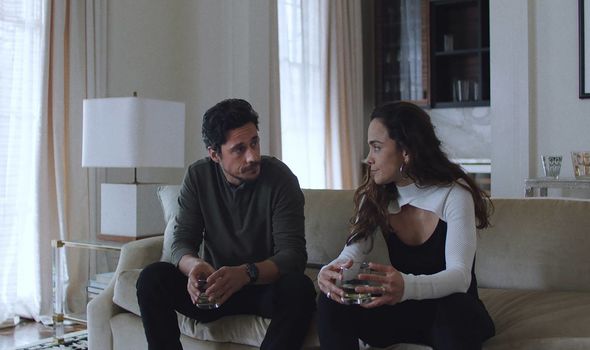 Season three saw the queenpin flee from a superyacht with Pote Galvez (Hemky Madera) by her side.

From the looks of it, the DEA was bombarding the yacht to have her arrested but they were one step ahead and managed to get away on a speed boat before their bomb on the ship exploded.

Series four opened with Pote killing two of Teresa’s bodyguards and the police surrounding her after cutting a ribbon at the grand opening of a hotel.

Then there is series five which started off with Teresa running through the streets after a woman who could have been a low-time drug dealer like she was when she first started out. 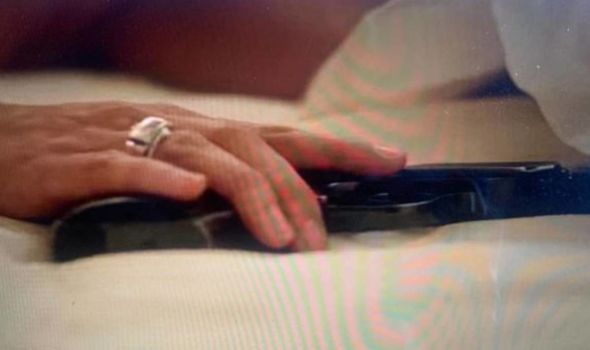 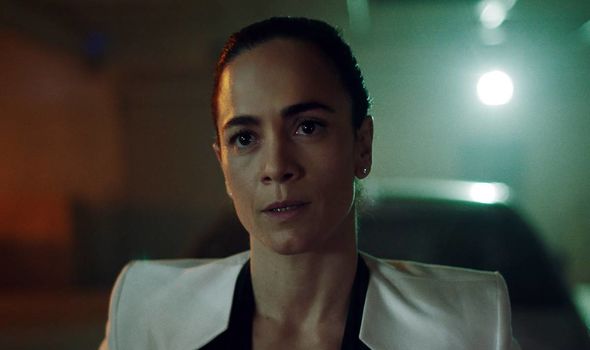 Taking to Reddit, fans have been discussing the flash-forward scenes.

Referring to the opener to series, they have been debating if James Valdez (Peter Gadiot) could be the sniper.

One fan said: “My theory is that James is going to kill her because she is too far gone and not really “human” anymore.

“He is heartbroken since she let him down. The sniper also destroyed the coke. This can be a little hint that it is actually James.”

Another agreed, saying he has become “more human” after getting clean and sees the error of her ways.

Yet another viewer said: “I don’t buy that James would kill her because she turned to the dark side.

“He could just leave the organization. He’s done too many bad things himself for it to even make sense.”

The fan who started off the thread also pointed out that an actor called Jason Vendryes in the final episode resembles the man shot in the bed but could this be him?

There is talk in the chat about how the scenes shouldn’t be taken “literal”, according to an unnamed showrunner.

This is backed up by showrunner Ben Lobato’s comments when he was asked about the flash-forward scenes by Nerds of Color.

He says these moments have been used to set up the story as well as to leave fans “shocked”.

Lobato said: “I love starting episodes with a flash-forward sequence, where we introduce the audience to some arresting image or scene that happens twenty-four hours prior.

“Then we go back in time to reveal how we arrived at that moment.

“When executed successfully, we turn the viewer’s assumptions on their head, so they’re shocked and surprised when we finally arrive back at that moment.

“The viewer realizes that what they thought they had witnessed in the opening isn’t what actually occurred.”

So could there be a chance that Teresa will not be killed off in the season five finale?

Queen of the South is available to watch on USA Network.