Rachel Riley can be seen on Channel 4’s long-running daytime show Countdown, which she joined back in 2009. However, alongside lexicographer Susie Dent, the pair also feature on Friday night show 8 Out of 10 Cats Does Countdown, which sees comedians take on the famous game show. But host Jimmy Carr was left flustered after Susie confessed to borrowing her co-star’s bras.

The pair are often seen on the spin-off of the afternoon show which sees a range of funny guests try out their hand at Countdown.

And as ever, it didn’t take host Jimmy Carr long to turn the tone of the show down.

Asked by the presenter if she had ever fallen out with mathematician Rachel, Susie stated: “No! We’re good friends, Rachel and I.”

Susie went on to add: “The only time I can remember being a little bit miffed is because we swap bras sometimes… 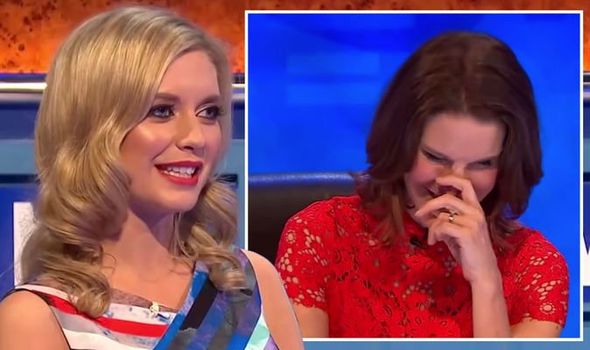 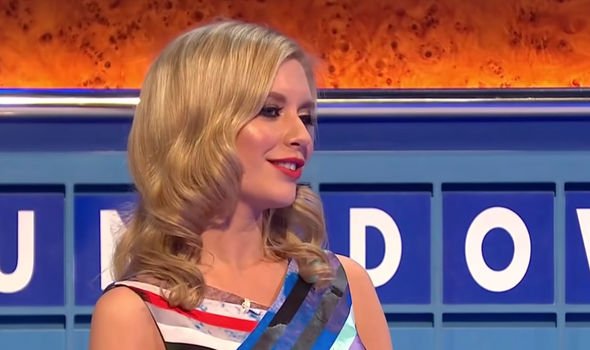 “And I think you [Rachel] thought I had lost one of her bras,” she admitted, looking at her co-star.

Jimmy was left gobsmacked by the unexpected revelation before Rachel clarified Susie’s words.

The numbers whiz detailed why this was, explaining: “Susie just comes in and she’s never got a bra to wear.” 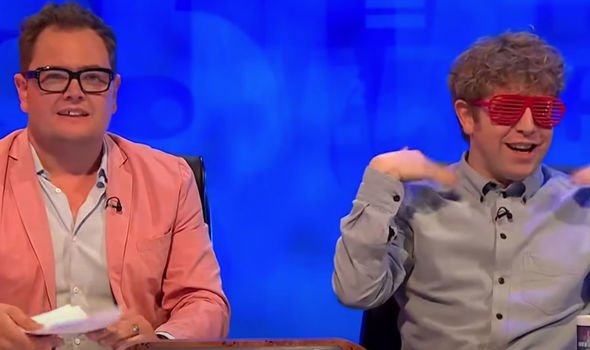 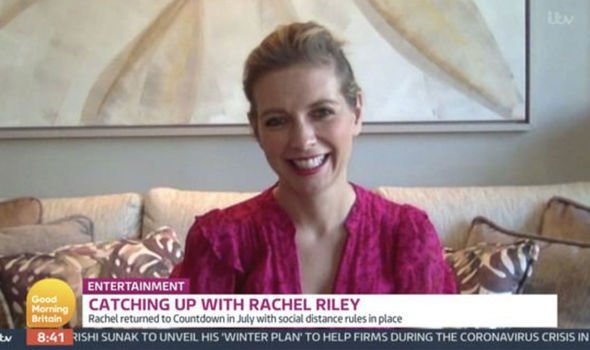 Jimmy quipped: “Am I asleep right now,” with the audience bursting into laughter.

Rachel went on to explain: “It’s not just bras, it’s any kind of undergarments, whether it’s a slip or a skirt or a little T-shirt she nicks it all.”

Fanning himself down, comedian Josh Widdecombe said: “This is too much for me,” with fellow guest Alan Carr adding: “Even I’m getting a semi.”

Rachel recently admitted she would like to have more children with husband Pasha Kovalev.

The star – who gave birth to daughter Maven last December – admitted she feels she was “quite late to the party,” to OK! Magazine.

Speaking on Good Morning Britain last week, she revealed her hopes for her Maven to become bilingual as she grows up.

Rachel gave a sweet update on the morning show regarding her first-born, saying: “She’s got teeth, she’s biting us, she’s all about chat chat chat!

Of her daughter, she added: “She’s so mobile, she’s crawling and can walk with one hand now.”

She went on to detail how filming for Countdown had been changed due to the coronavirus pandemic, with the show scrapping its studio audience for the first time ever.

Rachels admitted: “The main thing for us is that we’ve lost our audience. They probably are in the more vulnerable category… we’re really missing those guys.”