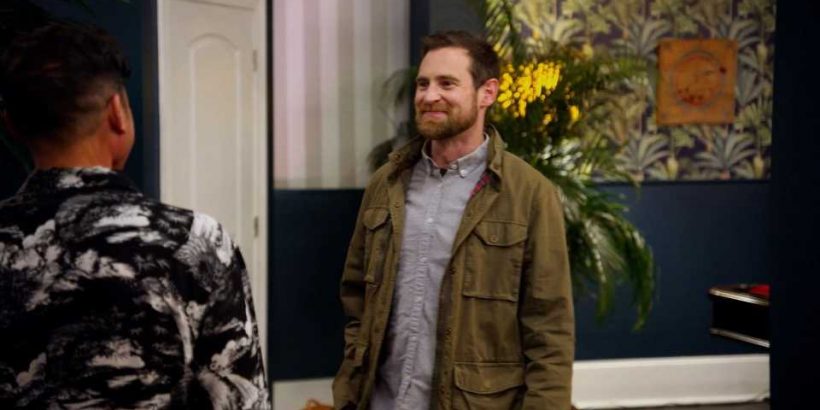 Danny expressed his wish for “some sort of closure” with ex-boyfriend Paul shortly after reliving some of their most memorable Real World: New Orleans moments and opening up about their life after leaving the MTV show. And during this week’s Homecoming episode, Danny reunited with the former captain in the Airborne Rangers, and they had a non-confrontational discussion given their complicated past. But did the duo achieve an amicable resolution?

Before Danny and Paul’s sitdown, Danny had revealed the two broke up after seven or eight years; he admitted he’d had an overwhelming fear of ending their romance because the relationship was “held on a pedestal,” along with a deep worry of disappointing gay America. However, as Danny told Jamie and Julie, something ultimately broke his “weird sense of obligation” to stay with Paul.

“Long story short, that motherf*cker started dating our mutual best friend behind my back,” Danny told the visibly surprised duo. “We have literally not spoken or seen each other since 2006.”

Danny admitted Paul attempted to reconnect through the years, but Danny rejected those offers. But this unique experience felt like the appropriate time for Danny to finally close this chapter and invite Paul to speak face-to-face — the backdrop of their early dating days, surrounded by the same people and familiar MTV cameras in a familiar city.

Danny texted Paul, and Paul answered that he would visit the next day. Unlike Paul’s past trips to NOLA on Real World, this installment featured Paul’s face unedited (the “Incoming Message” clips were not blurred either, but the series protected Paul’s identity in the early 2000s). Julie initially greeted Paul, and then Danny embraced him with a warm welcome. Danny remarked that Paul appeared different physically (more of a “conservative dresser” back in Y2K times), while Paul stated Danny looked the same.

They proceeded to speak privately without any of the roommates, and Danny cut right to the chase. He asked why Paul decided to come, and Paul explained that he needed to see that Danny was “good.” Danny responded that Paul had ample opportunity — years — to talk. Danny also insisted Paul would always “sweep things under the rug.” Then, Danny addressed the infidelity.

“When a really close friend of yours and your partner both betray you, it really rocks your complete faith in people,” he said as Paul listened intently. “I spent years having nightmares and flashbacks about everything that went down because it damaged my trust in people in general in huge, huge ways. It turned my world upside down.”

Danny did not want to revisit this time in his life; however, he did tell Paul he had PTSD as he recounted the pressures that came with being out as well as “owning” Paul’s safety.

“Being in the military and being with you was like wearing the rainbow flag on your forehead,” Paul stated, while Danny said he believed they were attempting to force two worlds together that “made life dangerous.” The notoriety that came with being on The Real World accelerated Danny’s anxiety after they went out in public when filming wrapped.

Paul commended his ex for being brave enough to put himself out there as a gay man for the world to see during that time and how, in present-day, the choice to appear on TV like this would be “nothing.” Danny addressed the topic he had previously raised with his roommates: the need to stay in the relationship to prevent letting people down. Paul understood Danny’s sentiment and stated he was not expecting forgiveness for his past behavior. However, Paul wanted to “take ownership” of how he treated Danny. But Danny had already forgiven Paul for himself.

“That took years; it wasn’t all in vain,” Danny added, while Paul claimed Danny was a “major part” of his life.

Danny thanked Paul for making an effort to see him in person and expressed how it made Danny’s participation in this unique reunion more meaningful. Danny concluded that it was an unexpected but pleasant “some sort of closure.” Paul departed after the conversation — and the men hugged goodbye.

“I wish Paul nothing but positive will, but it is nice that I can now know — at least in my mind — that we’ve closed that chapter entirely,” Danny concluded in a confessional.

What did you think of Danny and Paul’s Homecoming reunion? Give your thoughts in the comments, and keep watching The Real World Homecoming: New Orleans streaming on Paramount+, with new episodes dropping every Wednesday.