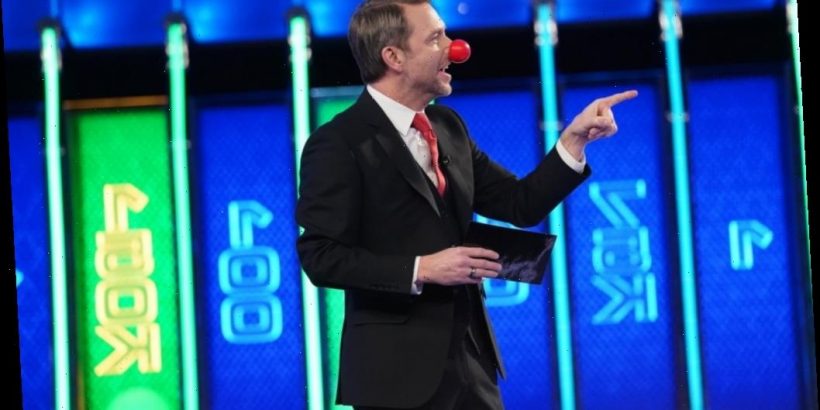 EXCLUSIVE: Comic Relief is bringing back Red Nose Day in the U.S. for a seventh time with this year’s event featuring a celebrity-laden episode of The Wall on NBC.

The network is one of the core partners of the charity fundraising group, which has raised more than $240M over the last six years.

Red Nose Day, which is Thursday May 27, started in the UK by Richard Curtis and Lenny Henry in 1985 to raise money to support the famine in Ethiopia. It launched in the States in 2015.

This year’s event will raise money for those affected by Covid-19, particularly to support programs to ensure that children who are living in poverty are safe, healthy, educated and empowered.

NBC will air a special episode of The Wall as its anchor programming. The Wall: Red Nose Day Edition will be hosted by Chris Hardwick and will feature a community-focused Houston family playing the game to try and earn life-changing cash for themselves, while Hardwick cheers them on and raises money for Red Nose Day by testing his own skills on the wall. Viewers will have the opportunity to join in to help raise money for the cause during the show and learn how Red Nose Day funds help underserved children. The special episode will also feature surprise celebrity guests.

NBC will also be running a host of other programming and features across the network and across NBCU and Comcast properties.

Previous years have featured special episodes of American Ninja Warrior, Running Wild with Bear Grylls and last year had performances from the likes of Blake Shelton and Gwen Stefani.

They are joined in support by Walgreens, Mars Wrigley and the Bill & Melinda Gates Foundation.

“Children who are living in poverty continue to be disproportionately impacted by the devastating ripple effects of the pandemic – even as things get better for some, many children and youth are at risk of being left behind,” said Alison Moore, CEO of Comic Relief US. “The return of Red Nose Day in 2021 is not only a powerful way to come together to make a life-changing difference for children, but also a much-needed beacon of hope. We’re thrilled to have all our core partners return again this year, continuing their longstanding support for the campaign.”

“The NBCUniversal family is proud to continue to play a role to help end child poverty through our partnership with Comic Relief US,” added Doug Vaughan, Executive Vice President, Special Programs, NBC Entertainment. “Each year, without hesitation, our company looks forward to participating in this effort by bringing visibility and entertainment to support this incredibly worthy cause. We are truly honored to be the home of Red Nose Day.”