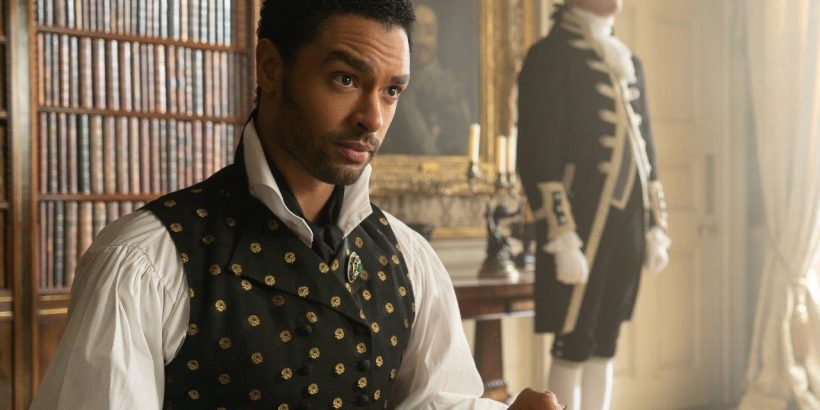 Words are the 34-year-old English actor, who rose to fame for his portrayal of the Duke of Hastings on the Netflix series, has had discussions with the show’s bosses about reprising the role.

AceShowbiz –Rege-Jean Page is in talks to return to “Bridgerton“. The 34-year-old English actor could reprise the role of the Duke of Hastings in season three of the hit Netflix show.

“Rege-Jean was always very open about his intention to quit the show after the first season and to move on to other projects,” a source told The Sun on Sunday newspaper. “But recently there has been a dialogue between him and the show’s bosses. Nothing has been formally agreed yet, but watch this space.”

Rege-Jean has also been mentioned as a possible candidate to replace Daniel Craig as James Bond. But whatever happens, 2022 is set to be an “exciting year” for the actor. The insider explained, “Things are very up in the air at the moment, but this will be an exciting year for Rege, without a doubt.”

Meanwhile, Rege-Jean previously compared leaving “Bridgerton” to his last day of school. The actor explained, “You’re afraid of the unknown, thinking, ‘Oh, my God, I’m never going to make friends as good as the ones I have,’ and then you do.”

Rege-Jean is also aware of his potential influence as a screen star. He said, “It’s so simple. I can get on a horse and I can put it on the screen; that’s step one. I can be royalty, and [other people of color] can see the possibility of being royalty. Standing there, wearing the boots and the jacket, doing the dances, inhabiting a space that is perfectly possible for me to inhabit, changes how you see the world.”

Rege-Jean believes the entertainment industry can also help in the fight for racial equality. He reflected, “As black people, we’re very used to empathizing with the world through white people’s eyes, because they’re the protagonists.”