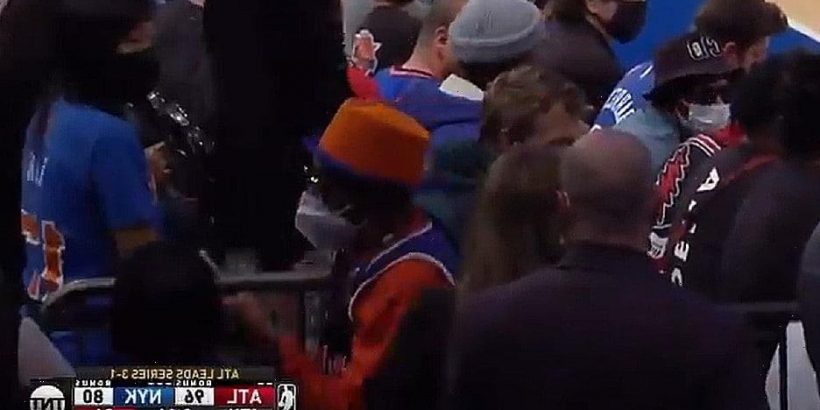 Spike Lee might possibly be the world’s most famous New York Knicks fan. But his love for the team has limits, apparently, and that limit was understandably the Knicks’ brutal, playoffs-ending loss to the Atlanta Hawks Wednesday night. Unfortunately, his reaction was caught on tape.

The round one match up between the Knicks and the Hawks ended in game 5 with a 103-89 victory for Atlanta. The Falcons will face the Philadelphia 76ers in round 2 of the 2021 NBA playoffs, and the Knicks will go home to figure out the plan for next season.

If you’re a Knicks fan, that had to hurt. So maybe that’s why three minutes before the game ended, when Atlanta was up 96-80 , Spike decided he’d had enough and left early rather than watch what turned out to be an inevitable, grueling defeat. 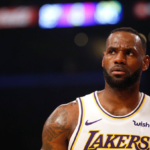 Alas, the quick retreat he beat was caught on camera during TNT’s coverage of the game, and commentators Marv Albert and Reggie Miller had a little fun at Spike’s expense. Here’s what they said:

Miller: “That’s a fair weather fan right there. If you want to be the number one supporter of the Knicks, you gotta stay here and take it like, like the guys on the floor.”

Now before you start joining in the roast, according to The Big Lead, Spike quickly thought better of it and came back in a few moments later. But don’t worry Spike, you’re not alone either way. I’m a Clippers season ticket holder and the odds are good I’m gonna feel just as bummed in a couple of days.

Watch the clip below.