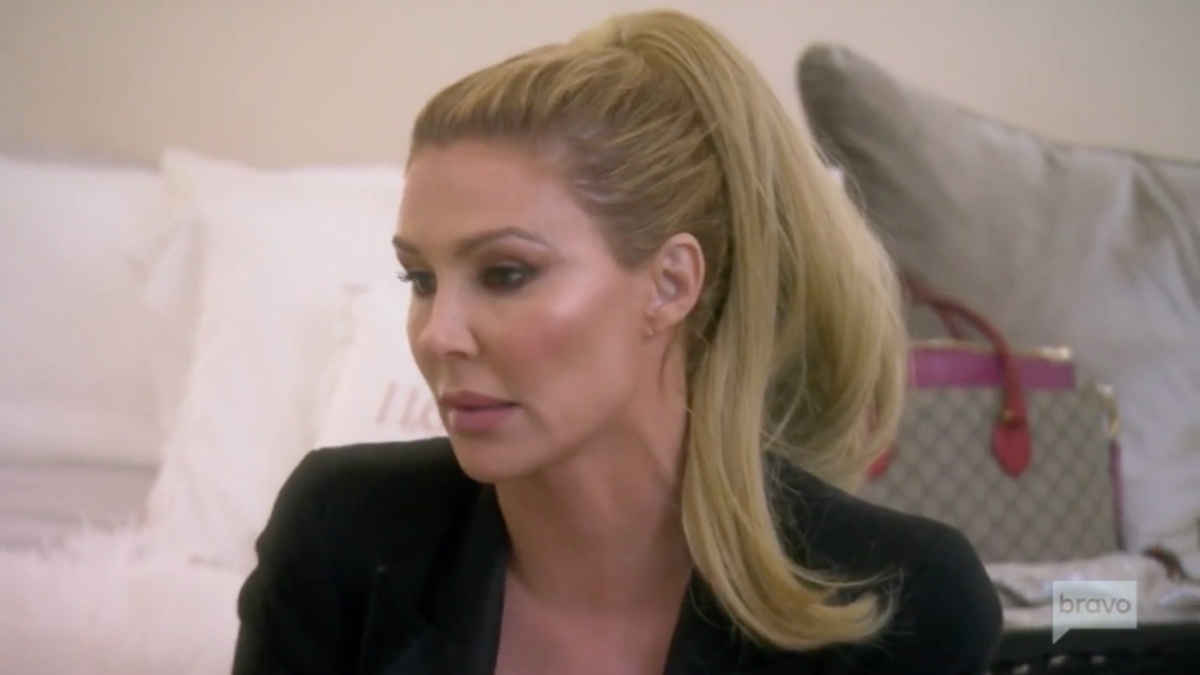 It looks like former Real Housewives of Beverly Hills star Brandi Glanville is still using current cast members as she attempts to return to the show.

Brandi took to Instagram on the same day that Erika Jayne announced her divorce and shared an article about the couple’s break-up, according to All About The Tea.

She later posted a statement on Twitter claiming that she was under the influence of Xanax as the reason for the untimely post. Brandi also blamed the blunder on leasing out her social media accounts and said she would never be so insensitive.

“I took a Xanax earlier because of what’s going on in this world,” Brandi wrote. “I didn’t see the post on my IG about @erikajayne until this eve & I deleted it the second I saw it.”

She continued, “As I’ve said in the past o lease my social media out. I in no way would’ve been that insensitive.

Brandi read a fan inquiry about her possible return to the Real Housewives of Beverly Hills when Andy Cohen was a guest on her podcast Brandi Glanville Unfiltered. Andy told Brandi that she isn’t friends with any of the current RHOBH cast-members.

“You’re not exactly friends with any of the women,” Andy said.

“I’m friends with Teddi and Kyle,” said Brandi. “I text Kyle a lot.”

Andy appeased her by saying she was as close to being back on the show as she has been in a long time.

Brandi claimed that she had sex with Denise Richards

Brandi managed to get back on RHOBH last season as a guest by telling the cast that she had sex with Denise Richards. Denise denied that she had a sexual relationship with Brandi.

Despite her insistence that she and RHOBH star Kyle Richards are friends, Brandi made an unfriendly remark about Kyle living in Encino. The former model and Andy were discussing which of the Real Housewives had the most money.

Andy mentioned that Kyle’s husband Maurico Umansky probably makes a lot of money and Brandi agreed, noting that his real estate firm The Agency has “hundreds of millions of dollars.”

She went on to say, “But, you know, they are living in Encino, which, I’m basically their neighbor and, um it’s no longer Bel Air or Beverly Hills so, do they? They do. I’m just, trying to be sha… I’m being shady,” she concluded.

The Real Housewives of Beverly Hills is currently on hiatus on Bravo.