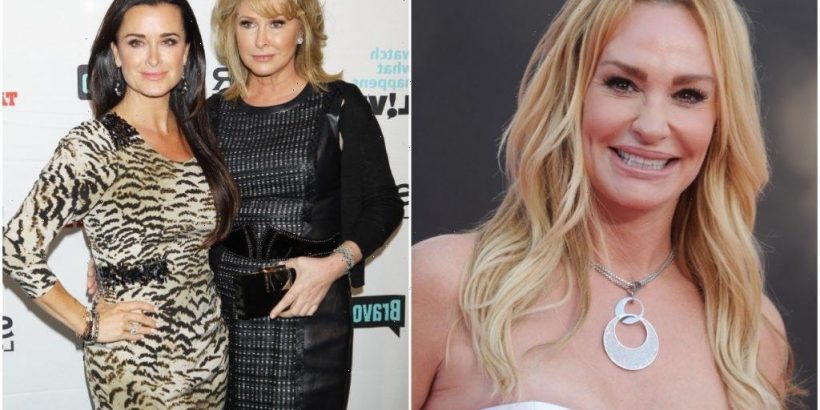 The Real Housewives of Beverly Hills has seen a lot of cast changes over the years. The latest one will involve Kyle Richards’ older sister Kathy Hilton joining the show. While some fans believe Richards and Hilton will be showing off their sisterly bond, former cast member Taylor Armstrong thinks RHOBH could bring out some negatives in their relationship.

Kathy Hilton will be a friend on season 11 of ‘RHOBH’

It has been confirmed that Hilton will be joining the cast of RHOBH as a friend in the upcoming 11th season. Previously, she had appeared on the show as a guest here and there. Now, it seems Hilton will have a more prominent role.

Richards actually had talked about Hilton possibly joining the cast in 2019.

“I mean, I would be happy,” she said on Watch What Happens Live. “I’ve had one sister on, why not have another sister on. My sister Kathy is actually… people don’t know this, but she’s one the funniest people there is. She’s a practical joker and she’s very, very funny. So I think she would be an amazing Housewife, actually.”

Taylor Armstrong is one of the original cast members of RHOBH. She was on the show during the first three seasons.

Armstrong recently appeared on a special episode of WWHL where a fan asked for her thoughts on Hilton joining the cast and whether she believes it would negatively impact Richards and Hilton’s relationship.

“I always thought Kathy should be on housewives,” Armstrong said. “She has all the characteristics; she’s a strong woman. And clearly she has all the glam and the bling and everything, so she fits right in.”

Armstrong added, “I love Kathy and I think that it will cause some challenges between their relationship unfortunately.”

Do Kyle Richards and Kathy Hilton have a good relationship?

Fans are probably aware that Richards’ relationship with her other sister, Kim Richards, has a lot of ups and downs. Kim was a cast member on RHOBH for five seasons, and had some notable on-screen conflicts with Richards.

The relationship between Richards and Hilton has had complicated moments as well. In 2018, Richards helped produce a show about her childhood called American Woman. According to People, Hilton was not happy with the project, calling it “too personal.”

However, Richards also explained her side of the story. She said, “I hope when Kathy sees the show, she’ll understand… I felt bad because she thought it was something that it wasn’t. I was inspired by my mom [Kathleen Richards], being a single mom in the ’70s. It was a crazy, fun, reckless time. But it’s not based on my actual life.”

Fortunately, it seems the two of them have moved past it. In late 2019, Bravo quoted Richards’ husband, Mauricio Umansky, who said “the families have made up” after their feud.