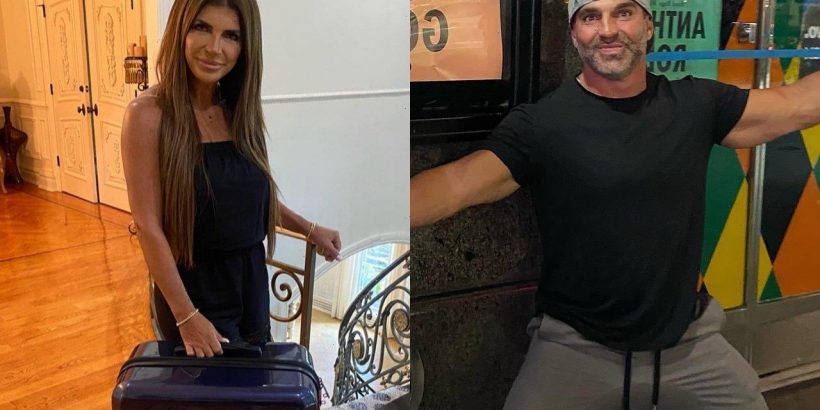 In a new trailer for ‘The Real Housewives of New Jersey’, the brother of Teresa can be seen storming off the set while filming season 12 reunion after yelling that he’s quitting.

AceShowbiz –Joe Georga is seemingy done with the drama. In a new trailer for “The Real Housewives of New Jersey“, the brother of Teresa Giudice looks upset while storming off the set during filming of season 12 reunion.

“I’m done. F**k you people,” Joe says while leaving the taping. He later is seen hinting at his exit as he says, “You know what? I quit.” Elsewhere in the trailer, the husband of Melissa Gorga is seen getting into an argument with Teresa.

“I wish you would f**king tell [Margaret Josephs] to shut the f**k up,” Teresa yells at Joe. The Bravo personality additionally accuses her brother and his wife Melissa of “talking about my f**king boyfriend,” Luis Ruelas. In response to that, Joe tells his sister, “You know what? Be a sister once in a while.”

The trailer also sees Melissa calling out Teresa over the fact she won’t be a bridesmaid in her upcoming wedding to fiance Luis. “You remember who’s been here through all your s**t,” Melissa says to Teresa.

Host Andy Cohen also confronts Luis about his controversial past. “There’s road rage incidents, slashed a girlfriend’s tyre, physical abuse in front of kids. Is any of it true?” he asks.

The trailer doesn’t explain why Joe leaves the set, but Page Six previously reported that he got upset during a heated discussion about his tense relationship with his 21-year-old niece, Gia Giudice. A source with direct knowledge of the situation claimed that he proclaimed, “I quit. It’s not worth it. This is my family. I’m done!”

“Andy said to Tre, ‘Go get your brother. We cannot have him quitting the show. Go get him,’ ” the insider added. It was said that Teresa had a talk with Joe, who reportedly doesn’t actually quit the show.

“RHONJ” season finale will air on April 26 on Bravo. Meanwhile, the reunion special is set to kick off on May 23.