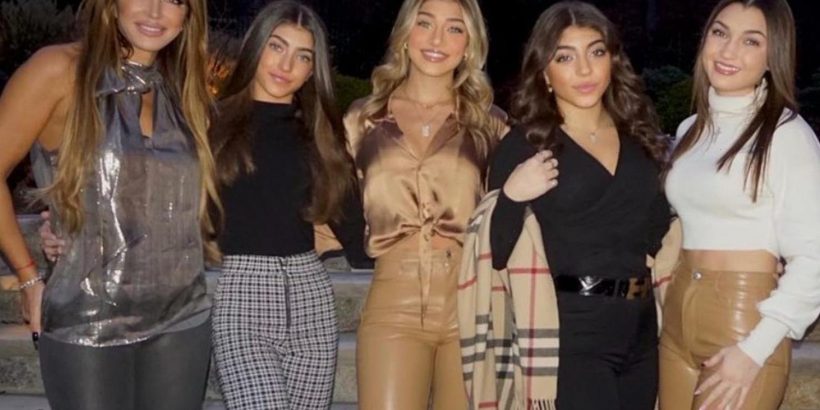 RHONJ'S Teresa Giudice’s teen daughter Gabriella posed alongside her sisters in a rare photo after her family celebrated her 17th birthday last month.

The reality star's second oldest child joined her siblings for a photoshoot as the family gathered for the Thanksgiving holiday. 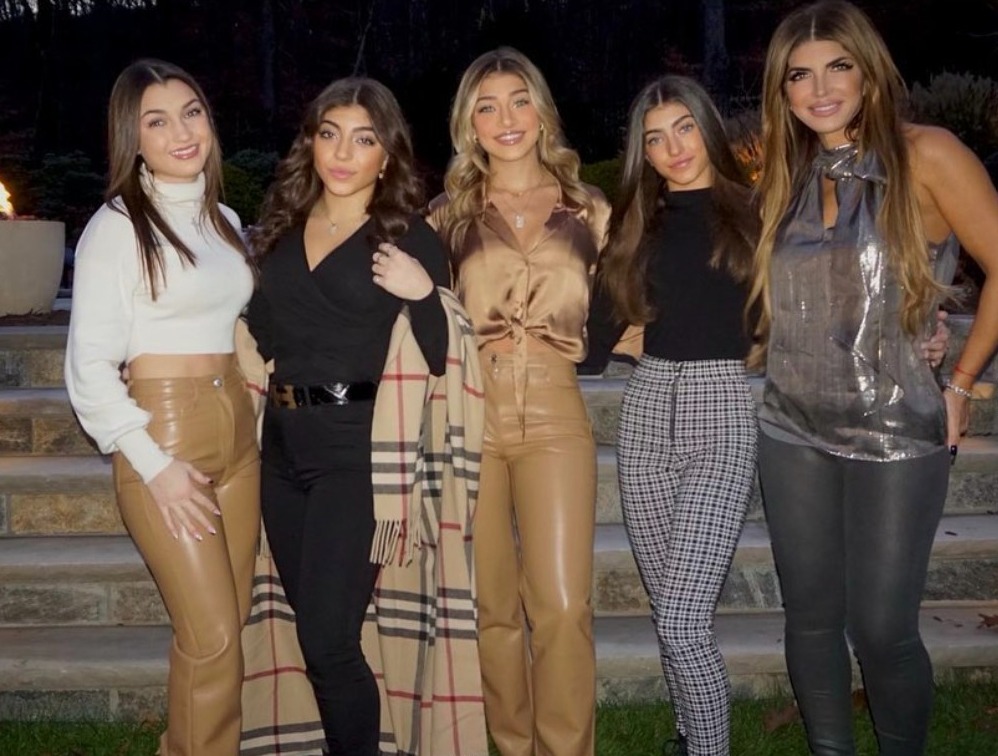 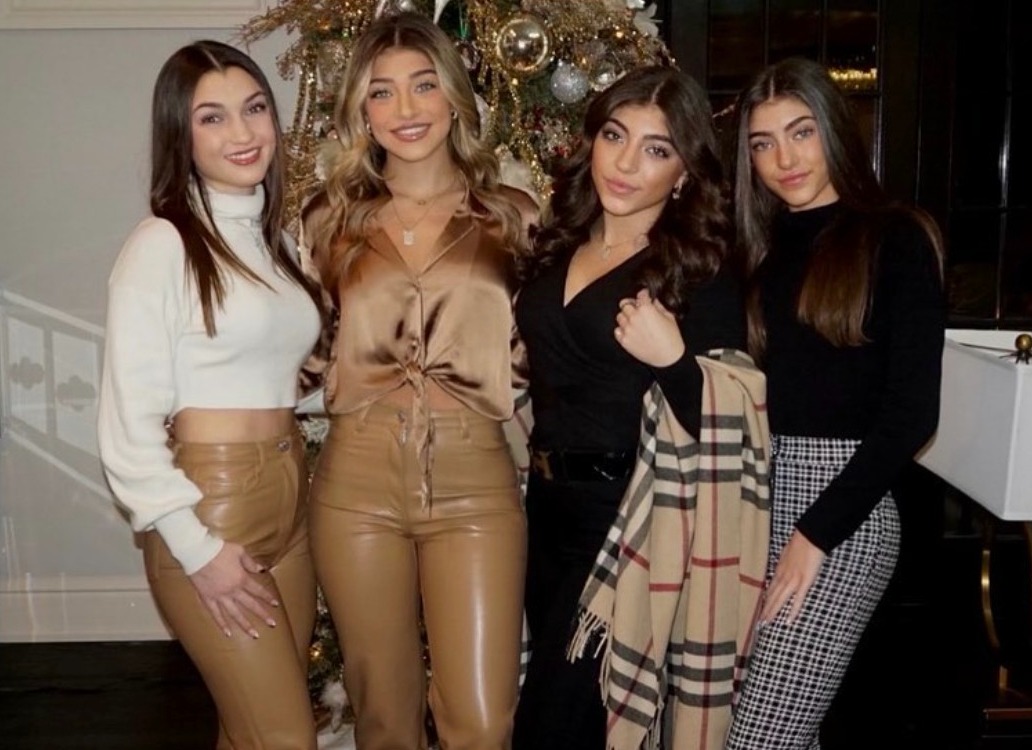 Teresa shared several snaps with her girls as the foursome stood in the backyard with a goregous view of the trees behind them.

Gabriella stood on the end in tight caramel pants with a white turtleneck croptop revealing her bare belly.

Her sisters all chose similar looks as her older sister Gia, 20, wore the same pants paired with a gold-colored buttoned-up blouse.

The girl's younger sister's Melania, 15, opted for an all-black attire while holding a tan plaid schall, while 12-year-old Audriana posed in a black top and black and white checkered pants.

In one pic, the girls were joined by their mother who wore an all-silver outfit, along with her fiance Luis Ruelas and his son David.

Teresa also made sure to capture a pic of her four daughters together in front of the Christmas tree.

She captioned the post: "Happy Thanksgiving from our family to yours ❤️"

Gabriella is rarely seen on social media with her siblings, but has been surfacing on the family's pages more as of late.

Last month, Teresa, 49, took to Instagram alongside her daughters to share photos and videos from Gabriella's intimate 17th birthday party.

The Bravo star snapped a photo of a lavish balloon arrangement created by the "Balloon Boss" that filled their entire foyer.

The mom-of-four also documented an over-the-top birthday cake with swirly candles and red, black, and white icing as her teen smiled for the camera.

Teresa's husband-to-be Luis also joined in on the celebration as he helped light candles and presented cupcakes to the birthday girl.

Later, the TV stars indulged in a spa night complete with silky pajamas and eye masks as they closed out the big day.

Gia also paid tribute to her little sis, sharing photos from the event to her own story.

Alongside a snap of Gabriella and her cake, the social media influencer wrote: "Happy birthday sissy I love you."

The two also took a photo side-by-side, which Gia captioned: "You deserve the world and more love you so much sis. Cheers to you!"

Teresa and her daughters held the birthday party at their $2 million New Jersey mansion, which she previously shared with her husband Joe Giudice, 49.

Over the summer, the RHONJ star posed side-by-side with Gabriella with a beautiful backdrop of the sunset behind them.

In the snap, Teresa had on a stunning gown with her black and white hat, while Gabriella wore ripped jeans and a short top that was cut at the midriff.

Both appeared to be enjoying themselves as they smiled for the camera.

Teresa captioned the photo: "My Gabriella is Bella."

Gabriella doesn't often make an appearance on the reality show alongside her mother because she seemed more focused on her grades.

Last year, Teresa gushed about how Gabriella was doing in school.

The Ultimate Girl's Trip star told Page Six: "She’s, like, super smart. She’s amazing. She’s in all honors classes. So I think she’s going to be able to get into any school she wants.”

Then in June, the proud mom shared snapshots of her teen daughter with her prom date.

In the caption of the photo, Teresa described her teen daughter as "gorgeous."

The TV personality wrote: "I hope she always believes in herself as much as I believe in her." 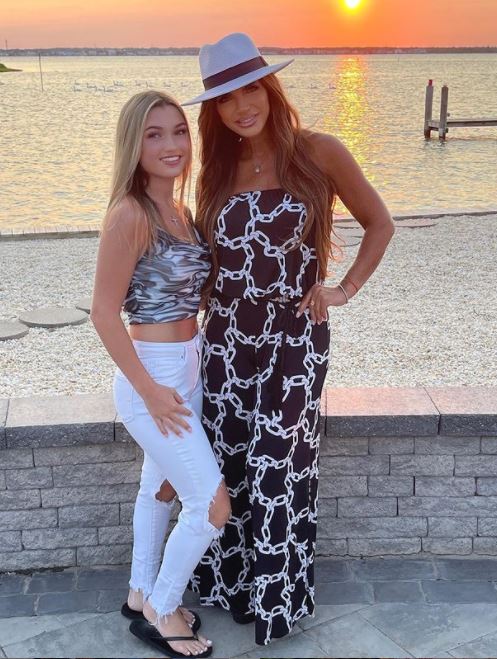 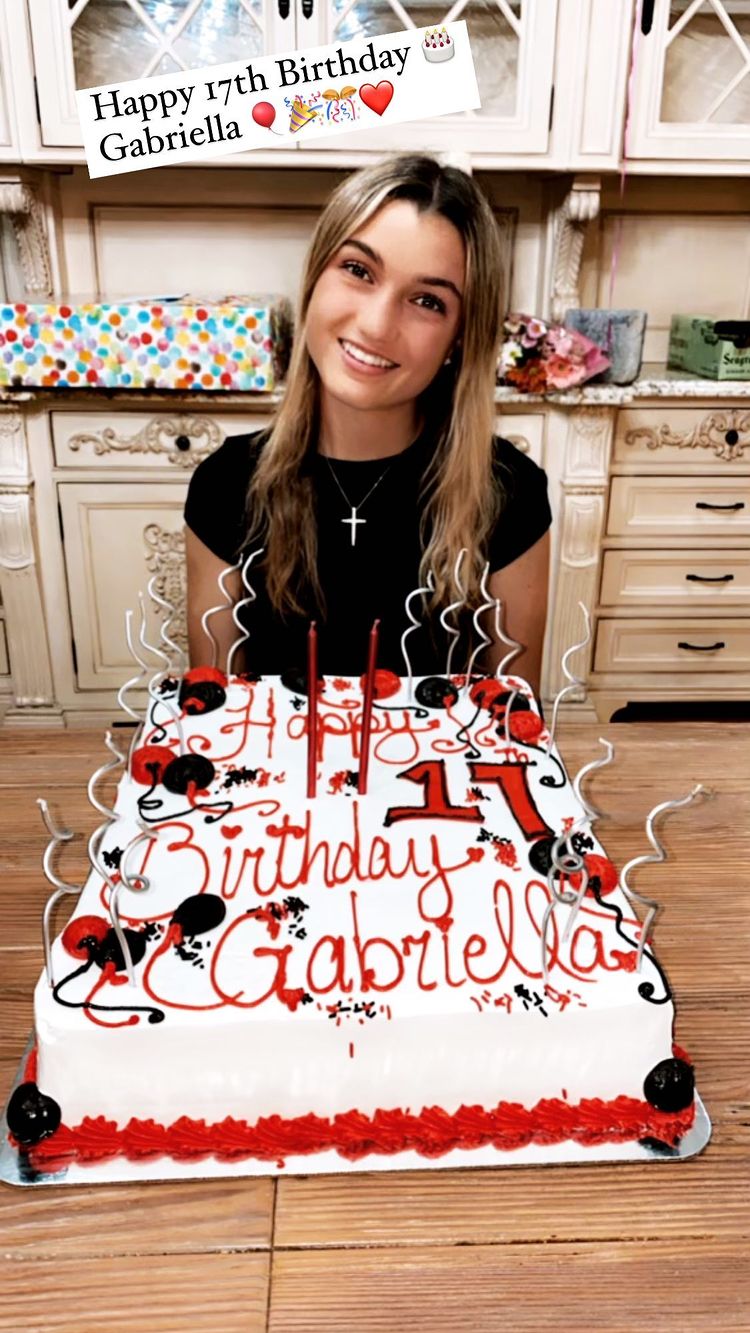 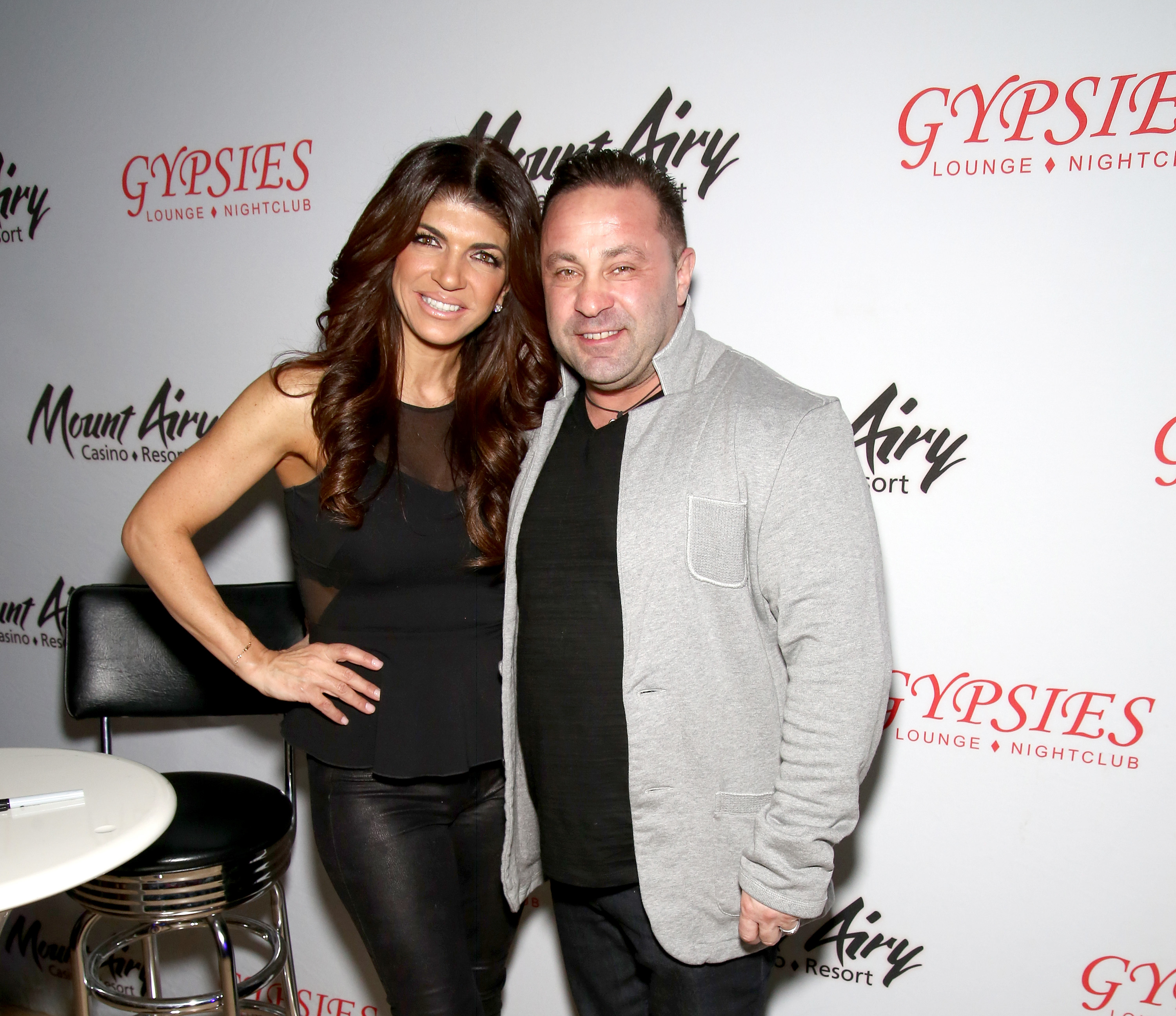