Oh jeez Rick, it looks like Rick and Morty’s first season is no longer available on Netflix UK.

The streaming giant has removed the entire first run of the series, we can sadly confirm, with only seasons two and three currently available.

So if you’ve yet to discover the show, we’re afraid that you may have missed your chance, and disgruntled viewers have already taken to Twitter.

“YOU GUYS ARE STEALING RICK & MORTY FROM US!?!?!? WTF MAN!!!!” one unhappy viewer wrote, while another added: “If you remove Rick & Morty I’m cancelling my subscription, @NetflixUK. Prepare to be bombarded with complaints.”

And we have more bad news, as it looks like at least the second season could be heading off Netflix soon too, as the service lists the show’s availability only until November 1. Season three is marked as a Netflix Original, so it is unclear whether that will last beyond that date or not.

This is because of licensing agreements with Adult Swim, with the removal suggesting that the license has expired. 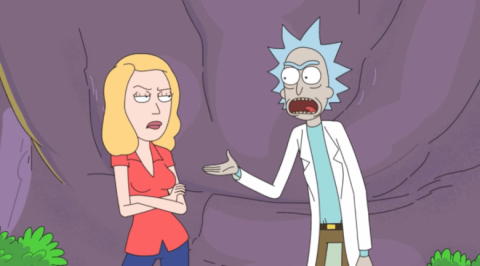 Either way, it seems that Rick and Morty won’t be getting their squanch on in the UK much longer (for the time being at least).

Meanwhile, it looks like season four of the show is on the way, with co-creator Justin Roiland recently confirming that they had begun production on the 70 upcoming episodes.

Let’s hope this gives Netflix an excuse to put previous seasons of Rick and Morty back on their website.