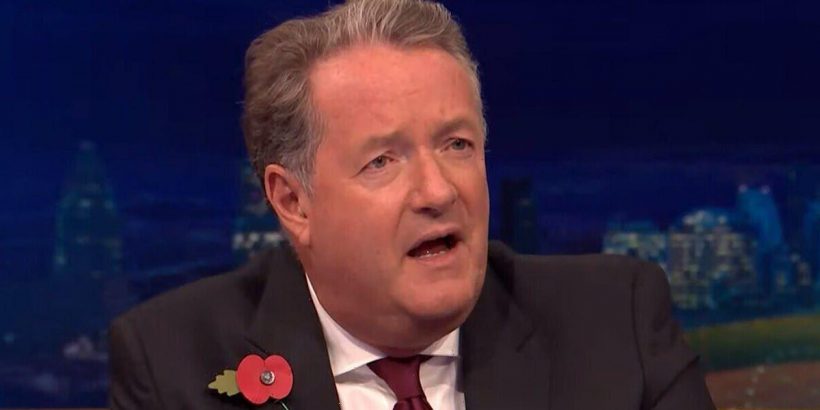 Matt Hancock was suspended from the Conservative Party on Tuesday after joining the cast of I’m A Celebrity. The Tory chief whip Simon Hart took the decision after speaking with the former health secretary. On Piers Morgan Uncensored, the former GMB host erupted as Lembit Opik attempted to defend Hancock.

Piers fumed: “The first wave [of the pandemic] was a disaster and the Health Secretary presiding over this was Matt Hancock.

“And for him to now – before there has even been a proper inquiry into what happened and what culpability he may actually be proven to have had – for him to now go into a reality show, in a jungle for hundreds of thousands of pounds is an absolute smack in the face for people like you who had to go through so much appalling trauma of losing all these people in your homes…

He continued: “The taxpayers pay their salaries and the very least we expect is that they serve their constituents and they turn up and vote vote, neither of which he can do for up to four weeks in Australia  whilst he’s on this ridiculous vanity exercise of assuming the British public will warm to his creepy little self and vote for him.

“They are not, they are going to vote for him to do despicable things and then kick him out.”

Agreeing with Piers, Ann Widdecombe said: “No serving MP should go on a reality show that takes them away from their constituency and from the House of Commons where they are paid to vote… for weeks on end.

“That is why I turned down Strictly for five years running.

“As soon as I retired, I said ‘Yes’, because I wanted to do it but I wasn’t going to do it as an MP.

“It’s not only time, there’s something else, Piers, dignity,” she remarked.

“You do actually have a duty of dignity to the office while you are an MP and there is nothing dignified about the jungle.”

However, Lembit disagreed: “It’s a matter for his constituents… I know Ann’s position and I respect it but I have a different view here.”

He argued that MPs take part in shows such as Have I Got News For You regularly.

“Surely no one disagrees with the principle of an MP doing a reality show,” he said.

Piers hit back: “This guy is jetting off to Australia when we are in the middle of a crushingcost of living crisis, the flaming bass neck of the man!

“He’s being paid by us the taxpayer not to eat kangaroo testicle.”

Ann questioned who would deal with a matter of emergency in Hancock’s constituency during his absence.

“I’ve been told by a second-hand authority that there is some clause that if there is an emergency of a significant nature, which is a judgement call, he would…,” Lembit said before Piers interrupted: “It’s called a cost of living crisis!”

Piers Morgan Uncensored airs on TalkTV on weekdays at 8pm.