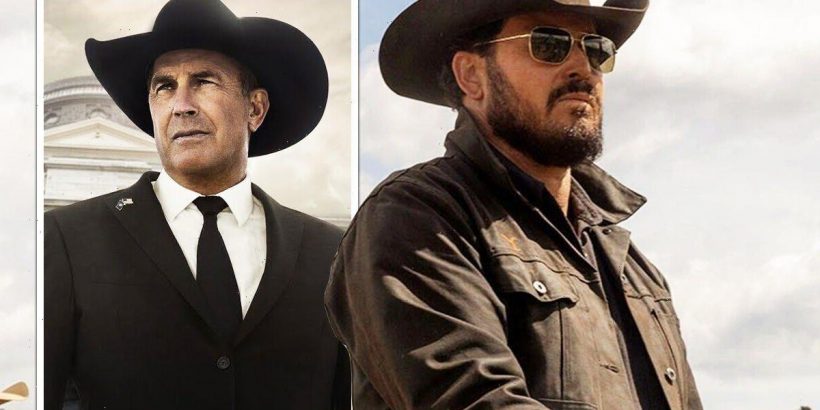 Yellowstone: Season 5 of US drama teased in new trailer

The fifth season of Yellowstone is finally here, and ranch manager Rip Wheeler (played by Cole Hauser) has plenty of problems to deal with on the land while John Dutton (Kevin Costner) is already starting to ruffle feathers as Montana’s new governor. However, if things end badly for the powerful rancher in this season of the Paramount Network phenomenon, fans want Rip to step up as the new landowner once John is out of the picture.

Ranch manager Rip Wheeler is the clear choice to take over Yellowstone once John either dies or retires, according to Express.co.uk readers.

In a poll taken ahead of the new season, 30 percent of readers named John’s son Kayce (Luke Grimes) as their ideal successor.

His daughter Beth (Kelly Reilly) wasn’t too far behind, with 18 percent backing the ruthless financier.

However, Beth’s husband and the ranch’s loyal and fearless head wrangler Rip was by far the number one choice, receiving 40 percent of the votes.

Jamie Dutton (Wes Bentley) was the clear loser of the poll, bringing up the rear with just three percent of the votes.

The results clearly suggest the majority of fans would still be happy watching the series if lead actor Kevin stepped down and was replaced by Cole.

Yellowstone’s Hollywood leading man hasn’t announced any plans to exit the series just yet, but his commitments to his new film project, Horizon, could mean taking a reduced role going forward.

John has already come under fire from the ranch’s enemies, and some Yellowstone fans were convinced he could be killed off after the ambush at the end of season three.

Thankfully, the rancher came back with a vengeance and now wields even more power as the Governor of Montana in season four.

Even so, there’s still a chance for Market Equities’ Caroline Warner (Jacki Weaver) or the ranch’s other enemies to take him down a peg this season.

John could eventually be forced into retirement or even killed off, leading into a brand new era for Taylor Sheridan’s hit Western drama.

The success of last year’s spin-off 1883, and the buzz around the Harrison Ford and Helen Mirren-led 1923, proves the franchise still has legs without Kevin at the helm.

Still, millions of fans would be sorry to see the A-lister depart, and Yellowstone focusing more on Rip’s struggles to retain the Duttons’ land would take some getting used to.

The series is also heavily rumoured to come to an end after six seasons, so fans may not have to imagine what the ranch’s future would be without John at the head of the table.

In the meantime, the show’s growing fanbase is eagerly awaiting the third episode of the new season, which will throw even more challenges at the resilient Duttons.

This episode will be entitled Tall Drink of Water, which could be hinting at some major developments for Broken Rock Chief Thomas Rainwater (Gil Birmingham).

“A trap is set for Jamie; Kayce makes an important decision for his family.”

Plus, there’s even more Yellowstone to come this year, with just a month to wait before another generation of the Duttons comes to screens in 1923.

Yellowstone season 5 continues Sundays on the Paramount Network in the USA and the following Monday on Paramount+ in the UK.