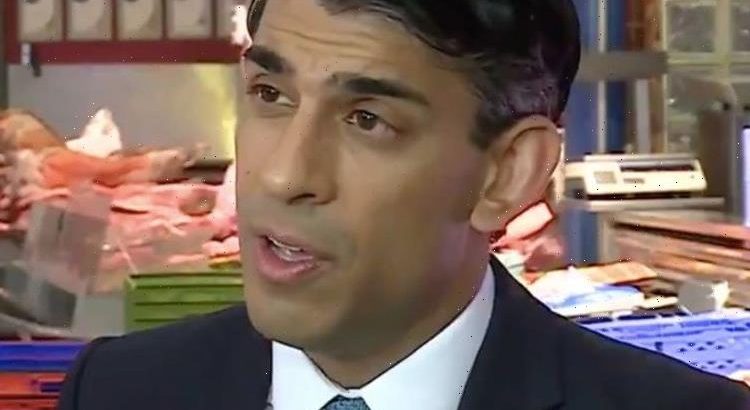 Rishi Sunak has defended lower rates of Air Passenger Duty, saying “in the round will reduce carbon emissions”. The Chancellor’s attempt to defend the move came amid criticisms from ministers and environmentalists that climate issues are not being considered if domestic flying booms. The announcement of the new measure was made less than a week before the start of the COP26 Summit in Glasgow, during which delegates will be urged to commit to helping cut emissions to tackle the climate emergency.

Speaking to the BBC, Rishi Sunak said: “So what we are doing here is returning to a system that we used to have before we had to get rid of it, which is we’re not paying air passenger duty on both legs of a journey that you took within the United Kingdom.

“It’s right that we are consistent with our environmental goals.

“So let me just talk a little bit about that.

He continued: “So it is a tiny part of our missions.

“So yes, we’re doing this to support domestic aviation and regional airports who will benefit from this.

“But we are also introducing a brand new band for ultra-long-haul travel.

“So you’re right, those who fly the furthered will pay the highest rates of APD-that’s consistent with our environmental objectives as a new band that will come into force.”

He continued: “And actually yesterday, the independent watchdog said that our plans in the round will reduce carbon emissions and move us further along the path of Net-Zero.

“We’re also investing in R&D to create sustainable aviation fuels. So there are lots we’re doing to tackle this.”

Rishi Sunak has slashed taxes on domestic flights but increased them on long-haul journeys.

The changes have led to accusations from opposition politicians and environmentalists.

They fear that cheaper prices will spark a domestic flying boom while ministers are urgently trying to tackle climate change.

Labour’s shadow chancellor said it was “astonishing”, coming a week before Cop26.

The Office for Budget Responsibility predicted it could lead to more than 400,000 extra passenger journeys a year, a 3.5 percent increase.
Source: Read Full Article