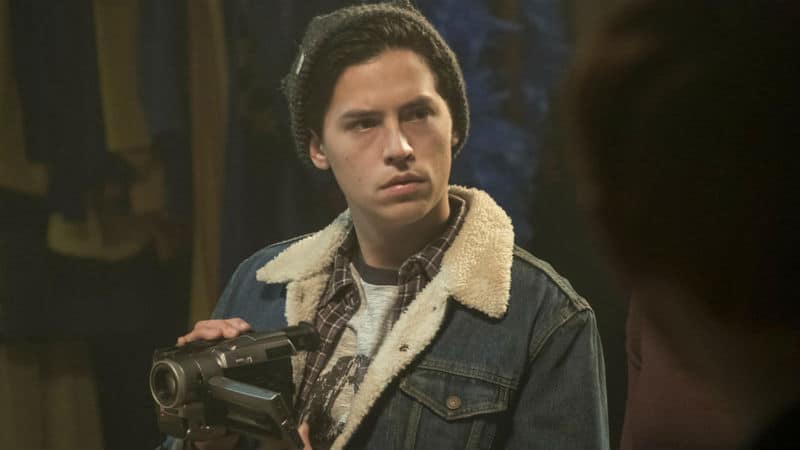 Riverdale is returning in just two days and Season 3 will be bringing in two new faces. The past two seasons have garnered a lot of attention from viewers, and after a few name-drops concerning Jughead’s (Cole Sprouse) mom and sister, the actresses have finally been announced.

Jughead has talked about Jelly Bean on several occasions throughout Riverdale. Now, she will become someone viewers can see, along with his mother. During the Riverdale panel yesterday at the New York Comic Con, it was revealed that both roles to round out the Jones family have been filled.

Gladys Jones will be played by Gina Gershon. She’s best known for her roles in Cocktail, Showgirls and Face/Off.

Gladys’ character is described as a savvy businesswoman. Of course, she is going to have to check Alice Cooper (Madchen Amick) who has gone back to her roots and old boyfriend, FP (Skeet Ulrich). It looks like there may be a showdown between these two women and Riverdale fans are here for it.

Jelly Bean or JB as she is lovingly dubbed, will be played by Trinity Likins. She is going to be a goth-like teenager who is into Black Sabbath. JB is helping her mother with the “business” and perhaps even running a few cons on her own.

There is plenty to look forward to with Season 3 of Riverdale beginning in just a few days. What will happen to Archie after his arrest last season? Could there be a match in the making with Gladys and Fred Andrews (Luke Perry)?

Riverdale returns October 10 at 8/7c on the CW network.