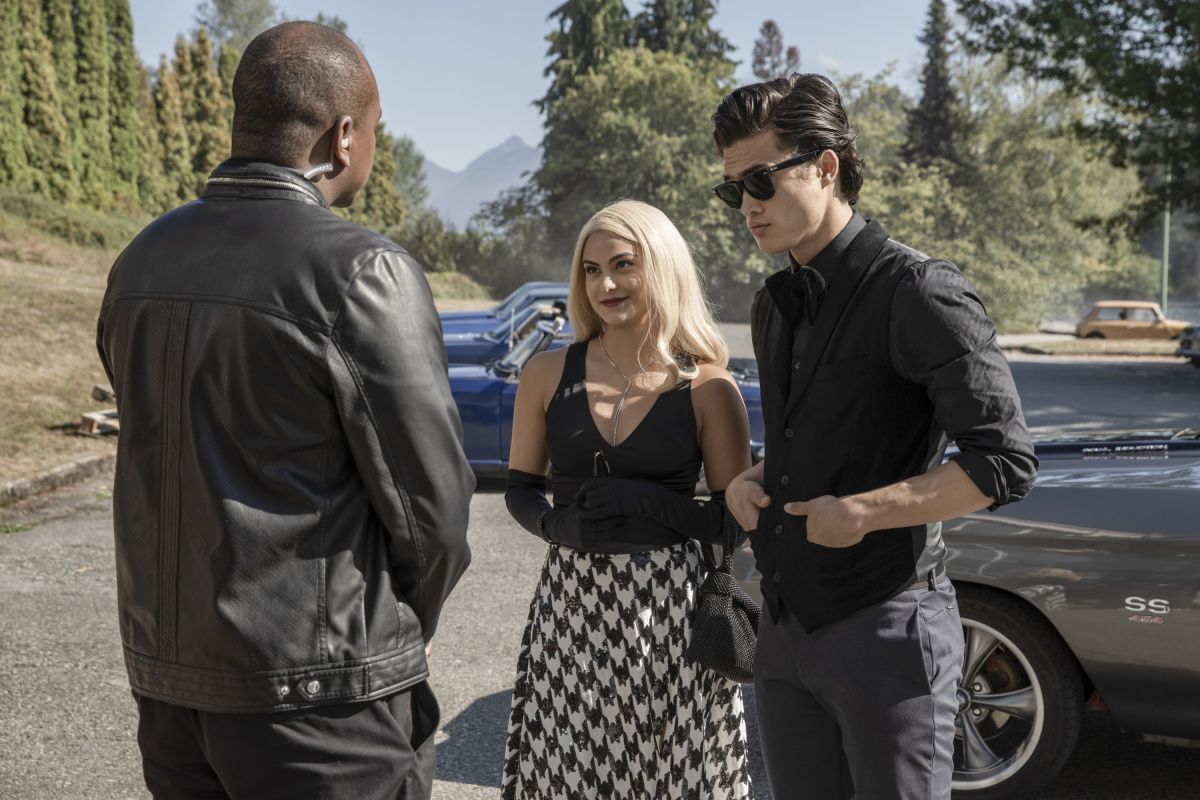 People, we are only five (5) episodes into this season of Riverdale, and I already feel like I’m about to have an aneurysm. There was So. Much. Happening. In this episode! Veronica and Archie had a locker room conjugal visit! Joaquin betrayed Archie with a kiss and a stab wound! The gang broke Archie out of jail in a daring scheme that turned out to also somehow be a level of Griffins & Gargoyles! Perhaps most importantly, Betty stole Jughead’s bike and channeled Young Alice in a full leather ensemble!

All right. Let’s dig into the truly buck wild events of “The Great Escape.”

1) Warden Norton is connected to the Gargoyle King.

After what may very literally be the dumbest prison break attempt in recorded history (the plan was to…. clamber over the wire fence in broad daylight in front of multiple armed guards?), Warden Norton decides that Archie’s fighting prowess and enviable abs are no longer worth the hassle, and sentences him to death by fight club. When he’s called to a delectable but very creepy Last Supper with the warden, Archie knows his number’s up and he’s about to be sent into one last fight club from which he won’t emerge alive. To Archie’s credit, he manages to get some useful intel out of the warden, who reveals that Hiram bribed Cassidy’s friends to lie under oath in order to frame Archie.

Archie also takes the opportunity to ask whether the warden answers to Hiram, to which he responds: “My soul belongs to no mere mortal, Andrews, but to He who resides in the kingdom alone. He’s watching us.” Reassuring! At this stage, it seems clear that he’s talking about the Gargoyle King.

2) Jughead is still acting like a lunatic, but is also maybe right about everything?

You’ll recall that last week’s episode ended with Jughead rambling at Betty about how he’s on level three and will soon ascend to meet the Gargoyle King. He’s a little more cogent now, and explains to Betty that he’s become convinced G&G is just an analogue for the town of Riverdale. According to him, the game is “one big narrative that’s still being written and played” through the lives of the townspeople. On the one hand, he’s still got that worrying wide-eyed mania thing going on, and keeps saying sh*t like “How do you catch a Game Master? You become a Game Master yourself.” On the other hand, his theory is proven to be 100% correct by the end of the episode.

For now, though, Betty’s like “All right, well, at least you’re safe down here, one less thing for me to worry about, enjoy the game!” and peaces out, because apparently she’s already forgotten about the kid who used to live in this bunker who literally committed suicide while playing G&G. Cool cool cool.

3) The kids try, and fail, to get dirt about The Midnight Club from their parents.

Reggie’s dad fully punches him in the face for asking. FP plays the “well that’s just HER side of the story” card. Sienna and Tommy play dumb altogether when Josie and Kevin ask them about the game, and then create a diversion by revealing that they’re engaged. Altogether, after last week’s info dump from Alice, we get no new information at all about what happened on Ascension Night.

And then they have reunion sex in the locker room, because conjugal privileges come with the fight club territory! Strong contender for greatest line in Riverdale history: “I’d recognize those abs anywhere!”

Having witnessed the extremely illegal and dangerous conditions under which her boyfriend and his abs are being held, Veronica goes home to the gang and reminds them all that Archie exists. Naturally, they decide to stage an ambitious prison break. Betty is pissed at Jughead for making it all about G&G, snapping that “this isn’t a game, this is Archie’s life”—but as it turns out, it’s both. We intercut between Jughead playing Game Master and Veronica, Betty, & co. executing their rescue mission, in a way that makes it clear Jughead is actually narrating the action as it happens in real-time, via the game. How? Who knows? But given that Jughead’s narration is already a major part of the show, the meta levels here are mind-boggling.

5) Archie is saved by his friends, but also betrayed by one.

Et tu, Joaquin? As Archie’s gearing up for his final fight, he promises he’ll come back for Joaquin once he gets out. Joaquin tenderly kisses him, then un-tenderly stabs him! What?!?!?! Joaquin’s sorry, but the warden promised him that if he did this, he would ascend. So… is Warden Norton the Gargoyle King?

On a more positive note, Archie briefly gets to reunite with Mad Dog, who is not dead after all! As Veronica and the gang create a diversion, Archie sneaks out of the arena through a loose grate and tries to get Mad Dog to come with him. Mad Dog regretfully informs Archie that he is too muscular and hot (or words to that effect) to fit through the grate, but volunteers to hold off the guards while Archie escapes. Despite his extremely deep stab wound, Archie Shawshanks his way out of the facility through a sewer, meets up with a leather-clad Betty and the rest of the gang, and makes it to Dilton’s bunker just in time to pass out in Jughead’s arms. I’m exhausted!

Toni patches up Archie’s stab wound because her list of skills is endless, while Archie expresses an appropriate level of confusion about this creepy bunker all his friends hang out in now. Unfortunately he’s now a fugitive, so probably has to live here for the foreseeable future. 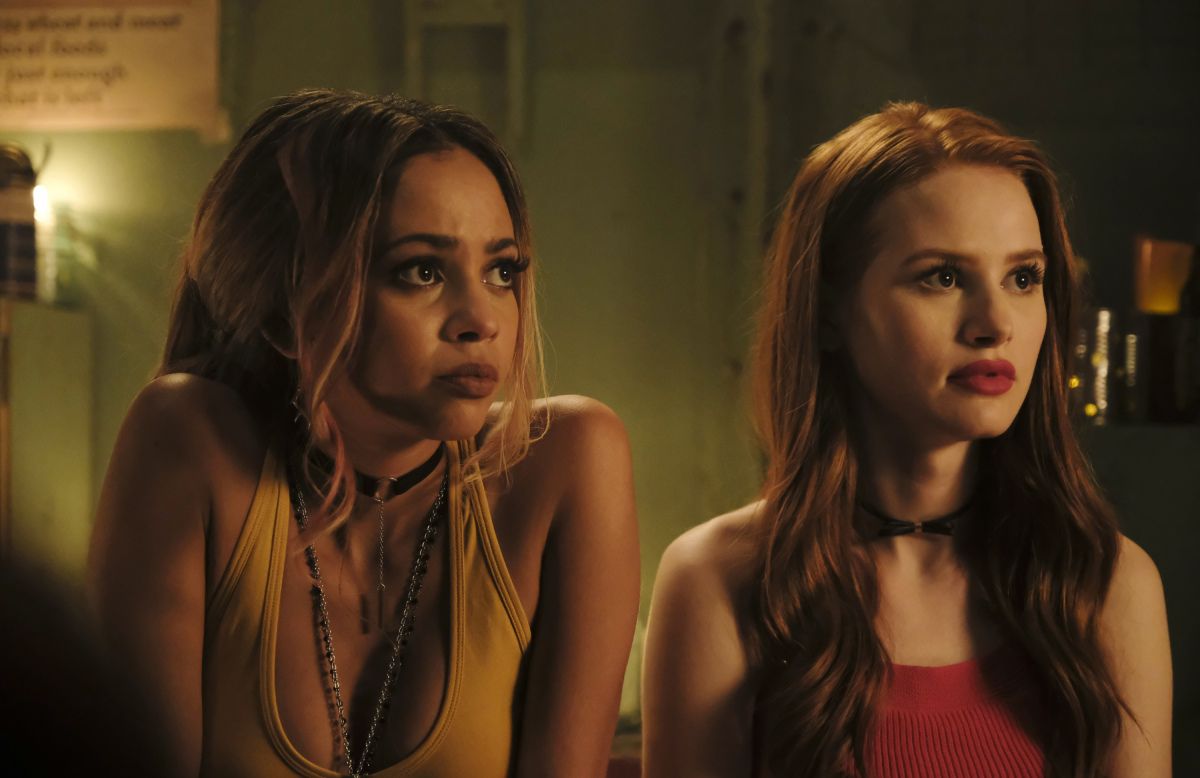 6) Warden Norton is the latest player to ascend.

After noticing that the brand on Archie’s hip looks a lot like a G&G symbol, Jughead starts to wonder whether Norton is the Gargoyle King. But almost immediately afterwards, we see the warden drinking Fresh-Aid in his office and dying a grisly blue-lipped death. Later, Jughead encounters the Gargoyle King in the forest, which is the third time we’ve seen it appear to our characters after someone has ascended. Maybe a pattern? Maybe not. In this show, I truly never know.