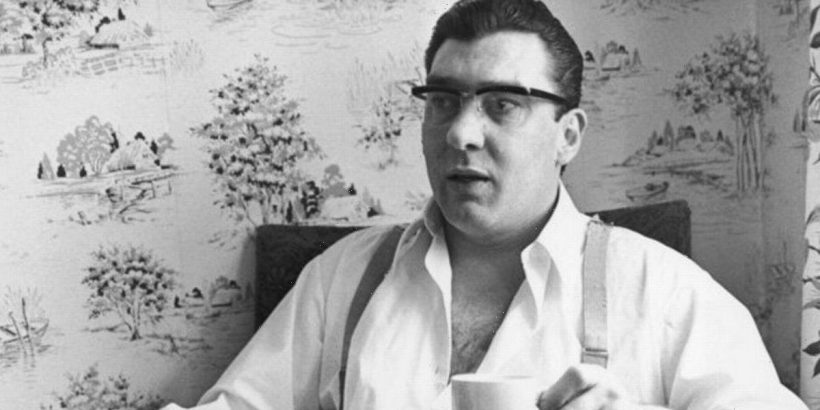 Put two of Britain’s most notorious crime names together and it was bound to produce bizarre tales.

And that is exactly what happened when Ronnie Kray, one half of the Kray twins — the notorious East End gangsters — was put in Broadmoor.

Broadmoor Hospital, based in the village of Crowthorne in Berkshire, is the oldest of the three high-security psychiatric hospitals in England.

It has housed some of the UK’s most infamous murderers and criminals, including Peter Sutcliffe — dubbed the Yorkshire Ripper — armed robber Charles Bronson and “Green Chain Rapist” Robert Napper.

Most of the patients, with the hospital able to cater for 240 male inmates, suffer from severe mental illnesses and many also have personality disorders. According to the NHS, most patients stay at the facility for five to six years, although some can be there for a considerably shorter time or longer time if necessary.

Channel 5’s series on the institution continues tonight (October 27) at 10.30pm, with Inside Broadmoor: Criminally Insane looking at its history and the treatments used.

Why was Ronnie Kray in Broadmoor? 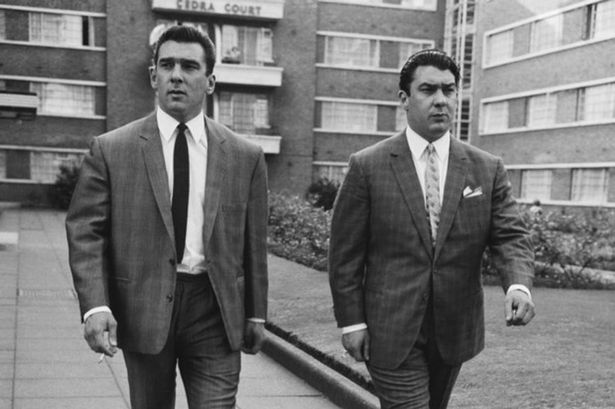 Ronnie Kray and his brother Reggie were responsible for some horrific crimes and murders across the East End in the 50s and 60s.

They were convicted of the murders of George Cornell and Jack ‘The Hat’ McVitie in 1969, and sentenced to 30 years behind bars.

A decade later Ronnie was diagnosed with schizophrenia and moved to Broadmoor, where he was soon living in the lap of luxury.

Ronnie was a Category A prisoner who was not allowed to mix with other prisoners before being certified insane 10 years after being convicted.

This saw him moved to Broadmoor in 1979.

He suffered from schizophrenia, which was kept under control through medication.

After 16 years at the Berkshire institution, Kray had a heart attack in Broadmoor in March 1995 at the age of 61.

He was transferred to Wexham Park Hospital in Slough but died two days after his heart episode.

His twin Reggie attended his funeral in handcuffs, with the brothers having been kept in different prisons. Ronnie is alleged to have lived a life of luxury in Broadmoor, more akin to a hotel stay than punishment for being one of Britain’s most hardened criminals.

It is said he had a fellow inmate double up as a butler, while a tailor would come once a year to measure him up for a bespoke new suit.

He was shocked to find how plush the conditions were.

Mr Dinenage, speaking to Channel 5 in 2021, said: “Ronnie really had quite a smart room there.

“He had been allowed to decorate it the way he wanted it with all sorts of yellows and purples, which were very much his colours and a nice dressing table with all his little ornaments and photographs on it.

“He loved his music. He was allowed a record player in his room. It was very much a Ron room. It felt very much like a hotel bedroom.”

Maureen Flanagan, a family friend of the Krays, paid many visits to Ronnie while inside Broadmoor.

The former model said he was “indulged” thanks to the money he had raked in through a life of law-breaking.

During visits, Ms Flanagan said Ronnie and his guests would be served tea and cakes on fine china by a butler in a smart white jacket — who was actually double-murderer Charlie Smith.

“Ron clicked his fingers as if he was in a posh restaurant and up came this boy and said, ‘What can I get you Ron?” Ms Flanagan told The Sun.

“Ron told him to get something from the kitchen and he said ‘I’m going to get them now.’ And up came two strawberry tarts.

“I couldn’t believe he could order those delicacies in a place which was really an asylum.”

The Page 3 girl said she always took Ronnie his favourite smoked salmon bagels when she visited and that his Friday night dinner — a pork pie — was delivered by Harrods weekly.