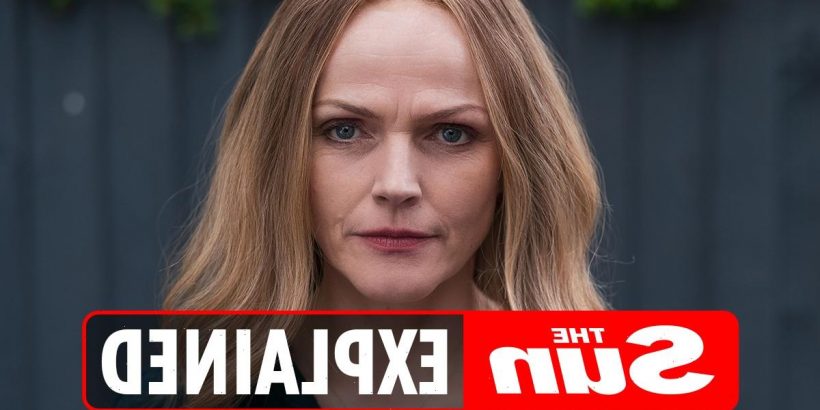 THE new BBC thriller that starts TONIGHT (January 11) will for sure have you leading an investigation of your own.

A drama which explores toxic workplace culture with the findings of a dead body in the office. Expect it to be dark, thrilling and humorous.

Where is the BBC drama Rules of the Game filmed?

Local actor Maxine Peake, explained in an interview about the new series, that she was able to walk to the film set as she lives in Salford.

Her character's home is located in Eccles, on Chatsworth Road, which is a huge tree-lined street filled with large 1930s houses.

"It’s great being up North because I live in Salford, I’m from Bolton originally and then I lived in London for about 12 years and then I came home – I call Salford home," the 47-year-old explained.

She went on to explain how it was only a 10 minute walk from her house to get to the film set, which is something that “has never happened” to her before.

The sportswear company's expansive office in which they all work is also filmed in the Fujitsu building at Manchester's One Central Park.

Majority of the locations scenes were filmed around the Cheshire market town of Frodsham, producers say.

Viewers can expect to see tudor-style houses, with traditional pubs and shops.

The area in which they filmed at was considered 2021s most in-demand rural location for home buyers.

The police station in the show was set up in a building within Heath Business Park in Runcorn, which is often referred to as one of the country's leading business and science parks.

Character Maya Benshaw, played by Rakhee Thakrar, who is the company's new HR director, is filmed at a house in Great Sankey, Warrington.

When is Rules Of The Game on TV and how can I watch it?

Two episodes of Rules Of The Game will air on consecutive nights, with the premiere airing on Tuesday, January 11, 2022, at 9pm on BBC One.

On the following evening, Wednesday, January 12, the second episode will air at the same time.

The final two episodes of the four-part series will air on Tuesday and Wednesday at the same time the following week.

All the episodes will be available on BBC iPlayer once they’ve aired.