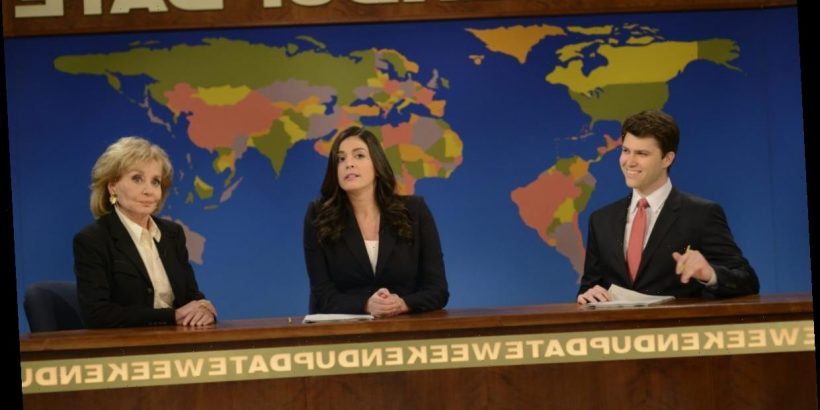 Saturday Night Live finished its final run of 2020, and fans are waiting for its return this year. For 46 seasons, SNL has been creating satires of people and events. Many celebrities have gone on to star in various skits, and others were the focus of the jokes.

Barbara Walters is a retired journalist who has interviewed countless high-profile people like Oprah Winfrey. For many years, SNL made several parodies of Walters. However, she went on the show to joke about herself when her retirement came around.

There have been numerous celebrities that SNL has spoofed over the decades. The show has even parodied some people multiple times. One famous person they created skits for was none other than Walters.

E! reports that the first actor on SNL to portray Walters was Gilda Radner. The long-running gag started in 1976, and a new nickname arose from the sketch. In the skit, Radner is wearing an exaggerated wig and introduces herself as Baba Wawa.

This parodied version of the former journalist would be one of many sketches that focused on her.

In 1997, Walters created a daytime talk show called The View. The show consists of an all-woman panel, which featured Walters with four other hosts. SNL caught wind of the new series, and upcoming writer Tina Fey helped write a parody of The View.

In this parody, Cheri Oteri played the former journalist this time around. Oteri’s version had Walters tell tall tales as if they were actual experiences. The sketch was a hit, which coincidentally gave The View more popularity.

How does Barbara Walters feel about the gags?

With all of these humorous takes on famous people, some viewers may be curious about what the celebrities think of SNL‘s satire of them. Jeopardy host Alex Trebek also was the center of many comedy bits. When asked, Trebek stated it had not bothered him because he saw it as a good thing.

Fans may wonder if Walters feels the same way or not. It would seem that she initially did not like the gags of her, specifically the “Baba Wawa at Large” skit. She hated that she was stuck with the unofficial nickname for years.

“When Gilda first began to do ‘Baba Wawa,’ I hated it. I didn’t like it. I didn’t want to be ‘Baba Wawa,” Walters mentioned in an interview. “I don’t talk that way, and I do pronounce my Rs.”

Although she hated it, the veteran journalist acknowledged that it was a sign that she was at least well-known. The sketches would end up immortalizing her.

Barbara Walters made a surprise appearance on ‘Saturday Night Live’

Despite her initial displeasure, Walters eventually warmed up to SNL‘s parodies of her. In 2014, she decided to retire. The former TV personality sold her stake in The View and said her goodbyes to her co-hosts and producers.

However, there was one last action she wanted to take when making her final farewell to television. According to Guff, Walters made an appearance on SNL to parody herself. Her cameo may have surprised viewers who were used to Oteri’s impression of her.

In the skit, Walters reveals that the voice the series has been spoofing all this time was not her real one. The former TV personality gives several tips on how to be a successful journalist in a joking manner. For example, when talking about making celebrities cry during interviews, she mentions that she thinks about the money the tears would make.

It would seem that Walters came to accept the caricature of her TV persona. She was able to go onto SNL with good humor to poke fun of herself.