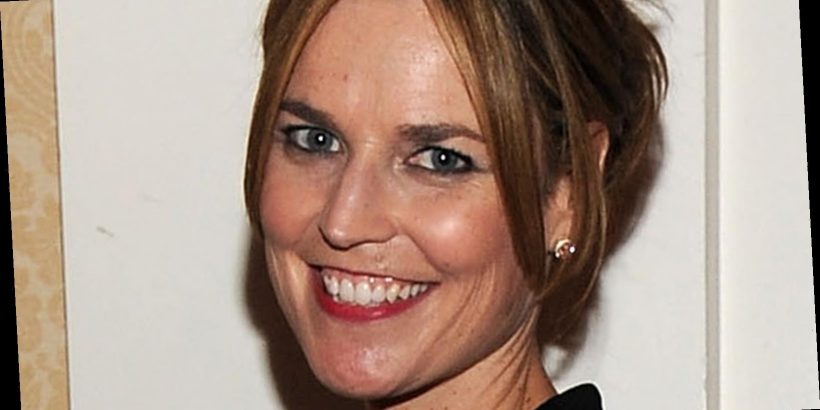 You know her as the long-running host on Today, but Savannah Guthrie is much more than just her gig on the hit NBC morning show. The beloved TV star is an American broadcast journalist, former attorney, loving wife, and doting mom. Guthrie handles all of her responsibilities, no matter how difficult, with grace and dignity.

The television anchor, who was named after her great-great-grandmother when she arrived on Dec. 27, 1971, was born in Melbourne, Australia. Guthrie’s father was stationed overseas for his job, but her family moved to the United States when she was only 2 years old. Though Guthrie does not remember much about her life down under, her Australian roots are an “exotic part of my history that I love,” she gushed to People in December 2020.

Upon their arrival to the U.S., Guthrie and her family resided in Arizona. The NBC star was raised by her parents alongside her siblings, Annie and Camron, in the city of Tucson (via Biography.com). There, Guthrie grew into the talented, educated, and hardworking woman that paved one of the most respectable reporting careers in TV history.

However, Guthrie’s journey wasn’t always rainbows and butterflies. The news reporter has faced her own trials and tribulations, but for Guthrie, the struggles have only made her stronger. Keep scrolling to see why her transformation through the years is truly turning heads.

Savannah Guthrie endures the death of her father at age 16

After relocating from Australia to Arizona, Savannah Guthrie flourished as a young girl. Tragically, she experienced her first major heartbreak when her dad Charles died when she was 16 years old. The TV personality’s father died of a heart attack (via CheatSheet).

In an open letter to her “lovely mom” Nancy, in honor of Mother’s Day in May 2017, Guthrie recalled how they “clung to each other for dear life in the years that followed” the beloved father and husband’s passing. The letter, which was published on Good Housekeeping, praised Guthrie’s mother for keeping their family together during that tragic time.

“I think about when Dad passed away so suddenly. Your strength and selflessness in the face of that shock amazes me to this day,” she penned. “As you know, there’s no manual that tells you how to be a mother. But I’m lucky because I had something better: You. I’ve been watching how you move through this world with integrity and grace for my whole life.”

It would have been easy for Guthrie to go down the wrong road following her dad’s devastating death, but she had the undying love and support of her mother. “Your belief in me and your strength are at my core,” Guthrie wrote. “You’re the reason I’ve accomplished anything at all in life.”

Following her father’s death, Savannah Guthrie started a new chapter in her life when she began her college career at the University of Arizona. The brunette beauty was not entirely sure what to study in college at first, but thanks to her mom, she was inspired to take up classes in journalism (via Biography.com).

At the University of Arizona, Guthrie got her start in TV, landing a job with a local public television station. After graduating from the public land-grant research university with a Bachelor of Arts degree in journalism in 1993, she took a job as a reporter at a local TV station in Columbia, Mo. Guthrie worked there for two years before being offered a position with the NBC affiliate station in her hometown of Tucson.

Guthrie worked in Tucson for five years before she headed off on a new adventure. In 2000, Guthrie was transferred from the west to the northeast when she landed a gig with the NBC affiliate WRC-TV in Washington, D.C. There, she covered highly-publicized stories, including the 9/11 terrorist attack on the World Trade Center, the Pentagon attacks, and the anthrax mailings. And this was just the start of her illustrious career in TV.

Savannah Guthrie adds a law degree to her résumé

Following her law school graduation, Guthrie practiced law with Akin Gump Strauss Hauer & Feld, a firm in Washington, D.C. She went on to join Court TV — which is now known as TruTV — the same year she graduated from law school. During that time, she became a national trial correspondent and covered high-profile cases, like the Michael Jackson child molestation case, the Boston clergy sex abuse scandal trial, and TV personality Martha Stewart’s sentencing.

By 2004, though, she had returned to the camera as a legal affairs correspondent for Court TV. According to IMDb, her work was featured in two episodes of Disorder in the Court: The 20 Most Outrageous Courtroom Moments in 2006 and 2007.

After appearing as a legal affairs correspondent for a number of years, Savannah Guthrie took her talents back to NBC by 2007. At the time, she was named the network’s White House correspondent, a title she held from 2008 to 2011. In her role, Guthrie covered major events, such as the 2008 presidential election. She juggled that gig with her co-anchor position on MSNBC‘s The Daily Rundown in 2010 and 2011.

By June 2011, Guthrie landed her most notable role when she was picked up by Today. She started off as the co-host of the third hour, as well as a chief legal correspondent, but by the following year, in July 2012, she became a co-anchor on Today. The star replaced Ann Curry and joined former host Matt Lauer, Al Roker, Kathie Lee Gifford, and more. That same year, Guthrie was honored for her work alongside her team on Today when she took home her first Emmy Award. The program received the Daytime Emmy Award for Outstanding Morning Program.

However, the Today show was rocked when Lauer was fired over allegations of inappropriate sexual behavior in November 2017. According to Variety, he was accused of raping former NBC staffer Brooke Nevils during the 2014 Sochi Olympics. Since Lauer’s exit, Guthrie — alongside co-host Hoda Kotb — have carried the program. “The stress can be unbelievable, but Savannah is made of pretty sturdy stuff,” a source told Closer Weekly in December 2018. “She doesn’t wilt under pressure.”

After years of cementing her status as a legendary host on television, Savannah Guthrie turned her attention to finding love and starting a family. She was blown away by Michael Feldman, a public relations consultant and former political adviser, when they first met in 2008. The Today star and her beau’s romance began when they crossed paths at Feldman’s 40th birthday party. As People reported, this was shortly before Guthrie separated from her first husband, BBC journalist Mark Orchard, whom she was married to from 2005 to 2009. After the former couple split, Guthrie and Feldman started dating.

Five years later, the lovebirds tied the knot in March 2014 (via The Oprah Magazine). Guthrie and Feldman then started their family that same year when their daughter, Vale, was born in August. Their second, Charley, made his arrival in December 2016. Because Guthrie was in her 40s, the couple used in vitro fertilization to get pregnant with Charley — something they have no regrets about.

“I knew it was the winning lottery ticket to have one child … so I never dreamed that I would have two,” she told Health magazine in 2019. “When making that decision about whether to go through IVF, my husband and I talked about it a lot. I didn’t want to start a process where we spent all of our present searching [for] some future when our present was so lovely. But I also knew I would love for Vale to have a sibling.”

Savannah Guthrie's two kids, Vale and Charley, have her heart

Savannah Guthrie has given endless attention to her Hollywood career, but nowadays, her most important role is being the mom of her two kids. Even though she continues to star on Today, while juggling a plethora of other professional gigs, Guthrie’s No. 1 priority has become — and will now always be — her children, Vale and Charley.

Guthrie takes motherhood so seriously considering her road to becoming a parent wasn’t the easiest. “I always wanted to be a mom, and it took us so long to get married — we dated for so long — that we thought maybe it was too late and we’d lost our chance,” she told People in April 2019, noting their lives changed when they found out they were about to become parents. “I don’t think there were two happier people on this planet.”

Since then, Guthrie has relished her role and, luckily for fans, she always offers the sweetest glimpses inside her family life. In March 2021, she uploaded the cutest pics while venturing around New York City with her little ones. “City kids + sunshine  = happiness,” she wrote in the caption.

Guthrie has come a long way, and by the looks of her transformation, nothing will ever dull her sparkle!