Does lightning strike twice? It's a question that many in the business of making TV have pondered in recent times as they raid the vault of past glories.

Those behind the reboot of Will & Grace would reply in the affirmative. Those responsible for Dynasty … Maybe don't ask.

But there are compelling reasons to be confident – and excited – about the return of SeaChange.

It's 20 years since the original show's finale, after a mere three seasons as Sunday night appointment viewing on the ABC. It was at peak form – in creative and rating terms – when it ended and if audiences had their way, it wouldn’t have.

Unheard of in today's climate (Offspring, anyone?), creators Andrew Knight and Deb Cox weren't coaxed into another throw of the die, preferring to leave the show where it was despite the unresolved storylines and hungry fans.

Closure and nostalgia, however, aren't the main reasons to venture back to Pearl Bay.

From the get-go, SeaChange was a sparkler. It depicted a community of eccentric, square-peg-in-a-round-hole outcasts bound together by common pursuits and hopes of that ever-elusive second chance. It had whimsy, comedy, drama and romance to burn. 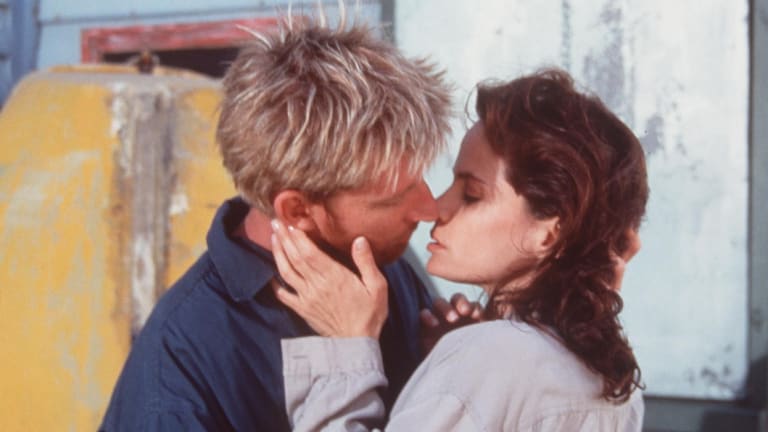 David Wenham and Sigrid Thornton in the original SeaChange.

It was smartly written, brilliantly cast and captured the mood of the country. The trials of Laura (Sigrid Thornton) and Diver Dan (David Wenham) may have been the topic du jour, but being an ensemble in the truest sense of the word, no role was too minor and the show was packed with recognisable, memorable and fully-rounded characters.

It was, in short, a textbook example of how to write, direct and cast a TV series. Crucially it was made at a time when a "local" drama meant just that. It was set in a world that was a romanticised version of what we saw when we looked around ourselves.

Demographically, SeaChange was a programmer’s dream come true, evidenced by its Sunday night slot. Its multi-generational storylines help to make it relevant to the broadest possible cross-section of the Australian public.

The annals of Australian TV history is filled with cop shops, hospitals and the waiting rooms of country doctors. SeaChange broke that mold.

The proof of this exercise will of course be in the pudding. With varying degrees of success, TV makers have already "re-imagined" Picnic At Hanging Rock, The Devil’s Playground and Prisoner. But if one was to pick a single show deserving of a full-fledged "return", it’s hard to go past SeaChange.