The cheating pair seemed at ease together as they look to put their snogging scandal behind them. 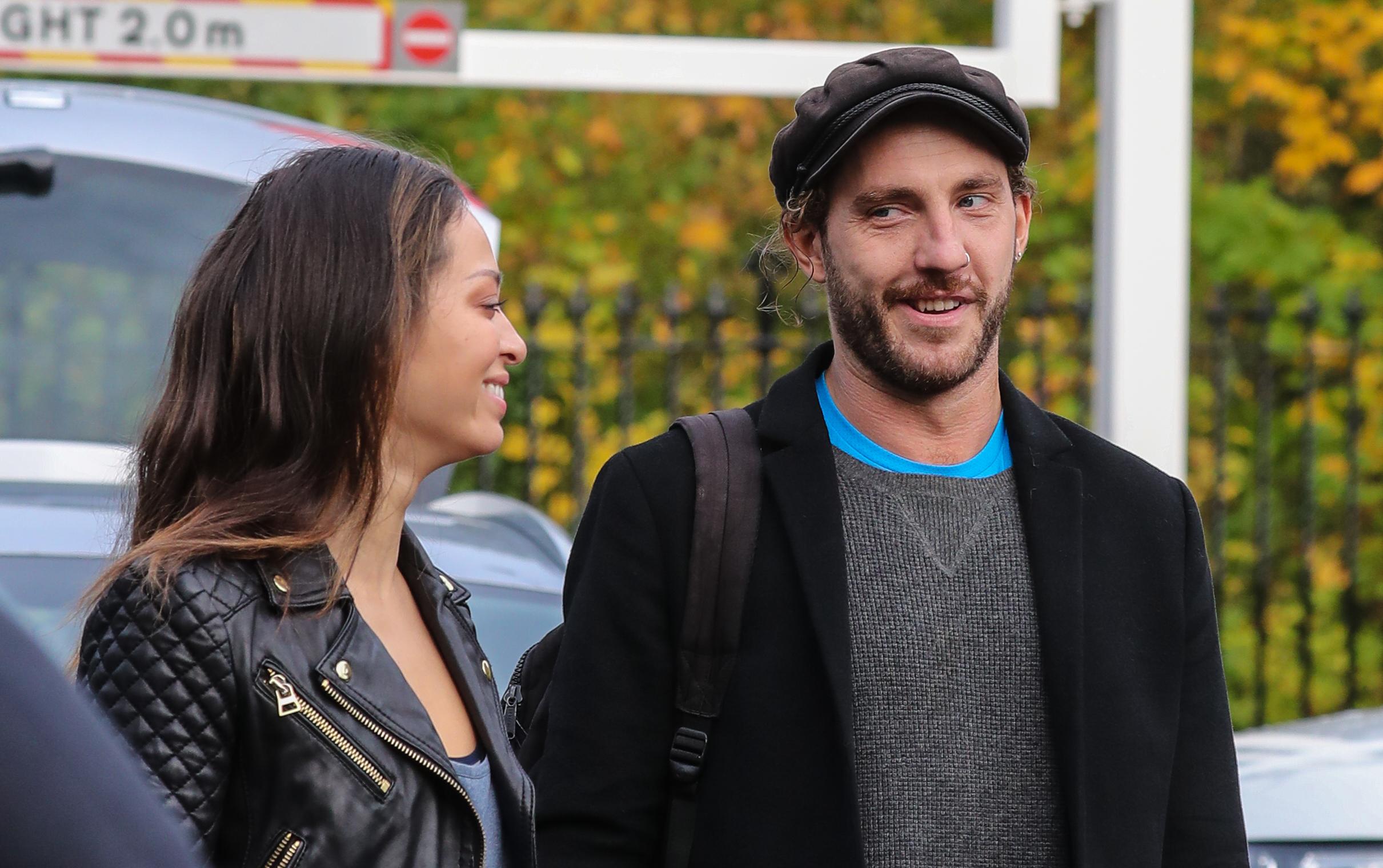 The pair had clearly had a successful day in training and looked happy and comfortable while leaving the studio.

They showed no sign of exhaustion as they bounced out into the sunshine.

While Katya, 29, looked sleek in black leggings and a matching leather biker jacket. 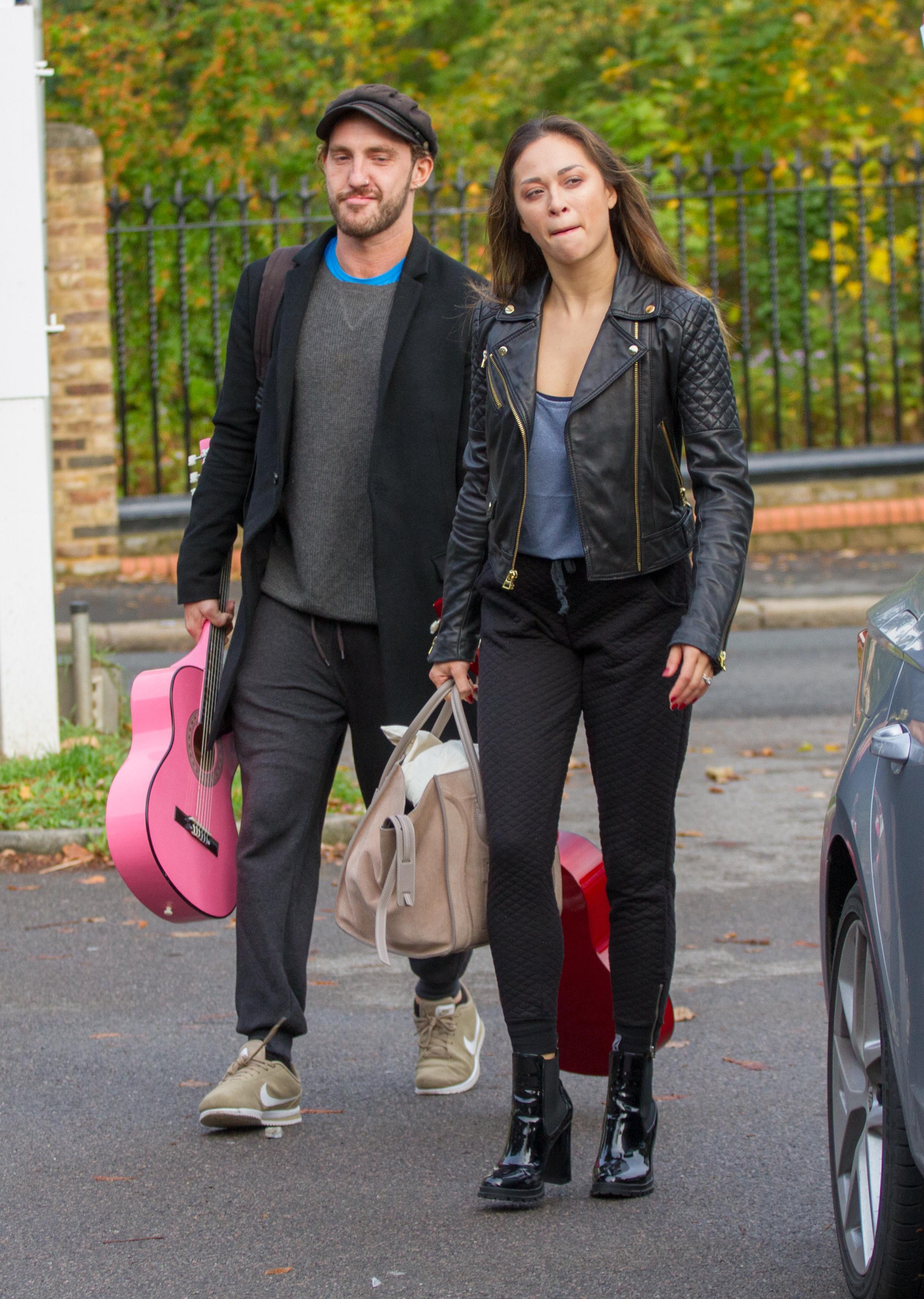 The dance partners got the star treatment as they made their way to a waiting limo.

And they certainly looked more cheerful than just hours earlier when serious Seann failed to raise a smile.

The shamed pair didn't look thrilled to be spotted as they made their way out together before.

Seann and Katya looked a bit peeved to have been seen as they took a break during their rehearsals.

Glum Seann seemed reflective as he walked behind his dance partner. 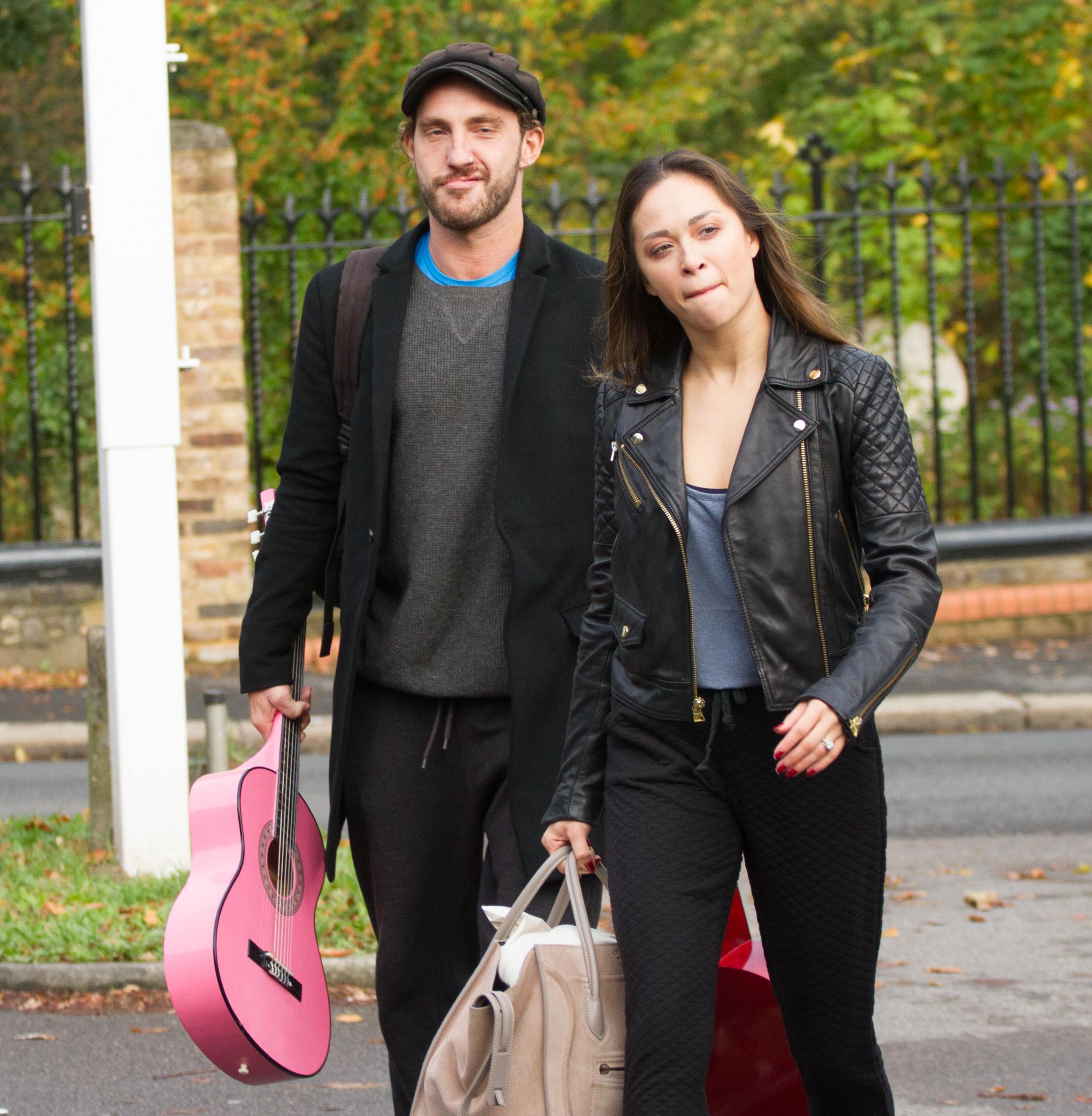 Their sighting comes after they were praised by a Strictly choreographer for getting through a "tough" week following their kissing scandal.

Jenny Thomas, who is the BBC ballroom stalwart's resident charleston and salsa choreographer, commended the pair in an Instagram post after their performance on the weekend.

The acclaimed international dance instructor, who helped with their routine, captioned the shot: "Yes, it was a tough week but we did it! Congratulations guys. So proud!"

Jenny has worked closely with Katya, 29, before, notably choreographing the toy soldiers Charleston for her and 2017's winner Joe McFadden.

The choreographer, who has worked alongside the show pros over the past four years, was also the brains behind Katya and Ed Balls' Gangnam Style salsa in 2016.

The comments come as it was revealed dance partners, who were caught snogging earlier this month, will perform the quickstep – described as one of the most "light-hearted" routines.

The duo will dance to Jake Bugg's track Lightening Bolt – a week after the cheating pair delivered the Charleston to the sound of Lunchmoney Lewis' Bills.

The quickstep is a fast routine that is often performed to more upbeat melodies – making it the perfect choice for those wanting to turn down the heat.

Before images in The Sun showed the couple kissing, the pair had performed more saucy routines.