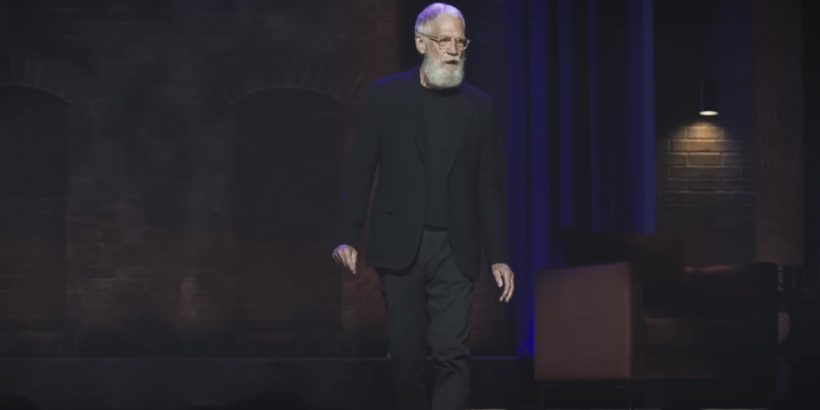 David Letterman joked about the Dave Chappelle incident — where an audience member tackled the comedian onstage — during the late night icon’s appearance Friday at the Netflix Is a Joke Fest.

The streaming service released footage of Letterman’s bit Saturday. Onstage at the Fonda Theater, Letterman looked out at the audience and jumped back in mock terror after he saw someone running in the aisles.

After calming down, Letterman quipped, “I’m sorry — thought I saw a guy coming up here. It’s just a waiter? I’m so sorry. It’s just been a little alarming — you know what I mean?”

He continued, “In deference to the people coming out here, let me just say this: When the show is finished, I will be in the lobby, and if anybody wants to come and beat me up, by God, come on out. How many of you would like to hit me right now?”

On Tuesday, Chappelle was tackled as he was leaving the Hollywood Bowl stage by an armed 23-year-old man later identified as Isaiah Lee. Event security intervened, pulling Lee off Chappelle before he was detained by police. Although Chappelle was not injured during the incident, police reported Lee sustained superficial injuries and was taken to a local hospital.

Lee was later charged with four misdemeanors; however, Chappelle’s lawyer asked the District Attorney to “correct mistake” and charge Lee with a felony in order to send a message that entertainers are not an open target for their audience.

Chappelle later joined Chris Rock — no stranger to onstage violence as the recipient of Will Smith’s infamous Oscar slap — to talk about the incident during an impromptu comedy set.

Letterman’s appearance at the Netflix Is a Joke Fest comes weeks before the fourth season of his My Next Guest Needs No Introduction is set to premiere on the streaming service. This season’s guests include Cardi B, Billie Eilish, Ryan Reynolds and, ironically, Will Smith, although that interview was conducted prior to the Academy Awards.