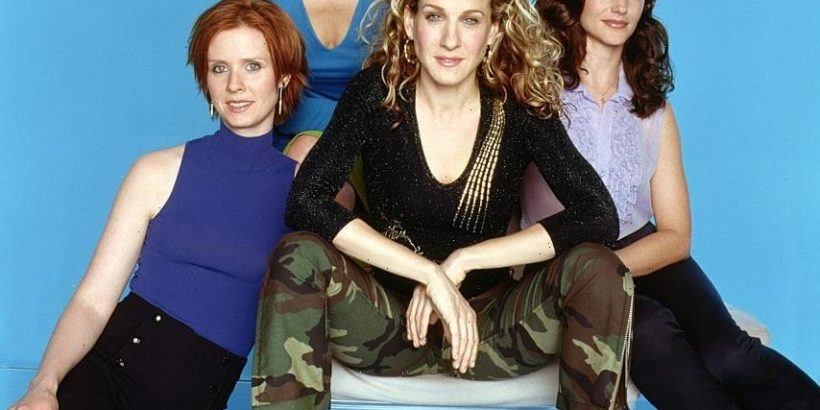 During Sex and the City’s six-season run, Carrie Bradshaw wore a lot of great outfits. The sex columnist’s wardrobe was the envy of fans, and Patricia Field, the show’s stylist, fought hard for her favorite outfits. Carrie’s most iconic and expensive outfit was worn in the show’s final episode, but it almost wasn’t included. Field had to push hard for Carrie to don the dress in the first place.

Carrie Bradshaw wore an $80,000 Versace dress in the Sex and the City finale

The team behind Sex and the City pulled out all of the stops for the season six finale. Knowing it would be the show’s final moments meant the cast had to go out big, and Carrie’s fashion choices matched the mood. While waiting for her not-so-perfect boyfriend, Aleksandr Petrovsky, to return, she fell asleep. When he returned to the room, fans saw Carrie in a massive and utterly incredibly dress.

The dress, pooled around Carrie on the bed in her gorgeous Paris hotel, wasn’t a vintage find or a bargain basement steal. The gown was valued at $80,000 back in 2004, when Sarah Jessica Parker, the actor who portrayed Carrie got to wear it. It was the most expensive dress she ever wore in the series, but it almost didn’t make it into the show.

Field was desperate to see Carrie wear the famed Versace dress in the series finale, but she received some pushback. According to Jennifer Kieshin Armstrong, author of Sex and the City and Us, Michael Patrick King thought the dress impractical. He believed it would have been impossible for Carrie to have packed the heavily layered gown when she left New York.

Field reportedly told King to figure out a way to make it happen, and he did just that. The dress was never seen on the streets of Paris. Carrie donned much more practical outfits while out and about. Instead, the team filmed Carrie lying down with the dress flaring around her, making for a truly picture-perfect moment.

Field’s instincts were correct, as usual. The famed costume designer was right to push for Carrie to wear the dress in the final moments of the series. Fans consistently rank the gown among the most memorable outfits worn by the famed sex columnist.