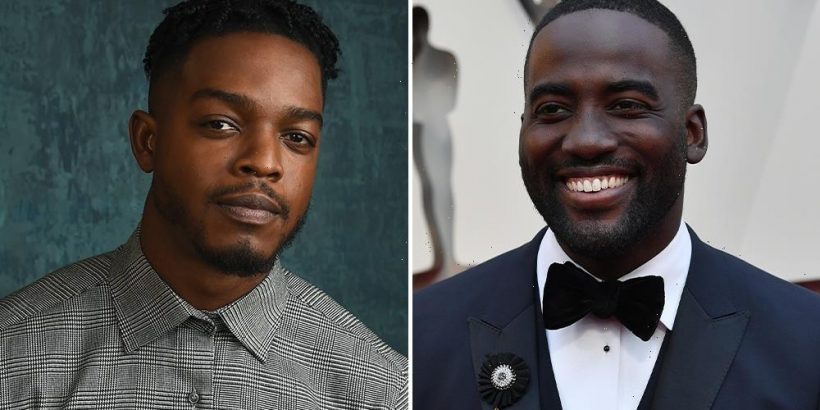 “Shamier and Stephan are true creative forces,” said David Fortier and Ivan Schneeberg, co-executive chairmen, Boat Rocker Media, and co-chairmen, Boat Rocker Studios, in a statement. “As actors, producers, business leaders and activists, they are breaking new ground and achieving new heights. Everybody at Boat Rocker is thrilled to be partnering with them as they embark on telling the stories they want to tell to the world. Stephan’s and Shamier’s unabating energy and enthusiasm combined with their talent and creativity make the potential behind this venture truly special.”

“It’s been a tremendous experience working with Shamier in our Apple series ‘Invasion’ and we’re so excited Stephan signed on to star in ‘Beacon 23,’” added Katie O’Connell Marsh, Vice-Chair, Boat Rocker Studios. “Through our many conversations, it became clear that putting together a larger deal to help Shamier and Stephan further their goals and aspirations in building Bay Mills Studios was such a logical and exciting next step. Their creative passion and vision for the future is inspiring and matched by our mutual ambitions.”

“We are incredibly excited to join forces with Boat Rocker to bring riveting content to the thriving television landscape. As a whole, Co-Chairmen David Fortier and Ivan Schneeberg & Vice-Chair Katie O’Connell fundamentally believe in our creative ambitions and reflect much of the visionary storytelling we admire as artists,” Anderson and James continued in the statement. “Our goal through Bay Mills Studios is to help shift the cultural paradigm in giving a platform to inspired and underrepresented voices, changing the way we see the world through art. We couldn’t ask for a better partner in daring to dream as much as we do, all while having the global reach to encourage others to do the same.”

Anderson is slated to star in Simon Kinberg’s “Invasion” for Apple TV Plus, premiering soon on Oct. 22. He was named a TIFF Rising Star in 2019 and is currently co-writing a story for an original motion picture screenplay for New Line Cinema, and he will executive produce the feature (“Super High”) which stars Andy Samberg, Common and Craig Robinson. Anderson will also be seen in the fourth installment of the “John Wick” franchise. James is an Emmy and Golden Globe-nominated actor and producer, who has starred in Amazon’s “Homecoming,” in Ava DuVernay’s “Selma” and in Barry Jenkins’ “If Beale Street Could Talk.” He will star opposite Lena Heady in Boat Rocker and Spectrum’s “Beacon 23″ for AMC Networks,” and is currently in production on the Apple TV Plus drama “Surface.” In 2016, the brothers co-founded B.L.A.C.K., which aims to combat systemic racism while celebrating Black talent in Canada across film, television, music, sports and culture. The Black Academy, a division of B.L.A.C.K., has secured a multi-year deal to broadcast its awards show, produced by Insight Productions, a Boat Rocker Company.