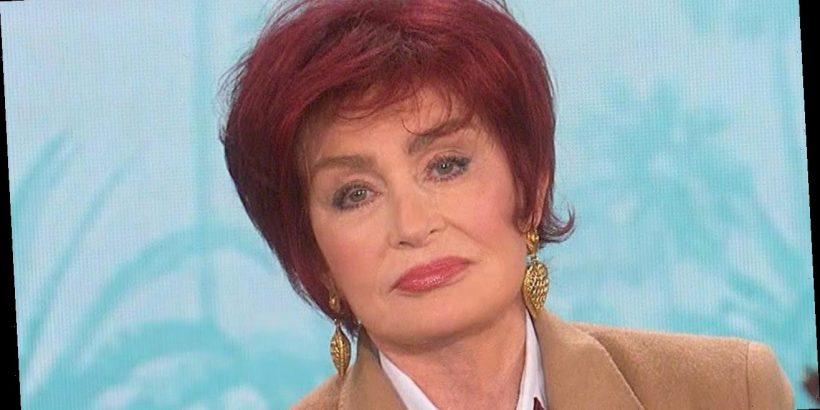 Sharon Osbourne is clarifying statements made on Wednesday’s The Talk when she got into a heated discussion with her co-hosts that started with her defending Piers Morgan but quickly led to talking about matters of race.

Osbourne was defending Morgan after he faced backlash for saying he did not believe statements made by Meghan Markle in her interview with Oprah Winfrey, one of which was that she was suicidal while still a senior member of the royal family and that prior to her giving birth to Archie, one of the royals expressed concern about the color of his skin.

On Wednesday’s The Talk, Osbourne said that Morgan, her friend, had a right to express his opinion, while Sheryl Underwood argued that “he doesn’t want to understand how Meghan was treated was racism and then says…I don’t see it as being racist — I don’t believe what she’s going through — it’s that white entitlement, privilege that makes it racist upon itself.”

Underwood added, “So if you’re saying I stand with you, how do you address people who say then you are standing with racism? I’m not saying that you are.”

While The Talk did not address the heated discussion on Thursday’s show, Osbourne did take to social media to apologize and further explain her point of view.

“After some reflection, after sitting with your comments and sitting with my heart I would like to address the discussion on The Talk this past Wednesday. I have always been embraced with so much love and support from the Black community and I have deep respect and love for the Black community. To anyone of color that I offended and/or to anyone that feels confused or let down by what I said, I am truly sorry,” she tweeted. “I panicked, felt blindsided, got defensive and allowed my fear and horror of being accused of being racist take over. There are very few things that hurt my heart more than racism so to feel associated with that spun me fast! I am not perfect, I am still learning like the rest of us and will continue to learn, listen and do better.”

The lengthy statement continued, “Please hear me when I say I do not condone racism, misogyny or bullying. I should have been more specific about that in my tweet. I will always support freedom of speech, but now I see how I unintentionally didn’t make that clear distinction.

Osbourne concluded, “I hope we can collectively continue to learn from each other and from ourselves so we can all continue to pave the way for much needed growth and change. The community on this platform means a lot to me. I hope we can all hold each other up with accountability, compassion and love during this powerful time of paving the way for so much needed change.”

Upon seeing Osbourne’s message, Morgan responded via Twitter and demanded an apology from The Talk. “Sharon’s been shamed and bullied into apologizing for defending me against colleagues accusing me of racism because I don’t believe Meghan Markle’s bullsh*t,” he wrote. “This is where we’ve reached. I demand an apology from those @TheTalkCBS bullies for their disgraceful slurs against ME.”

Osbourne’s statement comes after a source told ET that the co-hosts met after their show on Wednesday in a closed-door meeting to discuss what happened between Underwood and Osbourne on-air. The source added that nothing was resolved.

Here’s more on the controversy surrounding Morgan that led to a big argument on The Talk.