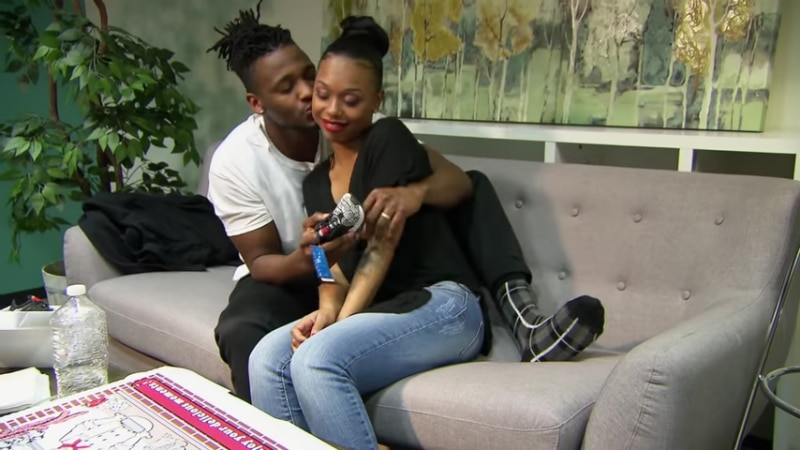 It seems like just yesterday that Shawniece surprised Jephte with news that she was pregnant with their first Married at First Sight baby. Now, their bouncing baby girl is here!

It turns out that baby Laura Denise came three weeks early and was born on August 20. How she kept the baby news quiet for so long is shocking but we’re happy to hear that both mom and baby are doing great.

Shawniece Jackson shared her baby news with People, revealing that she was in labor with her baby girl for five hours. She gave birth to baby Laura at 7:47 am and she weighed in at 5 lbs 15 ounces. The healthy baby girl was 17 3/4 inches long.

I want to welcome my heart to the world. Our precious beautiful little baby Laura Denise. Ima say it once world… Be careful with her ❤️❤️??????

“Seeing my daughter and holding her for the first time was magical,” Shawniece told People. “There are no words that can describe that feeling. I remember, before she was born, thinking about her features and if she’d have hair. I was born bald. So the first thing my mama said as I pushed her out was, ‘Look at her hair.’ What a moment we all had in the delivery room. I’m just so honored to be her mom.”

It was back in April that we learned officially about Shawniece and Jephte’s pregnancy journey.  They shared a lot on Twitter about how excited and scared they were to become parents.

Not long after, Shawniece and Jephte shared the gender of their girl, revealing to the world that they were expecting a baby girl. Shawniece did a photo shoot for Ebony magazine and in it, Jephte held a picture of her ultrasound with pink on it to signify that they were having a girl.

We also learned that the couple from Season 6 of Married at First Sight will be one of three couples featured on the new spinoff, Married at First Sight: Happily Ever After. With the premiere of the new Lifetime series on October 30, we’ll definitely get to see at least part of Shawniece’s pregnancy and hopefully even get to meet the newest MAFS baby.