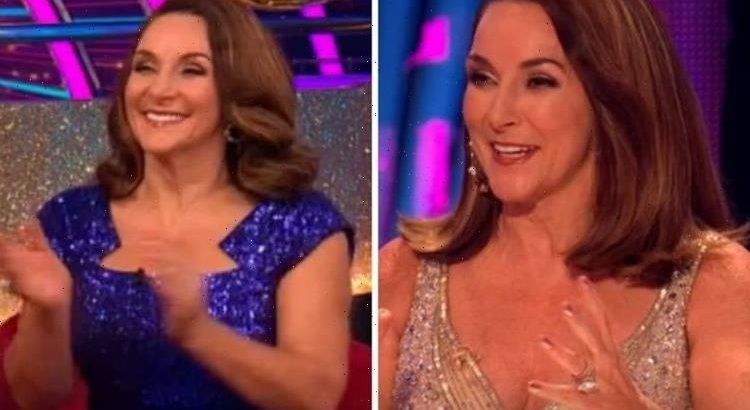 Strictly: John Whaite discusses making it to the final

The final of Strictly Come Dancing will air on Saturday night and will see AJ Odudu, Rose Ayling-Ellis and John Whaite battle it out in a bid to impress the judges, but only one will lift the Glitterball Trophy. However, in an exclusive interview with Express.co.uk, Uberkinky’s body language expert, Ruby Payne, claims judge Shirley Ballas is favouring John Whaite and his dance partner Johannes Radebe to win.

Discussing the duo’s chemistry on the dance floor, Ruby began: “History-making pair John and Johannes have only gotten better.

“Their strong connection is only getting stronger, and you can tell they are both perfectly in sync with one another.

“The non-verbal connection between the two is incredible – they have great eye contact and close interactions – showing that their bond is damn near unbreakable.

“I think John and Johannes are the strongest rivals, and Rose Ayling-Ellis and Giovanni Pernice, they won’t let that Glitterball Trophy go easily. “

“When giving feedback to John, you can see her face come alive with emotion.

“She becomes more animated, and her voice can get quite high, all of which suggests she was genuinely impressed by their performance.”

“Open palms held upwards especially show that she is being very honest and sincere.”

Ruby believes Shirley and Motsi have their favourites on the BBC show, although, she claims fellow judges Craig Revel Horwood and Anton du Beke are “not giving anything away”.

“I’ve already touched on the feelings of Motsi and Shirley, both of whom seem to have developed an affinity for two out of three couples still in the competition,” the expert said.

“That leaves us with Craig Revel Horwood and dancer-turned-judge Anton du Beke who, as per usual, give nothing away,” she added.

“Craig, in particular, conveys the same tone of voice and the same non-verbal communication regardless of who he is talking to.”

Ruby went on to add that Craig’s “micro-expressions” stay the same, which suggests he doesn’t have a favourite couple.

“Those who have watched the show for years now will know that Craig is consistently critical,” the expert explained.

She concluded: “He has everyone’s development at heart – and he certainly isn’t one to show emotion or play favourites.”

On Saturday, one celebrity will be crowned the winner of Strictly 2021 and will lift the Glitterball Trophy.

With the recent odds from bookmakers, Ladbrokes claim Rose is the favourite to win.

John is close behind her with odds of 8/1, while AJ is this weekend’s 14/1 outsider.

Alex Apati of Ladbrokes said: “Record-breaking Rose is a shoo-in for this year’s Glitterball Trophy, with the odds suggesting John will take the second podium spot ahead of AJ.”

Strictly Come Dancing airs on Saturday at 7pm on BBC One.