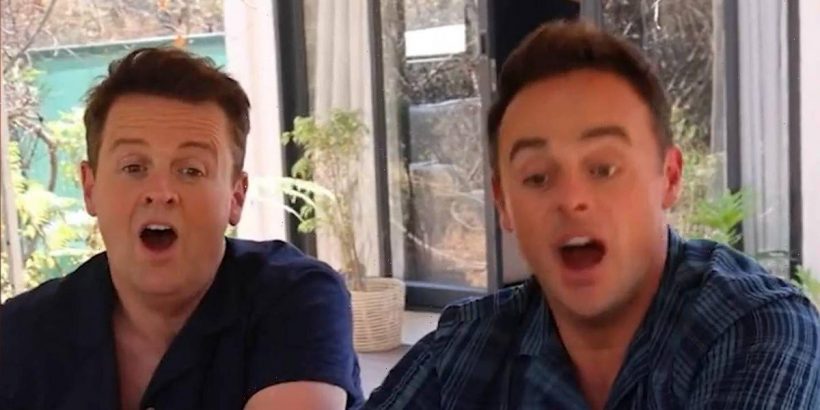 Ant and Dec have shared their reactions to the cast of this year’s I’m A Celebrity… Get Me Out Of Here!.

Presenting duo Ant McPartlin and Declan Donnelly recently landed in Australia ahead of the start of this year’s ITV reality show, which is returning to the country for the first time since 2019.

The pair are seen reacting as they are shown photos of the show’s new campmates on a screen by a crew member and seemed thrilled to find out who will be joining them in the jungle this year.

With the celebrity contestants concealed from viewers, Dec said to one reveal: “She's fun and feisty,” and then moments later on another: “She would hate every minute of it.”

To another face, Ant said: “We knew we would get you on there one of these days”.

Meanwhile, Dec said of another cast member that the pair had run into him recently and he had “never mentioned a thing” to them.

Ant and Dec ultimately labelled the line-up a "very good cast" before joking that they would post it on social media.

We've already seen a few celebs arrive Down Under for the show, with details of the full cast finally emerging with less than two weeks to go until the first episode. This year's series will kick off with an 105 minute special on 6 November at 9pm.

Ant and Dec are then poised to set a series of challenges for them to make their way into the jungle camp near the town of Murwillumbah in New South Wales.

Campmates will be thrown in at the deep end for their first challenge for 2022, as new photos have revealed the contestants will have to face a terrifying 'Walk The Plank' challenge from the top of a 30 storey high skyscraper.

The set-up looks similar to challenges in previous years where campmates have been suspended from high platforms in order to gain stars for their camp – but with the threat of a terrifying drop beneath them.

I’m A Celebrity made a temporary move to Gwrych Castle in Wales for 2020 and 2021 due to the Covid pandemic, but is returning to its home Down Under for this year’s series.

It was confirmed in September there will be an all-star series of I’m A Celebrity… Get Me Out Of Here! hosted from South Africa next year.

Ant and Dec also confirmed that famous names from the last 20 years of the ITV show will return to compete.