Showtime is taking a familiar tack with this weekend’s season premieres of two returning shows and the series premiere of a third. The premium cabler has released the first episode of The Chi‘s fourth season and the debut of new comedy Flatbush Misdemeanors for free online, with the Season 3 kickoff of Black Monday set to join them on Sunday.

The premiere episodes will be available on YouTube, Showtime.com, Sho.com and across multiple partner platforms. All three shows premiere May 23. — The Chi at 9 p.m., Black Monday at 10 and Flatbush Misdemeanors at 10:30.

Showtime has deployed the free-preview strategy numerous times over the years, most recently with Shameless, Your Honor and several others around Christmastime.

Created and executive produced by Lena Waithe, The Chi revolves around a group of residents on Chicago’s South Side who bond deeply, after connecting by coincidence. The Season 4 cast includes Jacob Latimore, Alex Hibbert, Yolonda Ross, Shamon Brown Jr., Michael V. Epps and Birgundi Baker. Luke James and Curtiss Cook have been upped to series regulars this season. 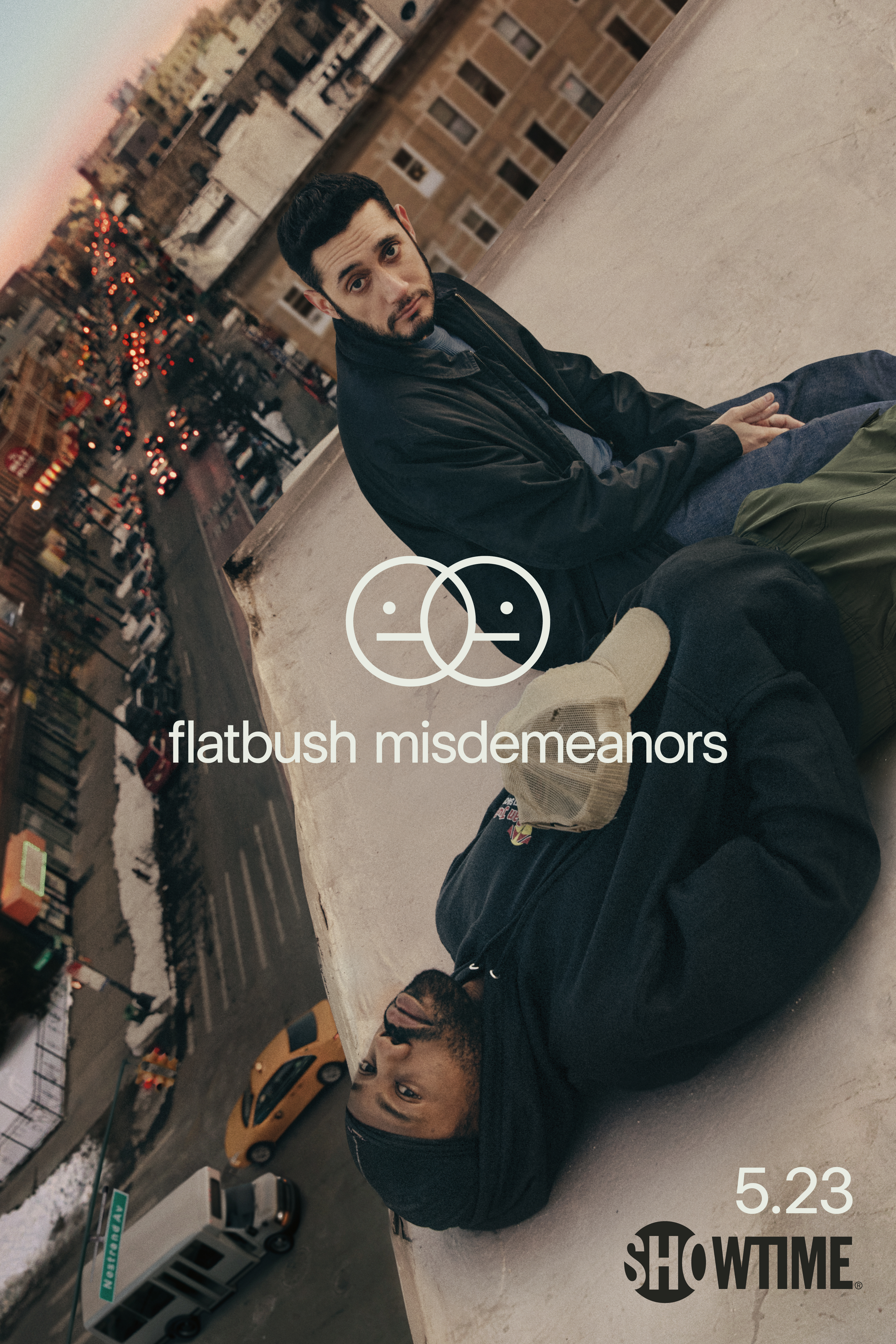 Created, written by and starring Kevin Iso and Dan Perlman, the new half-hour comedy Flatbush Misdemeaners follows their characters as they struggles to thrive in their new surroundings in Brooklyn’s Flatbush neighborhood. The two longtime friends seek to climb out of their heads and connect with others. Iso and Perlman also executive produce the series from Showtime and Avalon. Dear White People’s Nastaran Dibai serves as showrunner, and Justin Tipping directed the pilot.

Here are detailed season synopses for the returning shows, followed by the key all for all three: 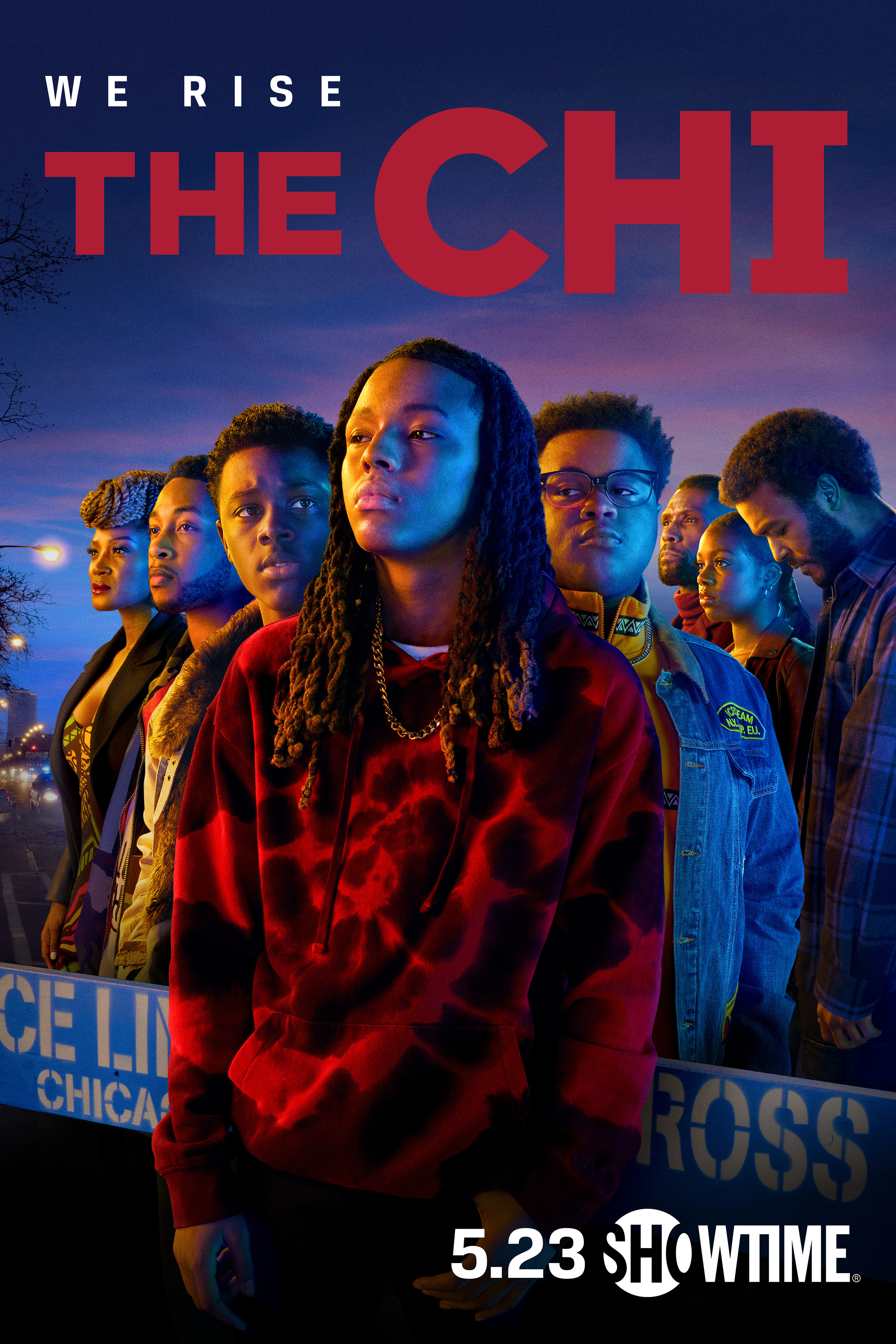 The Chi’s fourth season will look at the wide-ranging effects of policing in the Black community after Jake (Epps) has a fateful run-in with a group of officers. Newlyweds Emmett (Latimore) and Tiff (guest star Hannaha Hall) deal with the repercussions from his affair with Dom (guest star La La Anthony). Kiesha (Baker) grapples with her pregnancy, while Jada (Ross) finds love where she least expects. The relationship between Kevin (Hibbert) and Jemma (guest star Judaea Brown) takes a turn, and Papa (Brown) launches a new venture. New mayor Douda (Cook) harnesses his newfound power while navigating his complicated relationship with wife Roselyn (guest star Kandi Burruss). Meanwhile, Trig (James) and Imani (guest star Jasmine Davis) are on a personal mission to help their community. Season 4 guest stars also include Tabitha Brown (Princess of the Row) as Octavia, a successful interior designer who crosses paths with Kiesha; Jason Weaver (Smart Guy, ATL) as Rashaad “Shaad” Marshall, an old friend of Trig’s struggling to rebuild his life; Vic Mensa as Jamal, whose fight to get help for his family places him at odds with Trig and Tracy (guest star Tai Davis); and Da Brat, who plays LaPorsha, a truck driver whose arrival in town will impact the Williams family. 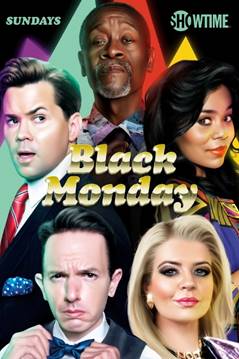 Season 3 of Black Monday grooves into the 1990s. Mo (Cheadle) dips into the music business with the launch of KokoMo Co Records. But the crown jewel in his new venture, Nomi (guest star Adrienne Wells), a self-possessed young talent with the voice to prove it, might be too hot to handle. Meanwhile, Dawn (Hall) is serving her sentence and herself by exploiting her business savvy behind bars. Freshman Congressman Blair (Rannells), a guppy navigating shark-filled political waters, is aided by his equally ambitious new Young Republican handler Werner (guest star Thomas Barbusca). Keith (Scheer) is morphing, literally and figuratively, into a lost Leighman Brother, while the red-hot success of Skants is catapulting Tiff (Casey Wilson) to mega-moguldom. But all their happy days are numbered when it’s revealed that a killer is lurking among them. As the body count climbs and the threats multiply, our band of traitorous traders will be running for cover before margin call. And how do jazz, drag queens, corndogs and fart closets factor into it?