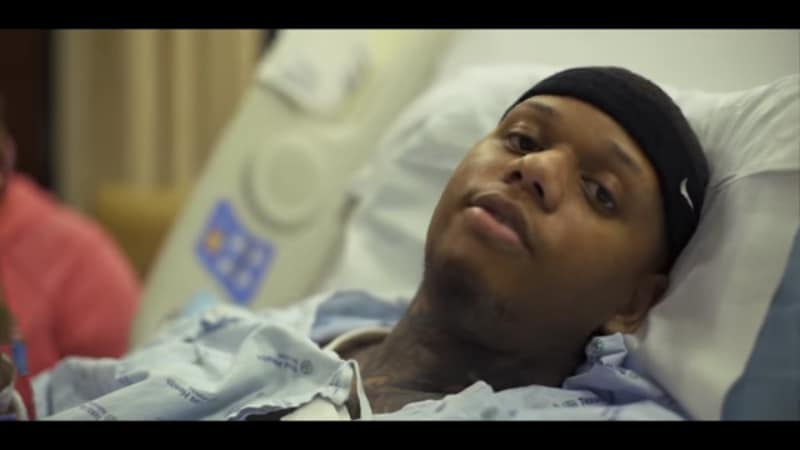 Yella Beezy is thankful to be alive, something he talks about in his brand new music video for Sinner’s Prayer.

He has a lot to be thankful for because just weeks prior to the release of this new song, Yella Beezy almost died when he was the victim of a shooting in Lewisville, Texas on the way home from a club.

After surviving the horrific shooting on the tollway in Lewisville back in October, the Dallas native has been working overtime to release more music including Sinner’s Prayer, which was partially filmed in his hospital room as the rapper recovered.

“I know every day you’ve been right there. Question — Do you hear a sinner’s prayer?” Yella Beezy raps while sharing how grateful he is to have survived.

“I pray you bless my hustle so I can get my paper on,” he rhymes later in the song.

The latest from Yella Beezy already racked up more than 273,000 listens in just 19 hours. That’s not his only success since surviving the late-night shooting that nearly took his life.

Just one week ago, a remix for That’s On Me was released featuring Rich The Kid, T.I., Boosie Badazz, Trapboy Freddie, 2 Chainz, and Jeezy.

With star power like that, the track was destined to do great but it’s already been watched 8.2 million times. That’s 3 million more than the original song, which was released five months ago.

It’s no doubt that Yella Beezy is a hip hop star on the rise and considering his extreme hustle in the days following his shooting, there’s no telling how big he can get.