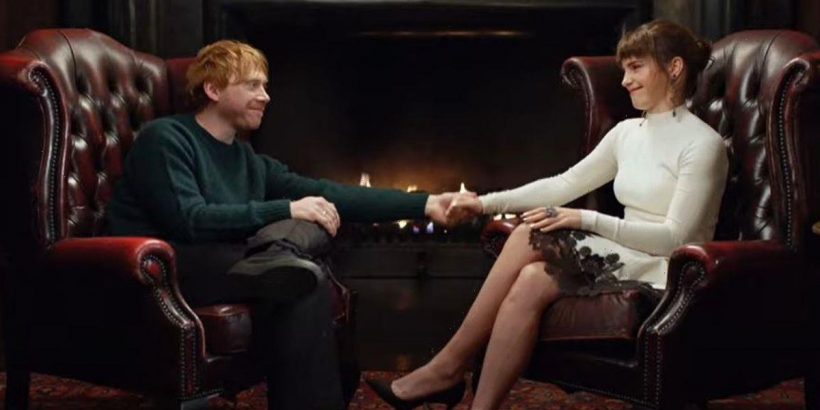 The trailer for the upcoming Harry Potter reunion has dropped, and you might want to get your tissues at the ready.

It was announced last month that the cast of the hit franchise would be coming together to celebrate the 20th anniversary of the first film, Harry Potter and the Philosopher's Stone, hitting cinemas in 2001.

The author of the books JK Rowling isn't thought to be starring in the reunion.

Since then, Harry Potter fans have eagerly awaited the trailer for the programme, and today, Monday 20 December, it was finally released.

A glimpse of The Return to Hogwarts special dropped at the beginning of December.

In the newly released full-length trailer, the likes of Daniel Radcliffe, Emma Watson, Rupert Grint and Helena Bonham Carter can all be see reminiscing about the fantastic films, with parts of the show being filmed in iconic Harry Potter locations such as Platform 9 3/4 and Gryffindor's common room.

Daniel Radcliffe teases in the video: "The thing that scared me the most was the implication that the most meaningful thing in our life was done, and that there's something so joyous about seeing everyone and be like, 'Well, it wasn't though'."

Meanwhile, in an emotional conversation between Emma Watson and Rupert Grint, Rupert discussed how he's watched his co-star grown up and has seen "every moment of (her) life".

"There's a strong bond that we'll always have," he added.

Teasing the reunion in November, Emma took to Instagram to gush about the Harry Potter series and all those who were involved with the making of the films.

She wrote: "Harry Potter was my home, my family, my world and Hermione (still is) my favorite fictional character of all time. I think a journalist once said it was irritating how many times during an interview I mentioned how lucky I was and started counting… BUT I DAMN WELL KNEW!!! And still know.

"I am proud not just of what we as group contributed as actors to the franchise but also as the children that became young adults that walked that path. I look at my fellow cast members now and I am just so proud of who everyone has become as people.

"I am proud we were kind to each other that we supported one another and that we held up something meaningful.”

The Return to Hogwarts special airs on Sky Max on New Year’s Day.


For updates on all your favourite celebs, sign up to our daily newsletter here.