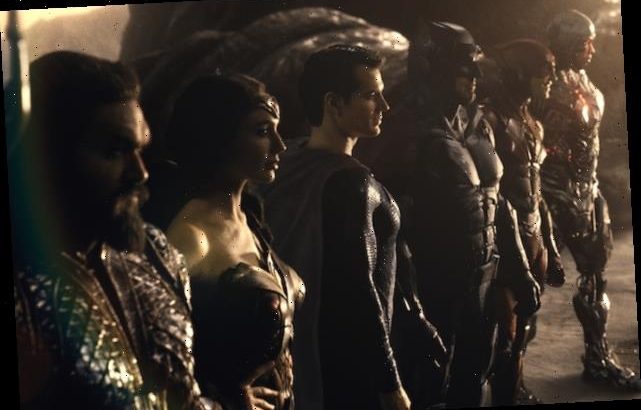 Simply said, #SnyderCut gave you more. More of everything. Usually for the (much!) better, but in a few cases for the worse. (Disclosure: I fast-forwarded through all the Lois/Martha stuff, if only to complete my advanced screening by 1 am last night. Feel free to tell me what I missed! Really.)

Told in six-plus “parts,”  the #Snyder cut delivered, among other things (FULL AND TOTAL, 100%-COMPLETE SPOILERS AHEAD):

MORE CHARACTERS | Ryan Choi, played by Kai Zheng. Iris West (though I don’t believe she was ever actually named), played by Kiersey Clemons. But first and foremost Darkseid (played by Ray Porter of… let’s go with TV’s Justified).

MORE DOTS CONNECTED | To cite but a few examples, we now know how Diana connected the fire that was started by the Arrow of Artemis specifically to a Mother Box hunt. We now see that Batman et al didn’t simply waltz into S.T.A.R. Labs to make use of the Kryptonian scout ship. We now see that the fight to infiltrate Steppenwolf’s stronghold in Russia was longer, more tactical, and more brutal. 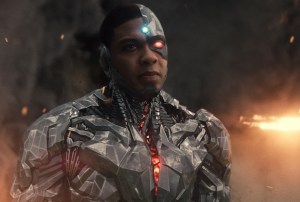 MORE BACKSTORY | Victor Stone/Cyborg, who was the most paper-thin of characters in Justice League, got the biggest backstory upgrade, exponentially increasing the screen time for both Ray Fisher and Joe Morton. We became well-versed on why their father/son dynamic was so complicated by tragedy, and learned how Cyrus came into possession of a Mother Box in the first place. Similarly, we got a bit more on Barry Allen and Arthur Curry (which set the stage a smidgen more for the latter’s  own Aquaman movie).

MORE MOTIVATION | In the OG Justice League, Steppenwolf was acting alone to acquire all three Mother Boxes, create the Unity and terraform Earth. There was no “man behind the man,” the CG-animated backstory that Wonder Woman related was his and his alone. The #SnyderCut, though, told a richer, better story — that Steppenwolf was on a redemption tour of sorts, targeting world after world until he stumbled upon the one, Earth, that had the Anti-Life Equation literally etched into its surface. With this discovery, Steppenwolf would score big, huge points with his master Darkseid. 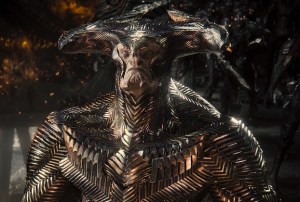 MORE DETAIL | Speaking of Steppenwolf… holy glow-up, man! What was just a garden-variety CGI galoot in Justice League gained a more fearsome, prickly armor  that literally bristled in scenes. Ditto for Cyborg, who in Justice League was much more often clad in that comically oversized, lumpy hoodie, but here got to shine/gleam as an articulated man-machine.

MORE CHANTING | Admit it, the “ah-ooh-ahhhhh!” chorals that served as a music bed for many scenes, namely Diana’s, got to be a bit much. Give us more of her standalone movie’s synth/electronica! 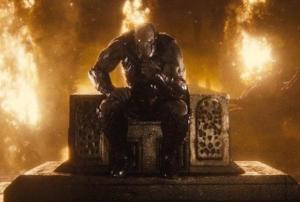 MORE FINAL SHOWDOWN DRAMA | In Justice League, Barry was relegated to evacuating the sad Russian village. Here, he was tasked with generating enough of a charge to propel Cyborg into the united Mother Boxes. Alas, that didn’t work out so well, leading to what for a moment felt like it would be a tragic, Infinity War-type cliffhanger… but then reversed itself, thanks to some daring “time travel” by Flash. And it all built to a moment that made clear what movie was ostensibly next, with a cheesed-off Darkseid resolved to pursue Plan B to seize Earth.

MORE EPILOGUE (LIKE, TONS MORE) | The original Justice League tacked on a two-minute scene that led to an escaped Lex Luthor inviting Slade Wilson aka Deathstroke (Joe Manganiello) to help him form “a league of our own.” The #SnyderCut, meanwhile, closed out with some 20 minutes of bonus scenes — primarily, a post-apolcaltypic sequence that revisited Bruce Wayne’s brief Knightmare from Batman v Superman: Dawn of Justice, showing Earth in ruins due to the Anti-Life Equation. In this possible hellscape, Batman is allied with a scruffier Flash, Cyborg, Aquaman‘s Mera, Slade Wilson and Suicide Squad‘s Joker (played by Jared Leto), against a Superman turned evil by Darkseid, after being made vulnerable by the loss of Lois. Bruce wakes from this extended Knightmare to be greeted by a helpful Martian Manhunter (played by Man of Steel‘s Harry Lennix).

What did you think of Zack Snyder’s Justice League? How many sittings did it take to get through it? And what all did you notice was  missing from the original film? (To cite two small dialogue examples, Batman doesn’t give Barry that “save one” speech, nor does he gave that great “Sorry, I didn’t bring a sword” line.)