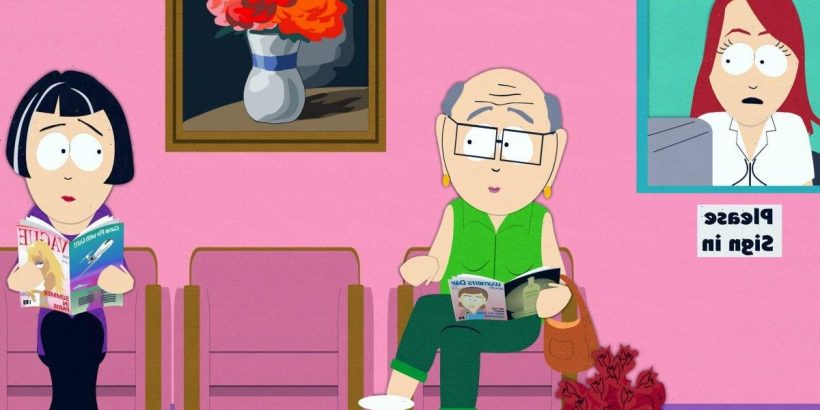 South Park has been on the air for so long, creators Trey Parker and Matt Stone periodically make big changes to try something new. The kids graduated to 4th grade. Stan Marsh became a marijuana farmer and moved the family to a far. Mr. Garrison has had multiple gender reassignment surgeries.

Season 9 saw Mr. Garrison become Mrs. Garrison. He has since reversed the procedure, and later became South Park’s stand-in for Donald Trump. In the DVD commentary for Season 9, Parker and Stone revealed they had a much more elaborate, and graphic, plan for Mr. Garrison’s sex change.

South Park Season 9 premiered with the episode “Mr. Garrison’s Fancy New Vagina.’ Nobody ever said Parker and Stone were subtle. When Garrison goes in for the procedure, the episode intercuts actual medical footage from a gender reassignment surgery. Parker revealed they originally padded the episode out with more footage.

“This footage was actually about four minutes long in the original cut,” Parker said. “We showed the entire sex change operation and we showed it to Comedy Central. We actually [told] Doug Herzog, the president, ‘No, you can’t just cut it out. It’s too good.’ Watching it now, I’m like why did we think that was sweet? I don’t know why.”

In the final episode as aired, there are only three brief cutaways to medical footage. Parker and Stone saw the light and didn’t subject South Park viewers to minutes of medical footage.

“It’s in there for three little one second things but it was about a minute,” Stone said. “And it was just Mr. Garrison over the whole thing going ‘ugh,’ narrating the whole thing.”

Parker admits they were vamping for time.

“We had no idea for an episode so we thought we’d just put that in,” Parker said. “I remember, we kind of went into the season with no ideas for some reason. We had a writers retreat, we came up with that Garrison should get his sex changed and kind of the hippie idea. The rest of the shows we did, we had to wing them every week. They kind of got better the less we thought about them.”

Mr. Garrison went to the right place for gender reassignment

In Parker and Stone’s defense, the storyline itself for “Mr. Garrison’s Fancy New Vagina” is sound. The Colorado natives drew on their state’s history of medical procedures for inspiration.

“Trinidad. Colorado is one of the world’s foremost places for sex change operations,” Stone said. “So it actually does make sense that Mr. Garrison goes to Trinidad for a sex change.”

Parker recalled learning about his state’s groundbreaking doctors growing up.

“There was a doctor there, at least when we were growing up, it was one of the only places that did it,” Parker said.