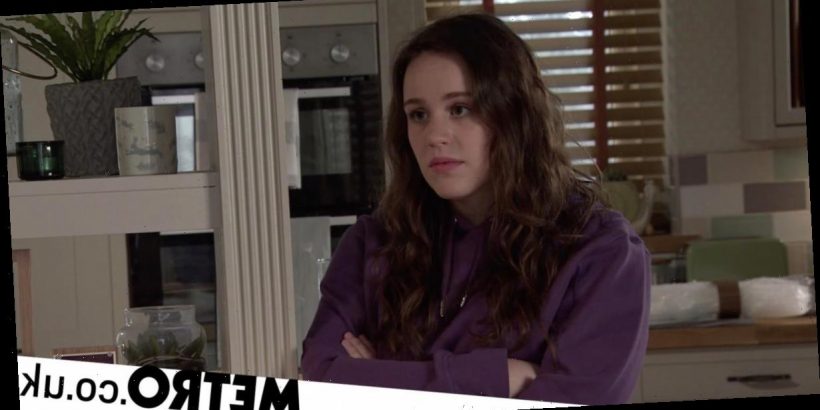 The reveal that none other than Faye Windass (Ellie Leach) was Adam Barlow’s (Sam Robertson) attacker in Coronation Street came as a shock to us all. Of course, Faye didn’t intentionally attack Adam, she attacked him thinking he was Ray Crosby (Mark Frost) after he tried to rape her.

With the guilt consuming Faye, it’s Tim (Joe Duttine) who makes an alarming discovery soon, but will this lead to Faye being jailed as she confesses to attacking Adam?

Tim asks Maria (Samia Longchambon) if she’s still got the rucksack he lent to Gary (Mikey North), but Maria explains she got rid of all of Gary’s stuff.

Faye confides in Maria that living with the guilt is making her ill and she’d rather own up to her crime, and when a police officer calls to question Tim about the rucksack, Tim is left curious when the police officer reveals it contained the weapon used in the attack on Adam.

Tim confides in Sally (Sally Dynevor) that Faye hasn’t been herself recently and he’s worried she might have something to do with the weapon concealed in the rucksack.

As Faye is struggling to keep a lid on her anxiety, will she end up in prison once she reveals she was Adam’s attacker?