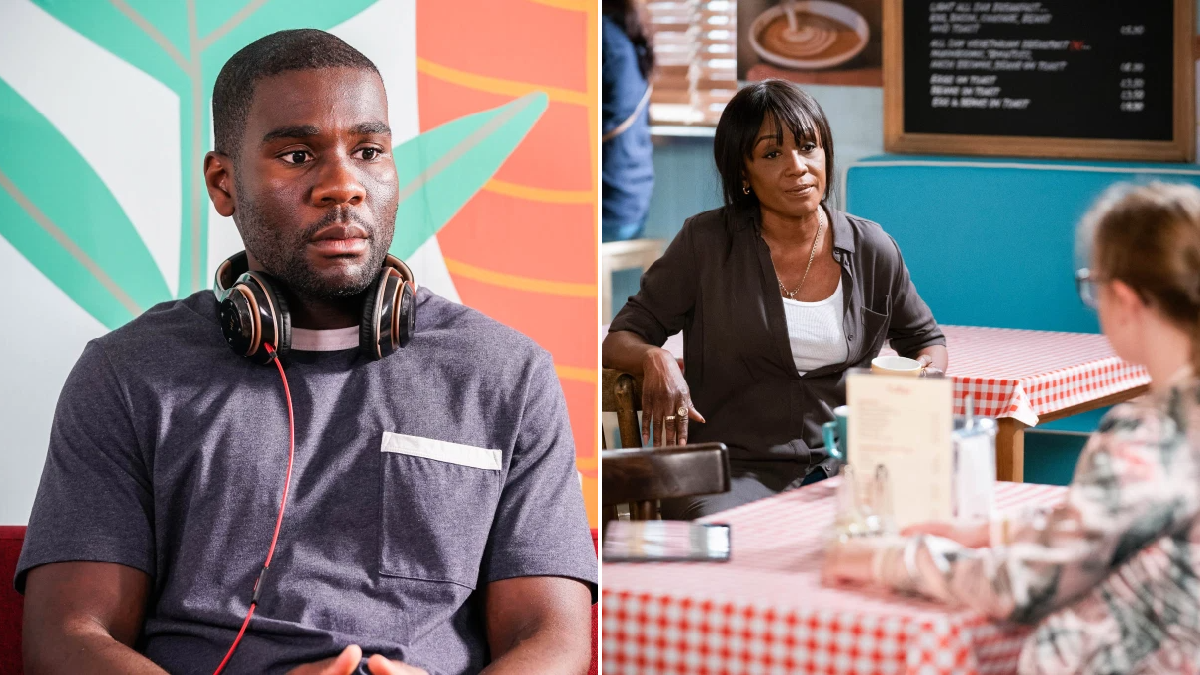 Isaac Baptiste (Stevie Basaula) is currently recovering from his schizophrenic breakdown in a mental health unit in EastEnders.

The teacher became convince Ruby (Louisa Lytton) was a danger to Hope, Arthur and Lily.

Determined to keep them safe, Isaac told the children to leave the house.

Locking himself indoors, the voices in Isaac’s head began to increase and he became overwhelmed with emotions.

After eventually leaving the house, Isaac was tasered by a police officer who thought he’d be a danger to those around him.

Isolated from the world and recovering, Isaac’s job could be on the line soon, but will he lose his career as a teacher simply because he has a mental health illness?

Kim (Tameka Empson) and Denise (Diane Parish) question Amy about her social media post on mental health but realise parents at school are leaving comments calling for Isaac to be let go.

Meanwhile, Lola (Danielle Harold) visits Isaac and a fellow patient called Jackie mentions her strained relationship with her son, which gets Isaac thinking.

When Isaac eventually returns home, how will he cope if he doesn’t have his job?