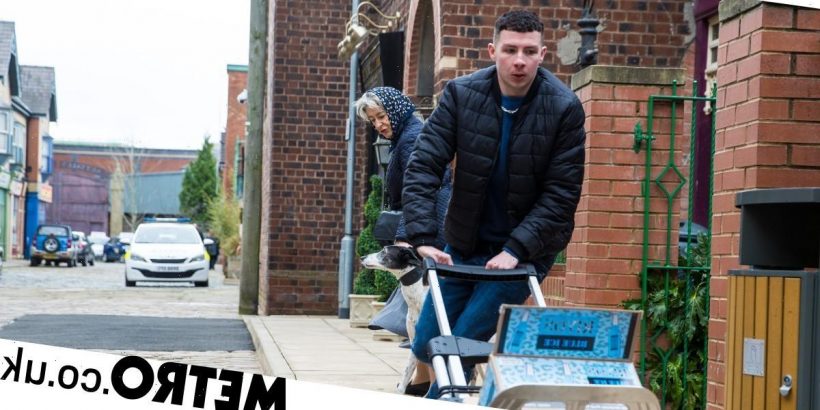 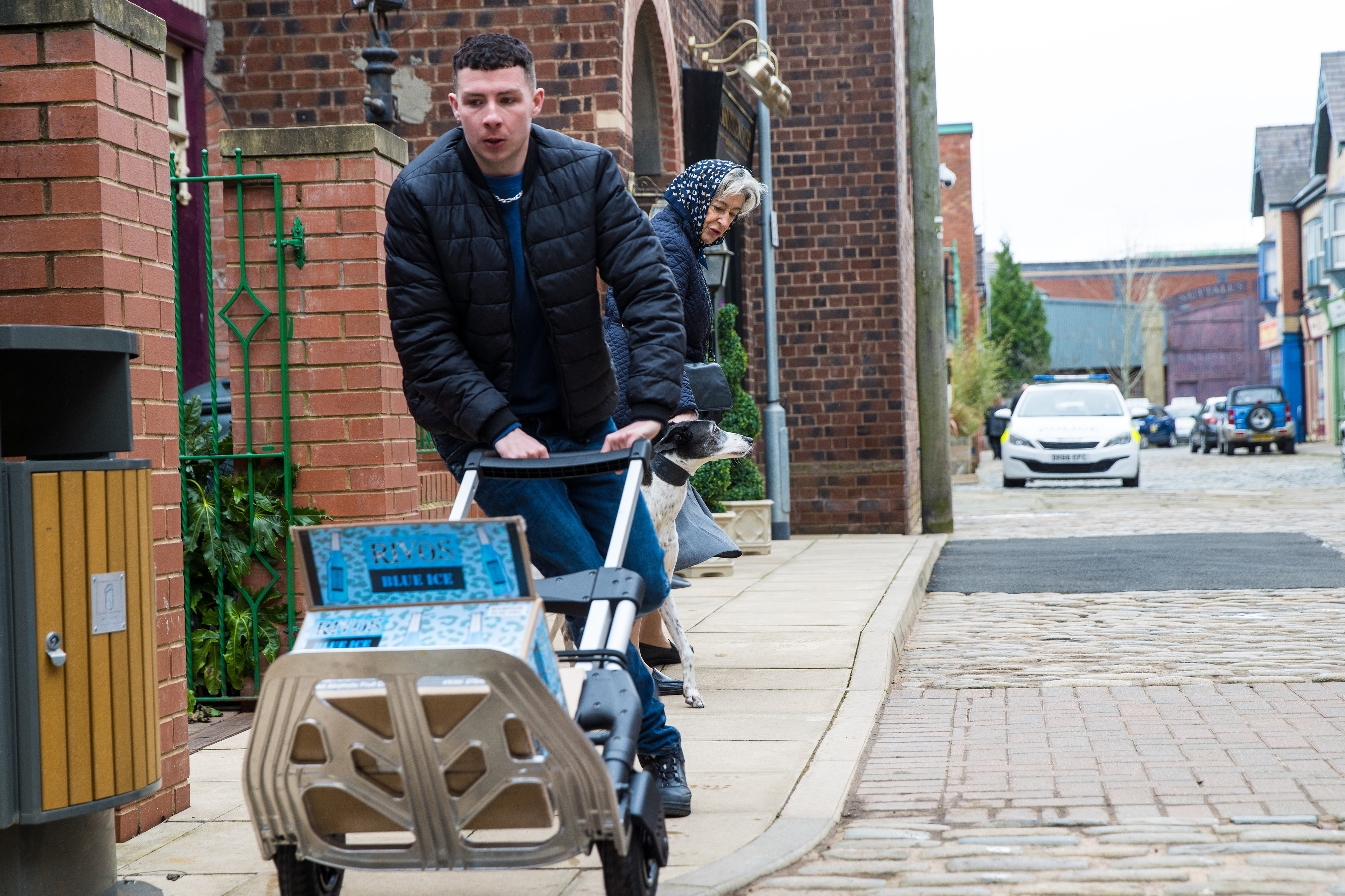 Coronation Street bad boy Jacob Hay (Jack James Ryan) has recently moved in with girlfriend Amy Barlow (Elle Mulvaney), who is convinced he’s a changed man and not the heinous drug dealer who made Simon (Alexander Bain) and Leanne (Jane Danson)’s lives a misery when he was last in Weatherfield.

Simon hasn’t forgotten what Jacob did, though, and he finds an opportunity for revenge in upcoming episodes when he calls the police on his erstwhile enemy.

Evelyn (Maureen Lipman) has over-ordered alcopops for the shop, so Jacob offers to buy them from her. His plan is to sell them on for a profit to help pay for his and Amy’s rent.

It sounds like something from The Apprentice, but of course you can’t just go off selling alcopops wherever you like to whoever you like. There are rules about that sort of thing, and by setting up his stall in Victoria Gardens, Jacob has broken quite a few of those rules.

Simon decides to let the police know about this, and they soon appear at Victoria Gardens. Jacob does a runner – leaving the rest of his stock behind.

And no doubt leaving Jacob wanting to have a very firm word with Simon – or worse.